She spent the next few years touring the globe with her band, showcasing her vibrant live abilities: a surreal, post-punk rebel with surfer-esque appeal. Her distinctive experimental sound, influenced by the likes of Nick Cave, Nirvana, Zeki Müren, and Selda Bağcan, has won her a legion of new international fans.

At the end of 2018, Gaye released her follow-up album, İstikrarlı Hayal Hakikattir (Glitterbeat), winning more plaudits for its soulful, rich musical palette. The 10-track album pitches Gaye as a poetic folk chanteuse with a strong political message, as she dreams of “pure freedom” and seeks to “create a counter-reality in order to challenge organised evil”.

Musically, her band’s impressive folk-rock sounds again come to the fore: sturdy bass riffs and percussion woven into Turkish melodies, with a dash of electronica, and traditional Turkish stringed instruments the oud, bağlama and cümbüş.

It’s won Gaye a nomination as Best Artist at this year’s Songlines awards, where she will also perform on Saturday 30 November. So if you’ve missed your chance to get a ticket for her Friday sell-out concert at the Jazz Café, buy fast for Songlines, where you will also get a chance to see remarkable artists from around the world including Mariza, Fatoumata Diawara, Catrin Finch & Seckou Keita, and Monsieur Doumani live. 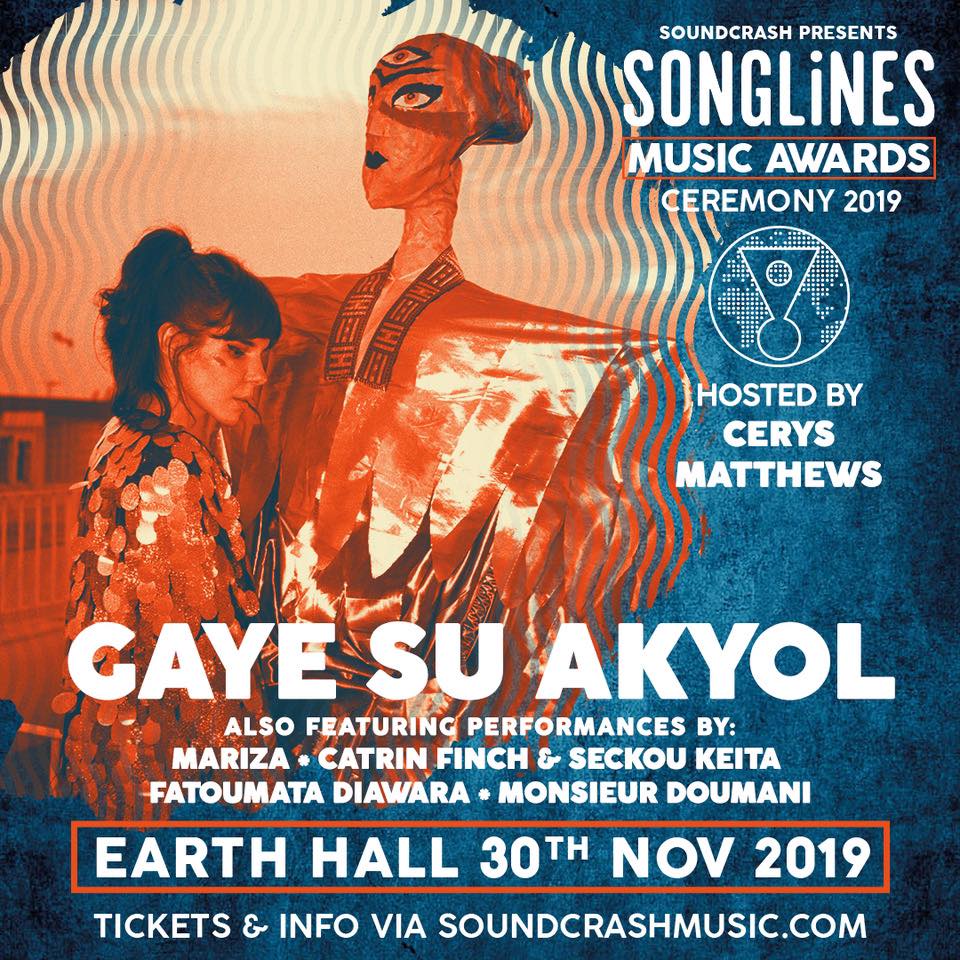