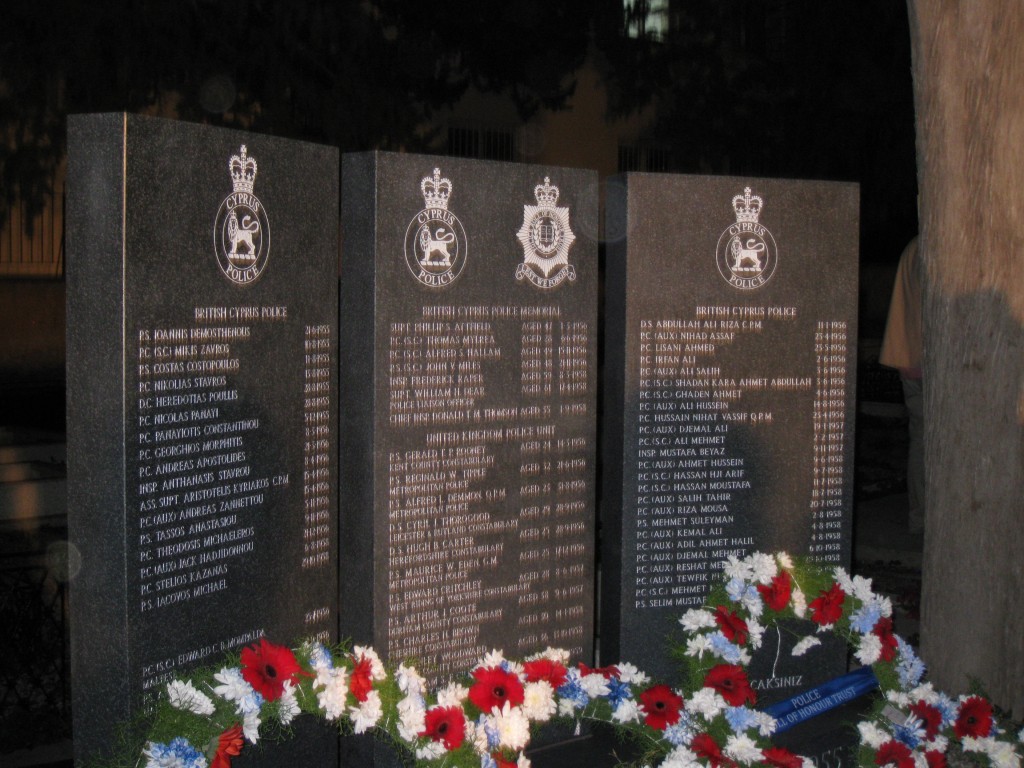 On Saturday November 8th a memorial to 62 policemen killed during The Troubles, 1955-60, was unveiled by Britain’s senior police Officer, Sir Hugh Orde, in the Old British Cemetery, Girne.

Some 150 relatives, friends and supporters sat in the blocked-off roadway for a service of Dedication conducted by Canon David Wilbraham, assisted by the Rev Wendy Hough and the Müftü of Lefkoşa and Girne, Fuat Tosun, out of respect for the 25 officers who were Turkish Cypriot. Eighteen were British and 17 were Greek Cypriot; a Maronite and a Maltese were also commemorated.

The congregation included eminent members of the British Armed Forces and the TRNC, of the organisers, the Girne branch of the Royal British Legion, the Metropolitan Police and the Police Roll of Honour Trust. The Last Post and Reveille were played by a bugler of the Royal Marines, and two scarlet-coated Chelsea Pensioners were also in attendance.

Sadly, the Greek Cypriot authorities chose to boycott the ceremony completely, as did the British High Commissioner, for reasons which have not been publicly stated.

The linking commentary was delivered by Colonel (Retd) John Hughes-Wilson, who gives a personal view of the occasion’s significance. You can read his views here.