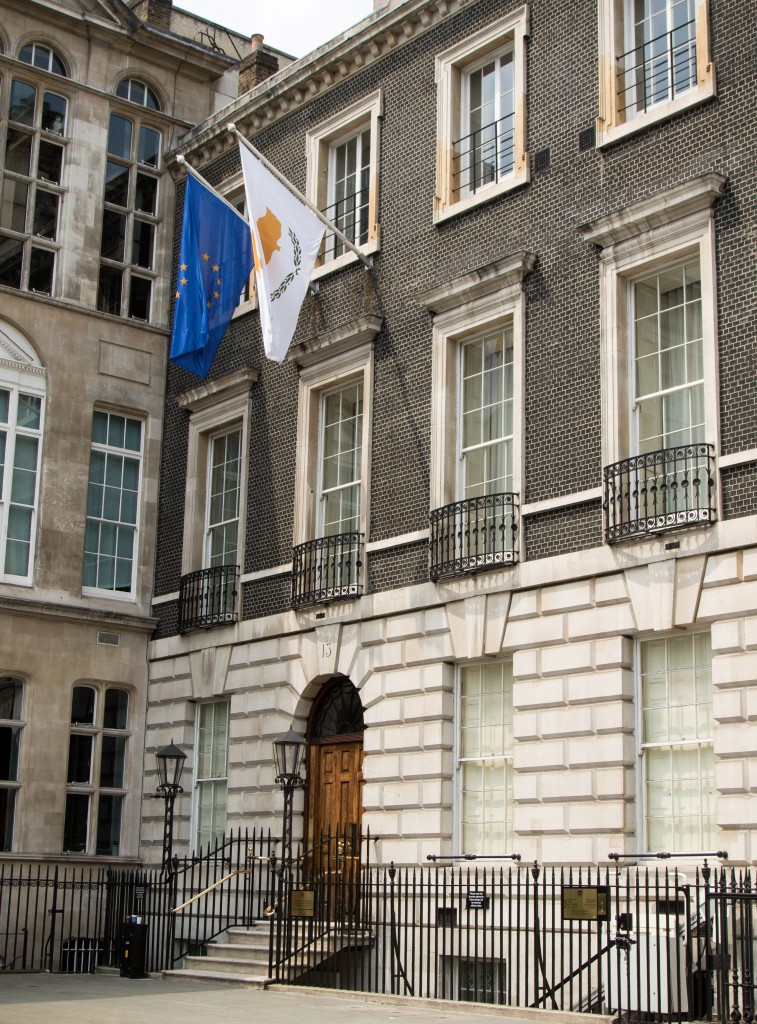 Lord Northbrook, a member of the All-Party Parliamentary Group Friends of the Turkish Republic of Northern Cyprus (TRNC) told the House of Lords during a debate on Cyprus on October 27th:

“I myself received a sharp reminder of hostility from the Greek side when I received a letter from the consul-general in London at the Cyprus High Commission, Ioannis Koukoularides. He strongly criticised my July 2016 visit to Northern Cyprus.”

“I wrote back that if he had read my speech in the debate of July 2014, he would have understood that I am anxious to see a solution to the Cyprus issue without taking sides between the north and the south. I went there to see how the peace process was going, and to listen and try to offer advice where appropriate from a neutral basis.”

Lord Sharkey, Chairman of the Friends of the TRNC, subsequently wrote to Koukoularides:

“It is not normally helpful for diplomats to write to parliamentarians in such strident and intemperate terms. It is particularly unhelpful when negotiations for a settlement are at such an advanced and sensitive stage”.

Another APPG TRNC member, Lord Balfe, also quoted a letter from the Cyprus High Commission   which began, “Dear Lord Northbrook, I am writing with regard to your recent visit to the occupied part of Cyprus. I understand you visited Cyprus on the despicable anniversary celebrations of the Turkish mass murdering invasion of 1974”.

Lord Balfe said this was “not the norm for diplomatic discourse. It is way out of line.”

The exchanges came to light as both peers asked what position the UK government was taking towards   the latest phase of the 52-year-old UN Talks.

UK government: “a settlement is in the interest of all Cypriots and in the UK’s interest too”

Replying for the government, Baroness Goldie assured the House that “a settlement is in the interest of all Cypriots…….and in the UK’s interest, too. The Government are fully seized of this and are actively engaged in supporting both sides in their search for a solution.”

“The Prime Minister, the Foreign Secretary and the Minister for Europe and the Americas are in touch with all the key players, not only on the island but in Turkey and Greece. We believe that they share the same ambition to reach a settlement.”

“The United Kingdom will continue to support the leaders as they seek to make this aspiration a reality.”

UK support, she said, included  practical measures, such as ceding almost  half the area of the UK’s  Sovereign Bases to a  reunited Cyprus, acting as a  guarantor power in the search for a settlement, and providing the lion’s share of the UN Peacekeeping Force on the island.

However, the House of Lords debate showed that the UK government’s optimism is not shared by Turkish or Greek Cypriot leaders.

Lord Collins of Highbury pointed out that Greek Cypriot President Anastasiades claimed there was no justification for guarantees or rights of intervention in a modern European country; while Lord Northbrook quoted his private talk with President Akıncı, who claimed that, since Bloody Christmas 1963, Britain – as a guarantor power – had “just watched” as events escalated towards the Turkish intervention of 1974.

To read the full House of Lords Cyprus debate from 27 October 2016, click here.