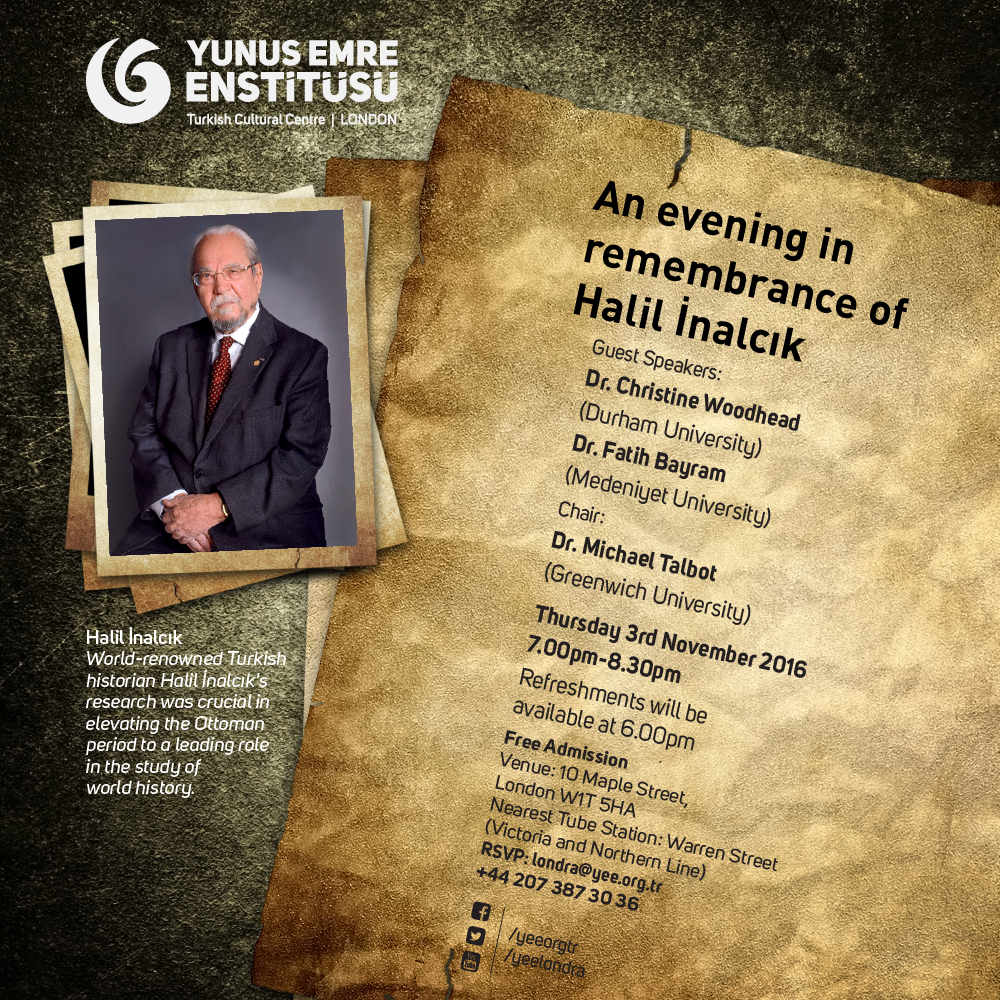 One of Turkey’s most renowned historians will be the subject of a talk at the Yunus Emre Institute this Thursday. Halil İnalcık, who passed away in July aged 100, was a leading authority on the Ottoman Empire, frequently challenging the biased and often hostile narratives of the West, as well as the exaggerated, nationalistic and romanticised views within Turkey.

After receiving his PhD in Ottoman History from Ankara University in 1942, İnalcık went on to research and analyse the social and economic aspects of the Ottoman Empire. He was the first historian to study Ottoman judicial records in-depth, helping to shed light on how these impacted on Ottoman society. When he first started his research in the 1940s, it was difficult to glean the real value of these documents as they were all written in the Arabic script, yet under the new 1923 Republic Turkey had moved to using a Latin alphabet.

Throughout his life, İnalcık corrected various inaccuracies about Ottoman and Turkish history, such as that the Ottoman dynasty had not emerged from the Kayı tribe – a claim he discovered was first fabricated in the 15th century. He also criticised Western historians for the simplified and often negative portrayal of Ottomans, including Franz Babinger’s depiction of Mehmed the Conqueror as a ‘bloodthirsty, sadistic personality’.

He wrote numerous books – many regarded as definitive works – on Ottoman history in both English and Turkish. English titles include: The Policy of Mehmed II toward the Greek Population of Istanbul and the Byzantine Buildings of the City (1968), Ottoman Policy and Administration in Cyprus after the Conquest (1969), History of the Ottoman Empire Classical Age / 1300–1600 (1973), and From Empire to Republic: Essays on Ottoman and Turkish Social History (1995).

All are welcome to attend this free talk commemorating Turkey’s world-famous historian. Doors open at 6pm when refreshments will be served. The talk commences at 7pm. Prior registration is required.

Title: An evening in remembrance of Halil İnalcık