How a Turkish ambassador broke the race barrier in segregated America 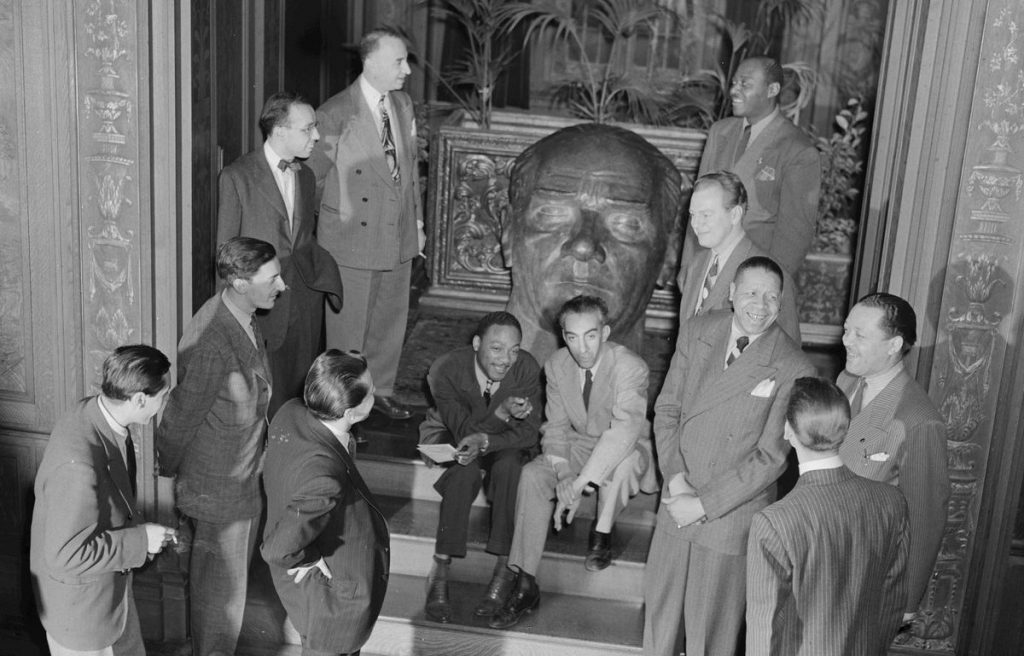 Last week, a lesser known but important story broke on Martin Luther King Jr. Day. It involved Turkish ambassador Münir Ertegün, who served in the United States of America between 1934 and 1944, a time when racial segregation was the norm for Americans.

At the turn of the twentieth century, although slavery had been abolished, the USA was entrenched in institutional racism. Laws in many states denied people of colour the right to vote. They were also segregated on buses, in schools and restaurants. They were essentially second class citizens in their own country.

Martin Luther King Jr., a Baptist preacher, dedicated his life to challenging this state of affairs. He championed peaceful protest and civil disobedience to highlight the injustices people of colour faced across the country. His campaigns not only captured national but also global attention. He was assassinated on 4 April 1968 aged just 39.

Each year, on the third Monday of January, the USA commemorates the life and legacy of this inspirational black civil rights leader. This year Martin Luther King Jr. Day fell on 15 January – King’s actual birthday. Consumer tech conglomerate Apple paid tribute by dedicating its home page to King’s struggle for social justice, while Google had a doodle honouring his legacy. Many other places of work were closed, with workers using their day off to do acts of service in the community in the name of King.

When Turkish Embassy in Washington was hosting African Americans for social event in 1950s, it caused a diplomatic crisis. US Senate warned Turks not to take them in. The State Dep advised Turks to take African Americans from the back door. Turks refused.#MartinLutherKingDay pic.twitter.com/jZ3orkNolc

The day is also used to reflect on the times that King lived in, and others who like him worked to end the racial segregation prevalent in America. Daily Sabah’s Washington correspondent Ragıp Soylu tweeted about Ambassador Münir Ertegün who “caused a diplomatic crisis” by admitting black Americans through the front door of the embassy to attend and perform at cultural events.

According to Soylu the “US Senate warned Turks not to take them in. The State Dep advised Turks to take African Americans from the back door. Turks refused.”

Soylu added, “Then-Turkish Ambassador Munir Ertegun responded that all guests of the Turkey would enter through the front door as equals. Maryland police arrested the Ambassador’s son, Ahmet Ertegun, for violating segregation laws in Annapolis”.

It was unusual to say the least for a senior diplomat serving abroad to refuse to uphold local customs and laws. Part of an ambassador’s role is to build and maintain bridges with the host country, which includes showing respect to, if not actually adopting the host’s social and cultural norms. The Turkish ambassador was clearly happy to openly flout the ban on racial integration and send a different type of message to his hosts in Washington DC.

Others joined in on Twitter, sharing pictures of the Ambassador’s renowned jazz parties, where black and white people mixed openly and comfortably, praising his work. Münir Ertegün’s efforts to bring together people irrespective of their colour also shaped the attitudes and actions of his family.

His sons Ahmet and Nesuhi Ertegün went on to form the seminal Atlantic Records, which brought the music of African Americans to the mainstream. The iconic brothers not only helped transform American musical tastes, but also its music industry and wider society.