Although the term ‘Istanbul Psychedelia’ defines the music of BaBa ZuLa pretty well, their inspiration is not just Istanbul, but the whole of Anatolia. The band is deeply fascinated by the sounds of the late 60s and 70s when Anatolian Pop, which later converged into Anatolian Rock, was king.

Retaining this influence at their core, BaBa ZuLa has achieved major success, transitioning this classic music into the current era by blending traditional and modern instruments and sounds together in the same pot, doing this extremely well, and create a distinctive sound. On one side is the fuzzy saz, davul (large drum) or bendir (frame drum), kaşık (wooden spoons), electro oud, and syncopated rhythms familiar in many of their songs, and on the other, we have synth-fuelled, atmospheric and ambient sounds, krautrock-influences and electronic rhythms.

The band’s unique style since its formation in the late 90s is a harmonious combination of East-West sounds that travels well across borders. It’s given them an opportunity to collaborate with many international artists, play in major festivals around the world and attract a global fan base.

In September, BaBa ZuLa released the album ‘Derin Derin’ [Deep Deep] on Glitterbeat Records on CD and vinyl. Its debut song Kızıl Gözlüm was first heard as part of an EP issued  in May. Since then, they’ve been touring across Turkey and Europe. The 10-track album is a little over half-an-hour long, with the first six songs reflective of the band’s usual themes about life, nature, love and their trips.

Title track Derin Derin takes you to another dimension, with elements of metaphysics and spirituality in its shamanic style. It’s classic BaBa ZuLa: emotional, touchy, melodic and nurtured by the forces of nature. The band throws in local folk harmonies fused with dub electronica, and soulful lyrics. 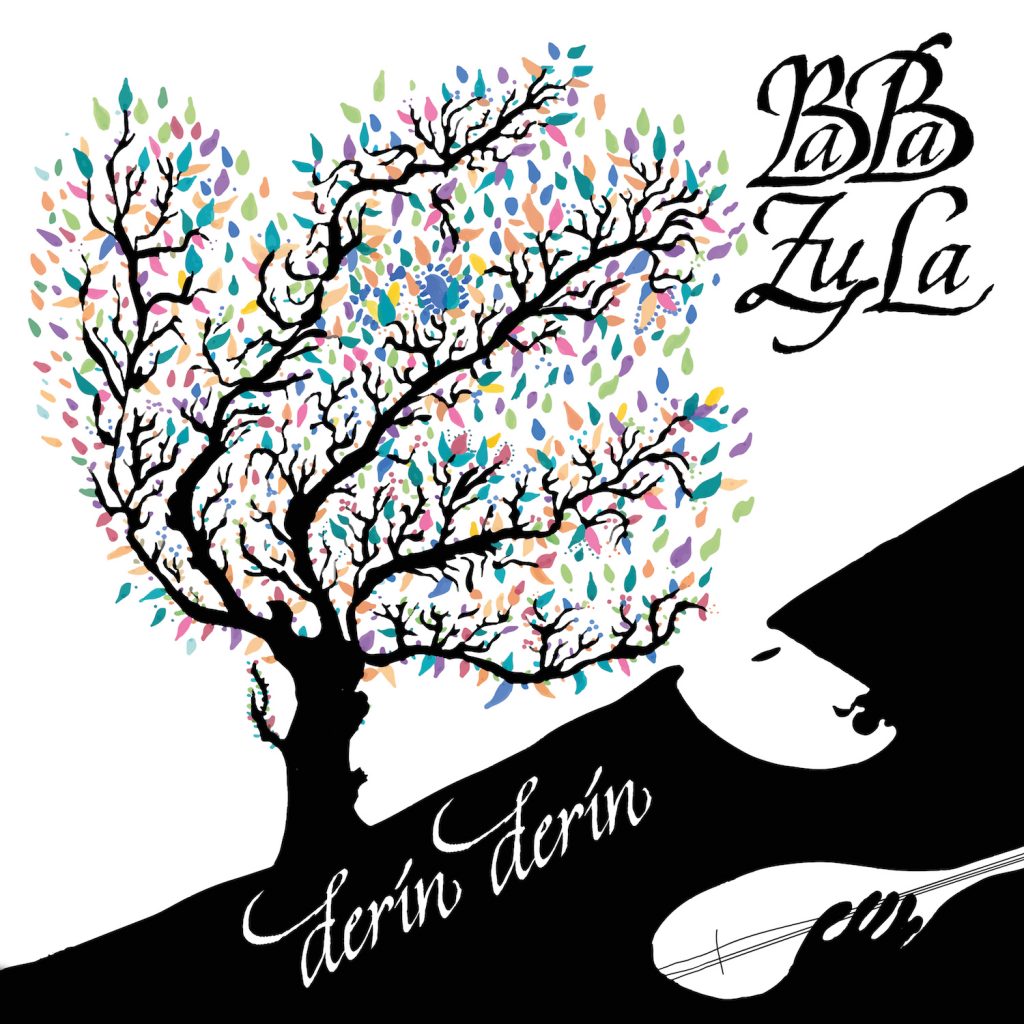 Starting with Haller Yollar (ways and circumstances) which evokes Neu’s famous song Hallo Gallo, BaBa ZuLa delves into the moods and manners of human beings, who are determined and fighting for love against all odds, using analogies from nature retold with an Alevi Aşık [Ashik] attitude. The song starts with a saz melody from the Anatolia heartlands and evokes the essence of the legendary Aşık Veysel.

The song Salıncaksın [you are the swing] is inspired by Murat Ertel’s son, Arel, who suddenly started to sing while on the swing. Kızıl Gözlüm [My Scarlet Eyed] is a love song written by Murat Ertel for his wife, Esma. Şahin İksiri [Falcon Potion] and Rüzgarın Akışı [the Flow of the Wind] are catchy instrumentals, originally composed for documentary films, which will have you dancing in wild abandon. Kervan Yolda [Caravan on the Road] and Port Pass are tell the life of a wandering troubadour.

Towards the end of the album, the music transforms into something else, with magical Krautrock elements, synth fuelled strings and atmospheric electronic hypnotizing loops. Kosmogoni [Birth of the Cosmos], Kurt Kapma (Eagle Got Wolf) and Transendance seamlessly meld Anatolian Aşıks with tribal sounds from Amazon, the shamanic sounds from Asia, the rituals of Indians, and a dance around the fire in a desert: it’s immersive and truly psychedelic while also purifying the soul.

The album cover artwork, featuring coloured leaves on a tree that embellish the black and white image, was created in part by Murat Ertel’s father Mengu Ertel who is a renowned graphic designer, with touches by Murat and his wife Esma and calligrapher Ethem Çalışkan,. The photographs inside the album also have a vintage look, taken with an old camera, which corresponds perfectly with the overall mood. The album is definitely a collector’s item, thanks to its music quality and cover design.

The band’s music follows, transforms, and transports the Aşık culture successfully. It is the culture of the Anatolian people, which is naive, honest and true. Aşıks always support the weak and poor; it is the voice of the Other and against hegemony. Similarly, BaBa ZuLa’s music represents the same. And it’s up to us, the audience, to dignify this valuable piece of art.