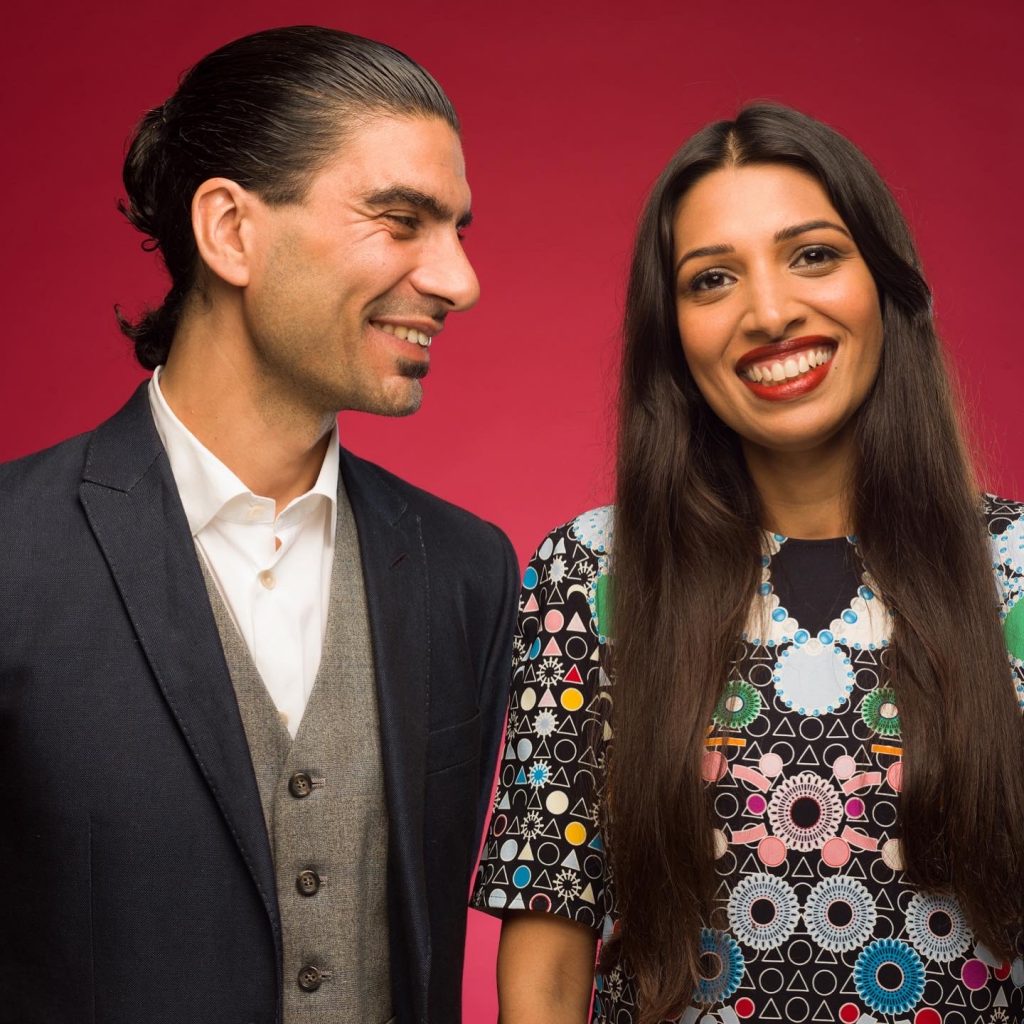 One of the most closely contested constituencies of this General Election is one in East London. Labour are after a big scalp: that of Iain Duncan Smith, the former Conservative leader and architect of the widely despised Universal Credit benefits system.

Standing against him is Faiza Shaheen, a 36-year-old British economist. The Labour candidate grew up in the area, and has impressed widely with her progressive, switched-on views.

I met Faiza and her Turkish Cypriot actor husband Akin Gazi at a lovely cafe in Highams Park to talk about her campaign, why she is standing, and what difference she hopes to make if she is elected as Chingford and Woodford Green’s new MP on Thursday 12 December.

Fevzi Hussein (FH): So Faiza, a big hi from T-VINE. How about we start with why you have chosen to stand in Chingford & Woodford Green against Iain Duncan Smith and the Tories?

Faiza Shaheen (FS): Well, this is my home, this is where I grew up, where I went to school and waited for the bus with everyone else! I know exactly what the issues are, as I live them every day. I have that real connection with the grassroots community here as I am the grass roots. I have a very different set of political values compared to IDS [Iain Duncan Smith]. If I was ever the Welfare Minister, I would certainly not be cutting benefits and making the lives really difficult for the disabled and single mums out there.

The Green Party here are not standing a candidate locally as they are very upset with IDS and the Tory position on the environment. Green Party supporters have been told to vote for me as they want an MP who will be tough on taking action on climate issues.

FH: In terms of Labour’s manifesto, it is packed with so many policies designed to help those most vulnerable in society. If I said to you ‘what do you see as the party’s three big priorities?’, what would you say?

FS: The three things would be 1) The NHS: the NHS has been completely run down and is in crisis. It is completely unfit for the demographic change. NHS staff are very stressed and are leaving. Fixing the NHS, ending privatisation and the PFI [private finance initiative], and bringing back nurses’ bursaries. It is an institution that looks after us in our desperate times, so it’s vital that it is run properly.

2) Dealing with the climate emergency, which is the first thing in our manifesto: this will be done by tackling social injustice and regional inequality at the same time. There is a £250 billion fund put forward to address these inequalities. By 2030, we want [to build a] renewable energy infrastructure, better coastal communities – forgotten communities, who will have these green structures in place.

Finally, for 3) I would say that a lot of us in the party are driven by the desire to tackle homelessness, poverty, and food bank usage, which have all got so much worse in this country. Eradicating child poverty – child poverty is related to all kinds of social ills and what happens later on in life. So my third is the most vulnerable in society, who have literally been kicked out on the street.

FH: You have been talking a lot about social injustice. If I said these two words to you: ‘Grenfell’ and ‘Windrush’, how would you respond?

FS: Those are two massive stains on the soul of this country. The fact we deported black British people who came here to help us rebuild the country working hard for decades, because of a bigoted, deeply racist immigration system – that has to go in the bin! That must be one of the first things that a Labour government has to do. The hostile environment must end.

We want to encourage a much more compassionate view and understanding of immigration, and understand historical immigration. We do not want the Australian based system. It has massive problems with human rights, especially how it treats refugees.

Windrush and Grenfell are both tragedies that were made by [Conservative] policies and we should have seen changes in these areas, which haven’t happened to this day. The fact that Windrush and Grenfell have not been spoken about much in these elections is so infuriating. There were big mistakes made with that building and class prejudice comes into play. The way the Tories have dealt with these issues in the aftermath of both problems demonstrates a lack of responsibility for what they made happen, and their own class prejudice and the ability to protect the elite.

FH: I want to touch now on foreign policy. An issue close to my heart is the matter of refugees. What more should we be doing to protect refugees?

FS: It is shameful how this Government did not stick to its commitment to take more child refugees. It is not just children; adults are refugees too. We have a historical duty to this world, and we are one of the richest countries in this world, so we can take more refugees for sure. You look at what is happening in Yemen and other countries being oppressed, we have got a part that we have played in those conflicts.

FH: Moving on to issues that many T-VINE readers will follow closely, how do you see Turkey and the way President Erdoğan is running the country?

FS: Despite my husband being Turkish Cypriot and my in-laws watching lots of Turkish TV, I am not an expert on Turkish politics, but I am really worried about Turkey. It is such a wonderful country, where East meets West in such a beautiful way.

It worries me how Erdoğan has taken steps to increase his own power – the issue around human rights and the ability of journalists to tell the truth without living in fear, or to criticise the state. It is in that respect I am really worried about Turkey. In those areas I think it is going backwards. I know there are many Turkish people pushing back on that and I am really concerned.

FH: Looking at Turkish-speaking diaspora in the UK there are reportedly half a million in the UK. Many are Turkish Cypriots. My parents are also from Cyprus, so a question around this. Cyprus remains a deeply politicised issue, failing to be unified despite the Annan referendum in 2004. Do you have any messages of support for the Turkish Cypriot people?

FS: The referendum was a very good idea at the time. Any change must come from the people there from both sides. I am concerned at the way Turkish Cypriots have been isolated and what that that means for their economy and the people there. There are really big inconveniences for people here going to the Turkish side of Cyprus in terms of not having direct flights for instance. It’s an issue that has gone on for so long.

It is hard for me – I grew up in an area where there were a lot of Cypriots, Greek and Turkish. My husband is Turkish Cypriot. It is sad that people here can get on here and we see it all the time. But politically there has not been the will to make it happen in Cyprus.

FH: Faiza, what the readers really want to know is what is your favourite Turkish food?

FS: It has to be nene’s [grandmother’s]dolmas [stuffed vine leaves]. I like the meat one, but nene’s yalancı [literally ‘fake’, without meat] dolmas are the best.

FH: Akin where are your parents from in Cyprus?

FH: So have you taken Faiza to Cyprus yet?

FS: I am still waiting for Akin to bring me. We have been to Pakistan and Fiji, where my parents are from to meet them. We went to Turkey for our honeymoon, but not yet to North Cyprus.

AG: I hold up my hands! To my shame I have not taken Faiza to Cyprus yet, but I promise I will bring you, so you can meet all the family in North Cyprus. This will be the first holiday we will go on when you become the new MP for Chingford & Woodford Green.

So, a lot of the family in Cyprus I already know, like nene’s sister. I have even been asked to go Cyprus with my in-laws. So hopefully soon, inshallah.

My sincere thanks to both Faiza and Akin, who agreed to meet me at very short notice and in the middle of what is an incredibly busy time for them both.

I am sure T-VINE readers will wish her well in the forthcoming elections.

I have no hesitation giving Faiza Shaheen a ringing endorsement for the Chingford and Woodford Green seat. She possesses everything you would want from a constituency MP: modern, caring and capable. Good luck!