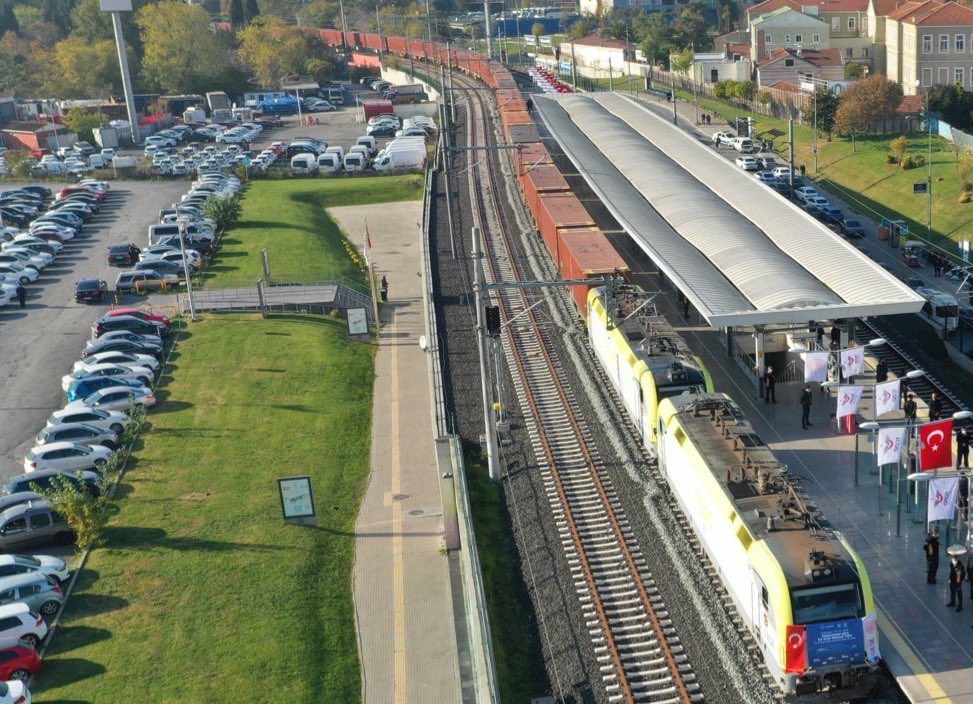 Amidst international concerns over Brexit and new strains of coronavirus, a major milestone has failed to make global headlines in the way that it should.

On 19 December, a freight train from Turkey to China embarked on its maiden voyage that took a fortnight to complete, travelling along 5,400 miles (8,670 kilometres) of continuous rail track that stretches across two continents and five territories.

The train, carrying 1,383 Turkish-made refrigerators worth $1.59 million (about 10.4 million yuan) on 42 carriages, set off from Istanbul on Dec. 4, passing through eastern Turkey, into Georgia, then Azerbaijan, across the Caspian Sea, and on to Kazakhstan.

Turkey’s Transport and Infrastructure Minister Adil Karaismailoğlu said the BTK route had halved the travel time between China and Turkey from a month to under 14 days, calling the development “our victory in rail transport.”

According to data from the Turkish Statistical Institute, the trade volume between Turkey and China stood at $21 billion dollars in 2019, down from $23.6 billion in 2018, with exports currently heavily weighted in China’s favour. The hope in Turkey is that this new transport link will help shift the trade balance.

The second cargo train to China has already left Turkey. It is expected the freight run will operate twice a week in 2021, with the prospects for more regular journeys as demand grows.

The new Turkey-China rail route essentially enables borderless travel for Turkish goods, overcoming some of the air and road problems experienced during the Covid-19 pandemic, including trucks being held up at the border with Iran.

Dubbed the new ‘Iron Silk Road’, the Turkey-BTK rail line to China offers a faster and easier route for businesses to transport their goods on track built using the latest railway technologies.

The Turkey-China rail link forms part of China’s Belt and Road Initiative (BRI), which was launched back in 2013, creating new trade frontiers.

Last November, another part of the BRI came to fruition with China operating a direct train to Europe for the first time, which passes through Turkey. Since then, on average 10 trains travel between China and Europe each day, with more than 3,400 journeys made in the first 11 months of 2020.

The growing new Silk Road and Turkey’s unique geo-strategic location could make it an important rail hub for the region, similar to its role in air travel. Earlier this year, international freight giant Maersk launched its first intercontinental rail service between the Chinese city of Xi’an and Izmit in Turkey.

The BRI’s new ‘middle (or ‘southern’ as the Chinese call it) corridor’ will allow countries along the route to benefit from improved trade cooperation and commercial opportunities, a point made by a Chinese customs official.

“The successful launch of this [Turkey-China cargo] train will bring more logistics and freight resources into the ‘southern corridor,’ turn the advantages of the route into market benefits, and inject new momentum into the joint construction of the Belt and Road and the building of an open economy,” said Chen Fang from Chinese customs.