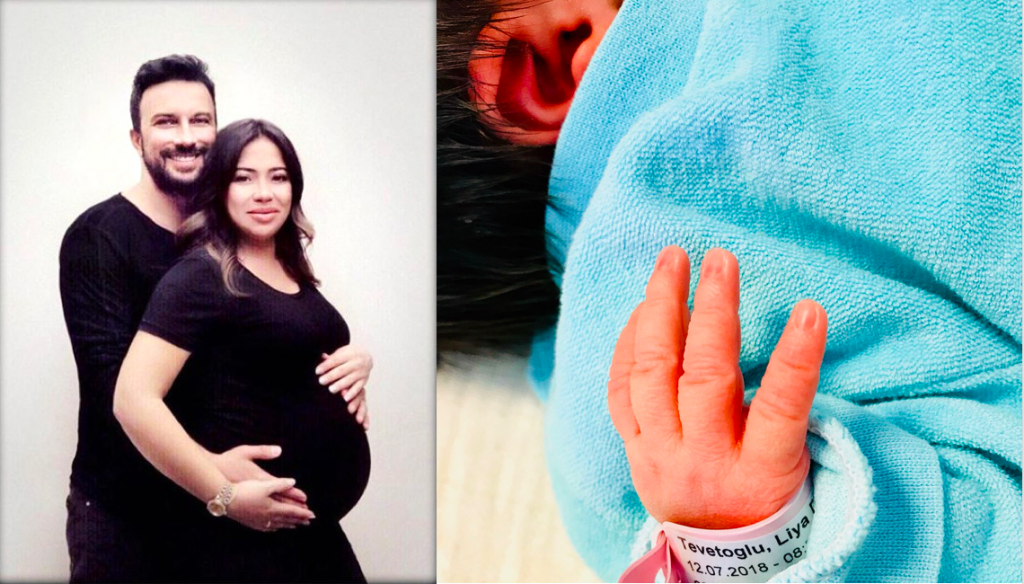 Turkey’s megastar Tarkan proudly announced the arrival of his first child on social media last night. Posting a picture of his new baby daughter, the international pop star wrote “Our daughter ‘Liya’ has arrived in the world JLike the sun, she was born into our lives. It is impossible to say with words, we are feeling sooooo beautiful.”

Baby Liya is pictured in a light blue wrap and a wristband bearing her name Liya Tevetoğlu and the date she was born, 12 July 2018. She was born in Betheanien Hospital, in Moers, Germany.

Tarkan Tevetoğlu married his long-term girlfriend, fellow German Turk Pınar Dilek, in 2016. In February this year, in response to rumours she may be pregnant the singer released a delightful video on social media that confirmed they were expecting their first child.