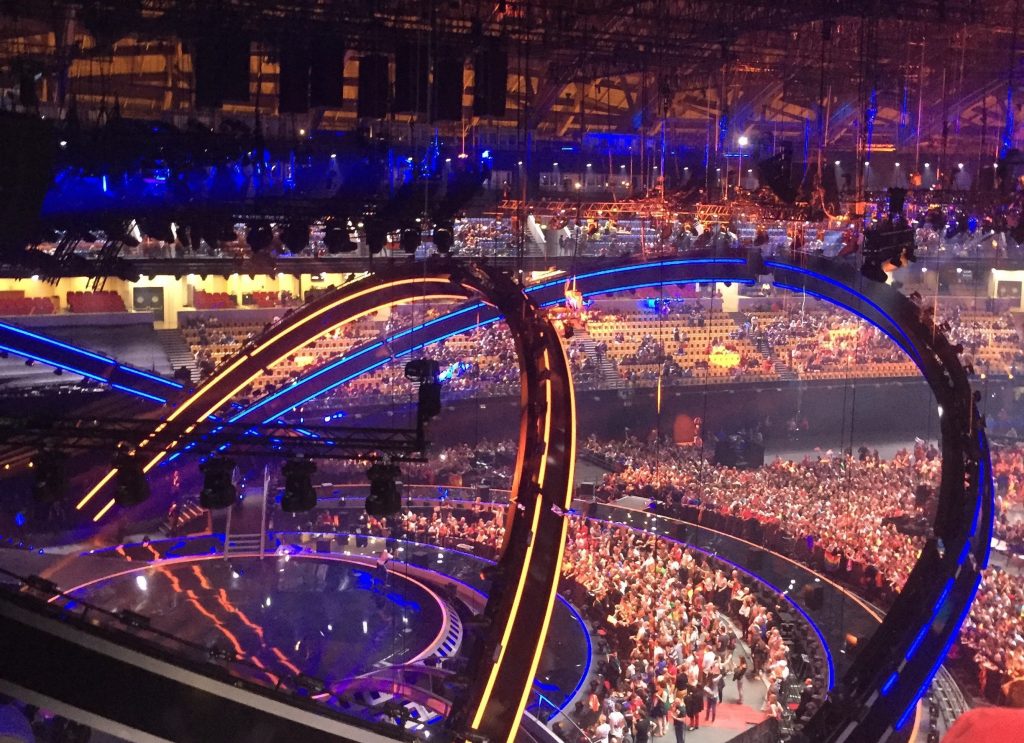 So Israel has won Eurovision with Netta’s quirky Toy song, which is themed around strong women and features chicken noises.

While Netta had been the favourite to win for some time, Cyprus was the unexpected frontrunner after an impressive performance in both the rehearsals and semi-final. For a time it looked like Eurovision was heading to the Mediterranean island, with Eleni Foureira giving it her all with song Fuego.

Estonia’s operatic song did well, as did Germany’s reflective ballad You Let Me Walk Alone, a song about singer Michael Schulte’s late father. However, the surprise leader after the jury votes was Austria’s Nobody But You by Cesar Sampson. All that changed after the public vote was cast and Netta stormed to the top with 529 points, while Cyprus came second on 436.

Attending the dress rehearsal earlier in the day, we were amazed at how many different nationalities bonded together over their love of Eurovision and music. Every European language could be heard on the way to the venue, with trains crammed full of people in costumes waving their national flags.

Sure, Eurovision has its critics and many think it’s overrated. But as something that unites, creates a festival atmosphere and beings people together, I’d take this event any day of the week.

Roll on Eurovision 2019, and well done Netta – this is Israel calling.