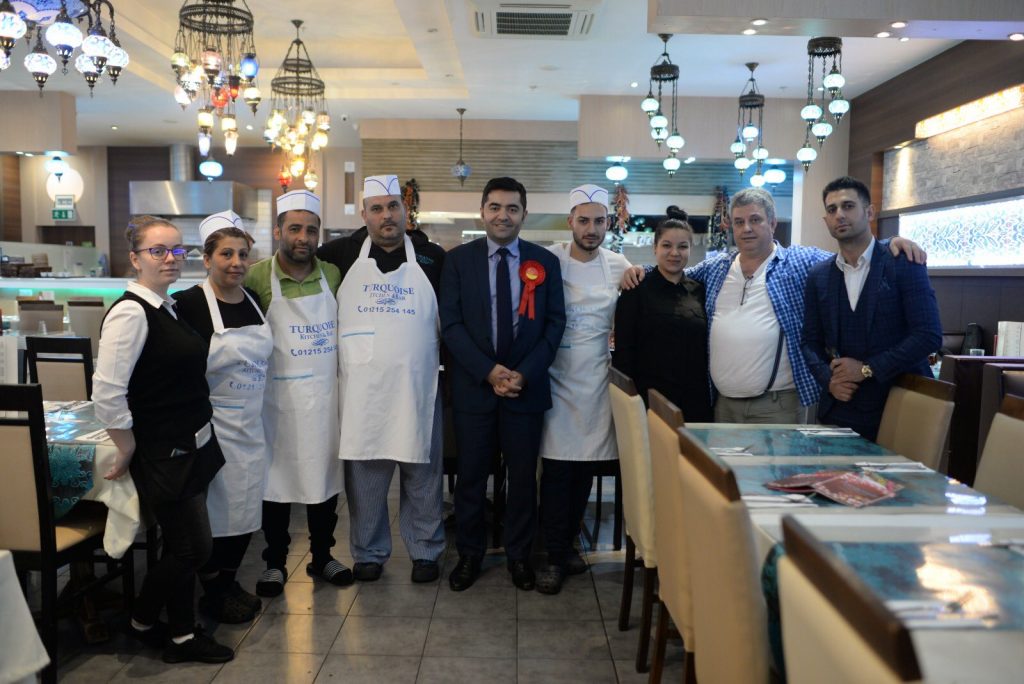 Labour has a majority of 7,713 from the 2017 General Election, receiving 58% of all votes cast. Mr Watson had held the seat since 2001, but recently announced he was standing down for “personal reasons”.

Originally from Turkey, Mr Dogus is a Labour councillor and current Mayor of Lambeth in South London. The owner of three restaurants in Central London (Cucina, Troia, and Westminster Kitchen), the businessman said he was “proud” to have been selected as the candidate and “would waste no time at all taking the fight to the Tories”.

A staunch Remainer, Mr Dogus hit the headliners at the start of the year after adding an anti-Brexit message on his restaurant bills. Unrepentant despite receiving death threats, Mr Dogus included the following message at the bottom of each receipt: “Brexit is bad. Immigrants make Britain great. They also cooked and served your food today.” As an outsider parachuted in by Labour’s hierarchy, Mr Dogus faces an uphill struggle carrying this message to West Bromwich East. The constituency voted in favour of Brexit by a large majority, with  68.18% voting for Leave in the 2016 EU referendum, while just 31.82% voted to Remain. His competitors on 12 December include former Labour member George Galloway, who is standing on a pro-Brexit Independent ticket.

Mr Dogus previously represented Labour for the Cities of London and Westminster constituency in the June 2017 UK General Election. He came second with 14,857 votes (38.4%), gaining a 9.25% swing for Labour.

Last month, he was shortlisted for another safe Labour seat in Vauxhall, but lost out to London Assembly member Florence Eshalomi.

As a Labour party supporter, Mr Dogus has helped bring many new ethnic minority members to the party, organised multiple fundraising events and important initiatives. He is behind the SME4Labour group and also the Labour Campaign for Gambling Reform campaign.

“Abdullah Öcalan is the leader of a movement that fights for freedom and equality. Öcalan is the Mandela of the Kurdish people, and like Mandela, he fights for human dignity, equality and freedom, just like the Tolpuddle martyrs did.”

Great international trade union solidarity with the freedom for Öcalan campaign at the @TolpuddleFest yesterday. A historic day for the campaign and we thank @TUCSouthWest for the warm welcome and support for the campaign. Biji Öcalan!! pic.twitter.com/5NZHrEbMsm

The PKK is deemed a terrorist organisation by Turkey, the European Union and the USA. Its militants have waged a bloody war in Turkey for the past four decades that has led to the deaths of over 40,000 people, including many civilians.

Of Kurdish heritage, Mr Dogus has been a prominent activist since his teen years when he first came to London with his family as refugees. He was chair of Halkevi, a Kurdish community centre in Stoke Newington, from 2001 to 2009. He went on to establish the Centre for Turkey Studies (CEFTUS), a think tank specialising in Turkey affairs, and the Centre for Kurdish Progress, which promotes Kurdish identity and statehood.

Along with Feryal Demirci Clark, who is the Labour candidate for Enfield North, Mr Dogus is the second person from Turkey to be standing at the 2019 General Election. The two Kurdish-origin politicians are highly critical of Ankara’s military operation in Syria, calling for Britain and the West to support the Kurds of Turkey and Syria.