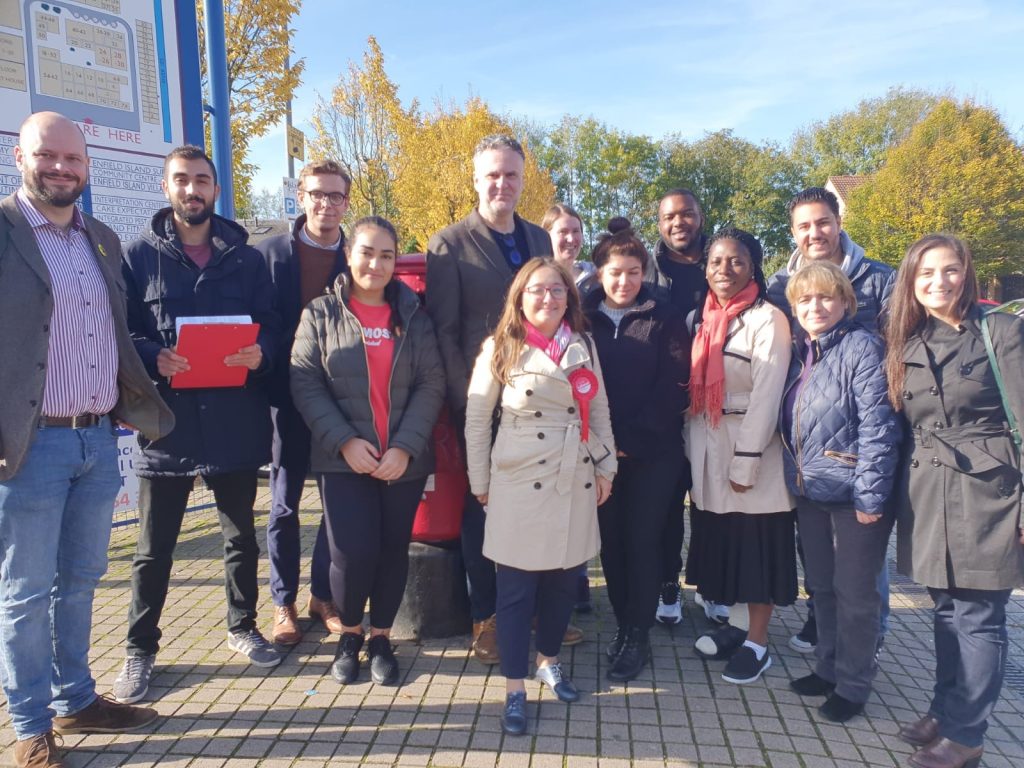 An East London councillor originally from Turkey has been selected to run as Labour’s parliamentary candidate for Enfield North in the upcoming General Election.

Feryal Demirci Clark, a cabinet member in Hackney Council, could make history on 12 December in what is a relatively safe Labour seat by becoming the first female Member of Parliament from Britain’s Turkish-speaking community.

Mrs Demirci Clark came first in a four-way race following a vote by local Labour members last Saturday, 26 October. She received 87 votes against 35 for Margaret Greer, 31 for Sanchia Alasia, and 28 for Dean Gilligan.

The incumbent Enfield North MP Joan Ryan, who left the Labour Party in February, has a majority of 10,247 votes in a constituency where a substantial number of the electorate are of Turkish and Kurdish origin. Mrs Ryan now represents Change UK and will not be standing at the next election.

Her Labour replacement is regarded as a moderate who has impressed with her work in Hackney. Mrs Demirci Clark is the Cabinet member for health, social care, leisure and parks and is also one of two Deputy Mayors of Hackney. She has been described as “the cycling champion of London Councils” with her commitment to improving transport, whilst also tackling air pollution.

She backed Yvette Cooper in the 2015 leadership contest, putting her in the Labour ‘moderate’ camp. She lacked the big union backing of her Labour shortlist rivals. However, strong mobilisation of local Alevi Kurdish activists in the area over a four-day campaign saw her triumph.

The prospective MP’s family roots hail from the village of Kürecik, in the eastern province of Malatya. A member of the UK’s colourful Alevi Kurdish community, Mrs Demirci Clark has been highly critical of Turkey’s military’s operation in northern Syria of late, which could cost her some Turkish community votes in Enfield North where an estimated one in five are Turkish speakers.

She also faces a backlash from local party activists angry at Labour’s National Executive Committee (NEC) imposing its choices on both the long and short lists, ignoring popular local candidates including Ed Poole, Maria Kyriacou, and Tolga Aramaz. Their supporters picketed the Enfield North hustings venue and called on members to spoil their ballot papers in protest. Of the 227 ballots returned, only 181 were valid, with 46 spoilt.

The protests did not seem to faze the Kurdish politician, who was out canvassing the following day with Enfield Council leader Nesil Caliskan, and local councillors Alev Cazimoglu and Margaret Greer, whom she had beaten at the hustings.

If she wins the December General election, Feryal Demirci Clark will become the first female MP from Britain’s half-a-million strong Turkish-speaking community, which encompasses those of Turkish, Turkish Cypriot and Kurdish origin.

The community’s first ever MP was Richard Hickmet, whose parents were from Cyprus. He served a single term for the Conservative Party, winning the seat for Scunthorpe in the 1983 General Election.

Baroness Meral Ece-Hussein OBE is currently the only British Parliamentarian of Turkish heritage in the UK Parliament. Of Turkish Cypriot origin, she was appointed a life peer in 2010.