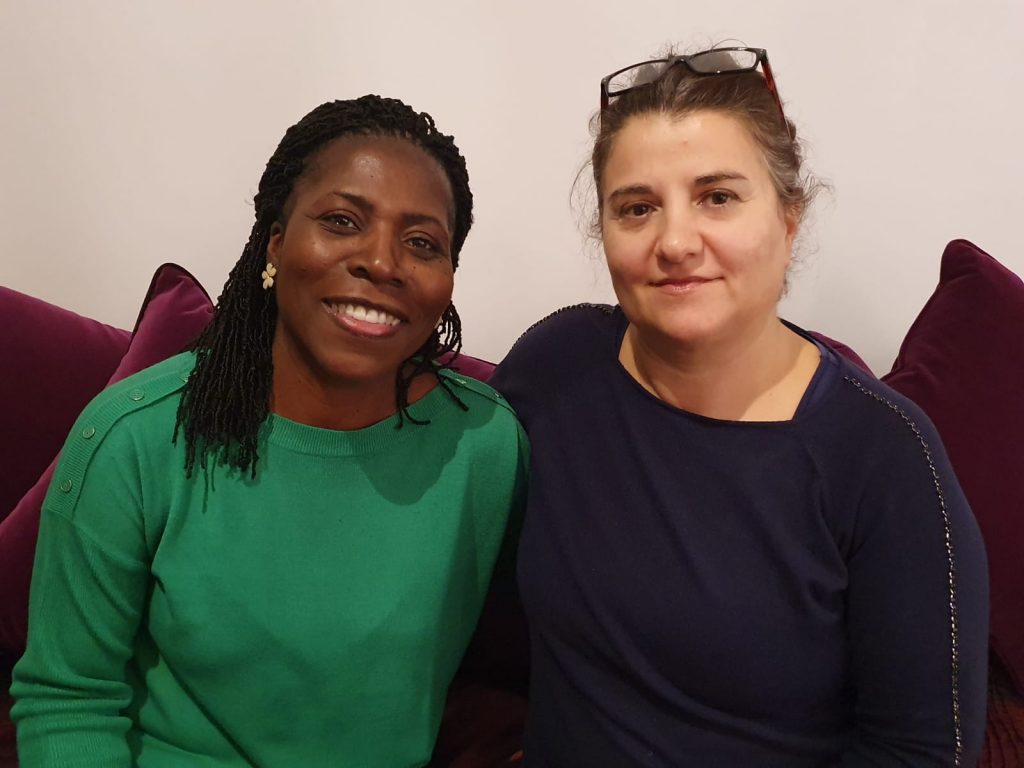 On Saturday, 26 October, the Labour members of Enfield North will have the chance to listen to four very able candidates and select which one should represent them as the Labour Parliamentary candidate at the next general election.

Among the four is Margaret Greer, one of my oldest and dearest friends. Here’s why I feel she would make an excellent MP for the area.

My friendship with Margaret goes way back. We first met at secondary school when I was eleven years old. She was in the year above me and was always being personable, friendly and kind to those around her.

Even then I was tiny, and my enduring memory of Margaret at school was as a defender of those who couldn’t fend for themselves. She remains just the same, committed to helping those who are most vulnerable in society.

A Labour Party member and community activist for the past twenty years, Margaret has consistently championed socialist values. She’s campaigned for more nursery school places and youth mentoring schemes. And as UNISON’s National Race Equality Officer, she’s led the fight against discrimination and racism in the workplace.

Margaret is a passionate believer in public services. She, like the rest of us, has seen the devastating impact of austerity, as central government pushes on with its policy of severe and reckless cuts. It’s led to less police on our streets, less money for schools, and a reduction in vital local services, including those for young people.

Fighting against austerity is one of the main reasons why Margaret became a councillor for Lower Edmonton. She represents one of the most deprived areas in Britain, and has first-hand knowledge of the concerns and needs of local residents, from affordable housing to tackling crime.

Anyone who meets Margaret will instantly be struck by how humble she is. Growing up in a single family, she has had to graft hard to progress in life: she doesn’t take anything or anyone for granted.

She’s the first person from her family to go to university and understands that often, what holds people back is self-belief.

She has the ability to inspire the people around her to not only stand up for themselves, but also for the community. We don’t live in isolation from one another and if one part of our community is hurting, we need to reach out and help. That’s what she’s practised all her life.

In an age where trust in politicians is at an all-time low, Margaret bucks the trend. I have always admired her integrity and that she ‘walks the walk’, leading by example and making sure she delivers on her promises.

It makes me proud to know that the ‘girl from Hackney has done good’. Coming from Woodberry Down Comprehensive, one of the roughest schools in London, she has done tremendously well, while not forgetting her roots.

Margaret has always been for the people. As a local resident of the London Borough of Enfield, she understands intimately the make-up of the area, its diversity, strengths and needs, from the ground level up.

“Don’t get angry, get organised” is her motto. So, if you have the chance to vote for Margaret Greer please do, because she really will take the fight to the Tories, whilst also providing the strongest possible voice for her constituents.

This op-ed is by Gonul Guney, a lawyer, resident of the London Borough of Enfield, and a former chair of the UK Turkish Islamic Trust and Shacklewell Lane Mosque.