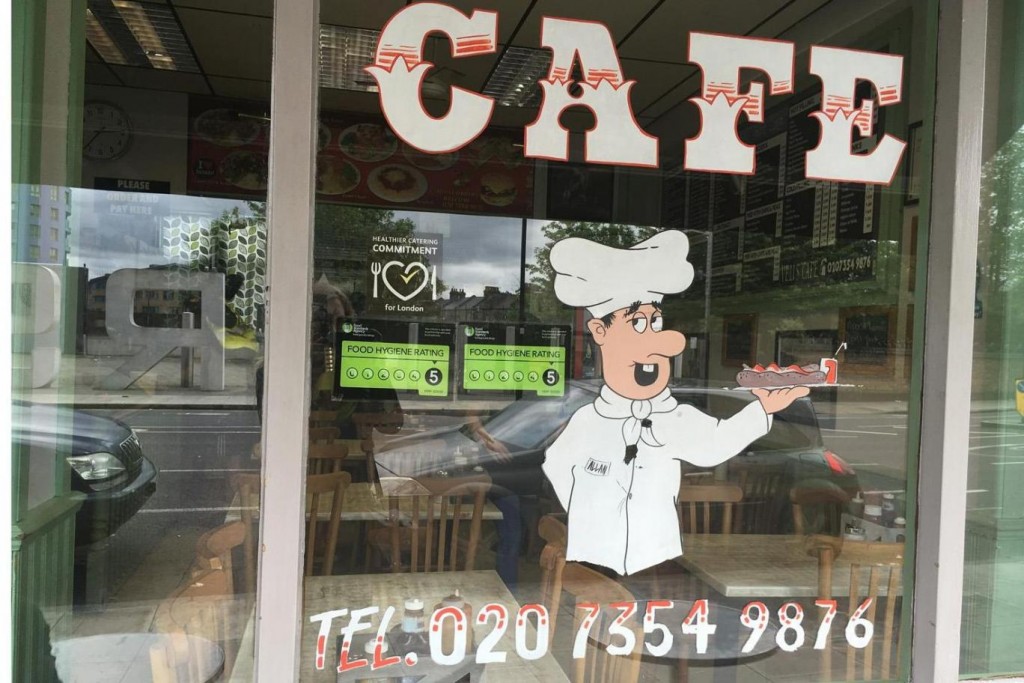 A North London café must pay out thousands of pounds after it falsely claimed to have a top food hygiene rating when its actual rating was much lower.

Action was taken by Islington Council after Veli’s Café, opposite Arsenal’s Emirates stadium, was caught by its trading standards officers of displaying the misleading food hygiene rating stickers on its front window.

The Highbury café, part of a parade of shops on Drayton Park located opposite the football stadium entrance, was rated one, but instead displayed two stickers that stated its food hygiene rating was five – the highest possible ranking.

Restaurants are not obliged to advertise their food hygiene rating. However, the law prohibits misleading or deliberate falsification by businesses of their ranking.

Veli’s Café had previously been rated five, but it was downgraded by the council in 2015 after hygiene standards were found to have significantly slipped. It currently has a 3-star rating, but when council inspectors visited last year, the stickers advertised five, when its rating was only 1-star, prompting them to prosecute the café owner.

Highbury Magistrates Court found Veli Narci of Kinal Ltd, which trades as Veli’s Café, guilty and ordered him to pay a bill of nearly £2,500. It comprises a fine of £1,500 for two offences under the Consumer Protection from Unfair Trading Regulations, as well as court costs of £896 and a £75 victim surcharge.

“It’s important visitors know where they can expect good food hygiene, and have confidence in the food hygiene rating system.”

Islington Council is now urging other food businesses to check their own signs to avoid a similar fate. It is not compulsory to display hygiene ratings but recommended.

“We urge businesses to make sure they are displaying the correct food hygiene rating – we will take action where the rating displayed is higher than a business’s actual rating.”