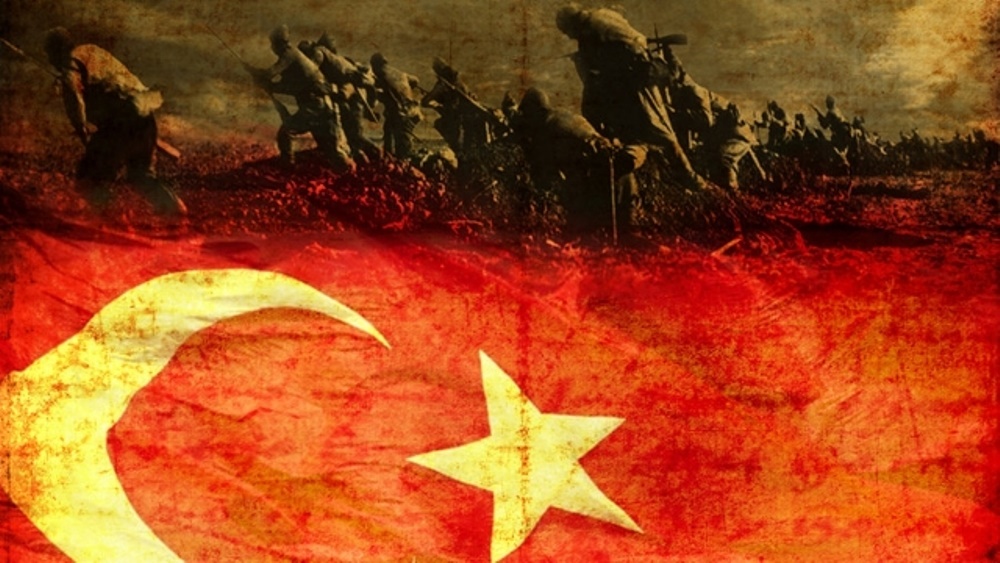 Today, Turkey and its Diaspora pay tribute to the tens of thousands of men, women and children who willingly sacrificed their lives to defend their nation during the Battle of Çanakkale – or Gallipoli Campaign of 1915.

When Ottoman Sultan Mehmed V entered into the First World War on the side of Germany, he brought his nation up against the Entente (Allied) Powers, who greedily eyed the Ottoman Empire. Key to the aspirations of the British, French and Russians was the Turkish capital of Constantinople (Istanbul).

Britain and France, supported by troops from the British colonies, decided their first mission would be to take control of the Dardanelles Straits, which would give them direct sea passage to Constantinople. They launched a naval attack to capture the strategic straits in February 1915, backed by their air force. The ongoing aerial bombardment of Turkish forts significantly weakened their opponents, making victory for the Allies seemingly inevitable.

Understanding the critical importance of the Dardanelles to his nation, Turkish General Mustafa Kemal made it clear to his commanding officers that the Allies must not pass Gallipoli (“Çanakkale geçilmez”). He also famously told his troops: “I am not ordering you to attack, I am ordering you to die”.

One of the regiments on the Ottoman front line was the 57th Infantry Regiment. Formed in February 1915, almost no soldiers from the regiment survived the Gallipoli Campaign. Atatürk himself was hit by a piece of shrapnel, but was saved by a pocket watch he kept in his breast pocket.

The turning point came on 18 March 1915. Under the command of Admiral John de Robeck, the Allies launched a major naval offence targeting the narrowest part of the Dardanelles, where the straits was just a mile wide. But the day did not go to plan.

Unbeknown to them, a new line of mines had been secretly placed by the Ottoman minelayer Nusret ten days earlier. Passage for the Allied ships across the Dardanelles proved impossible. Several ships were sunk or critically damaged, forcing Admiral Robeck to order the rest of the fleet to retreat.

The victory proved a massive morale boost for the Ottoman Turks and cemented the reputation of Mustafa Kemal Paşa. Years later he would lead the Turks to an even bigger victory in their War of Independence and establish the Turkish Republic.

Each year on this day, Turkey remembers its fallen soldiers and its famous victory against the Allies. It is also a day when all other soldiers martyred in the line of duty are remembered, with prayers offered at gravesides.

In the UK, the Turkish and Turkish Cypriot ambassadors to London and members of the British Turkish community will again attend a Martyrs Day service at the Turkish Naval Cemetery in Gosport, Portsmouth.

One of the most popular acts of remembrance this year has come from Turkish rock-pop star Haluk Levent. The video, released yesterday, shows the singer with a choir and full orchestra performing a live rendition of the the hugely patriotic İzmir Marşı (Izmir March). It also includes footage from the famous Battle of Çanakkale.

At the end of the clip, Levent faces rows of empty theatre seats, each with the name of one of the deceased soldiers and citizens. He salutes these fallen heroes (‘Selam Olsun’), naming some of the men and women whose bravery helped the Turks to a famous victory. The video has gone viral, watched by millions in Turkey and around the world.