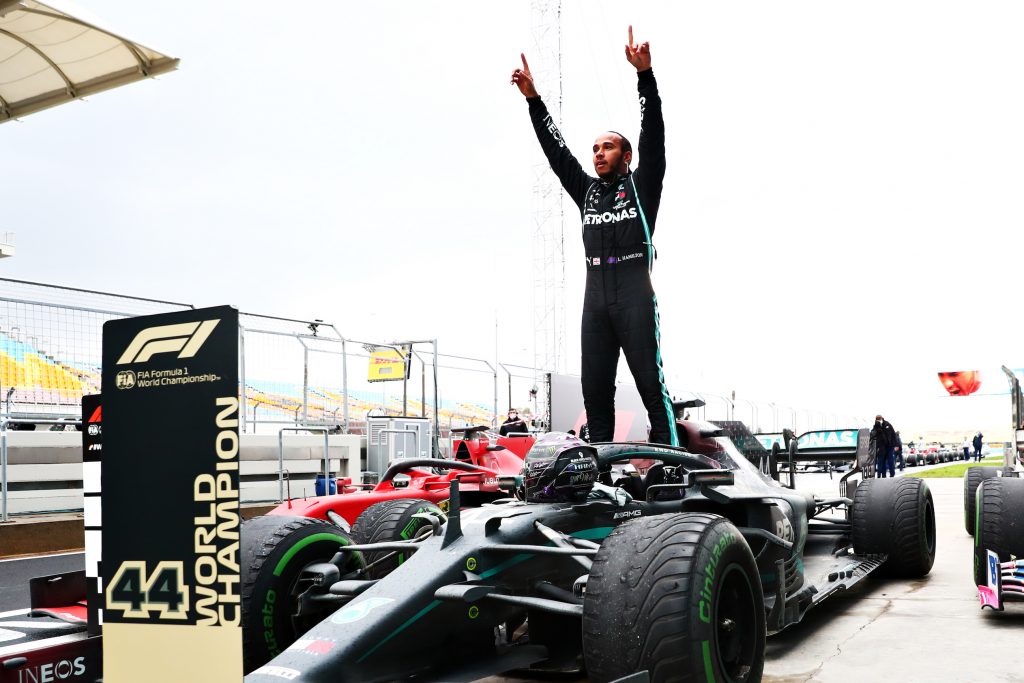 Sunday’s Turkish Grand Prix lived up to all expectations. A thrilling race fought in wet, difficult conditions that saw Mercedes’ Lewis Hamilton come from sixth on the grid to win and claim the seventh World Drivers’ title of his career.

Racing Point’s Sergio Perez and Ferrari’s Sebastian Vettel completed the podium. Valtteri Bottas – the only man who could have stopped Hamilton winning the title – spun six times on the track, ending the race in 14th.

Hamilton’s triumph at Istanbul Park saw new records tumble or be equalled. It was his tenth victory of the season, while his latest world title draws him level with Michael Schumacher for the Most Formula 1 (F1) World Drivers’ Championships.

In this 2020 season, Hamilton has won ten out of the 14 races, starting in pole position on 10 occasions, and recording the six fastest laps. He won the Drivers’ Championship with three races to spare. He has also led Mercedes to a seventh straight Constructors’ Championship.

The records speak for themselves, and firmly establishes Hamilton as one of – if not the– greatest F1 driver of all time. Statistically, the 35-year-old driver from Stevenage now holds or shares all of F1’s biggest records, including most podiums, pole positions, and points.

Sunday’s race in Istanbul showcased Hamilton’s mastery behind the wheel. He had started the race in sixth, risen to third midway through the first lap and then dropped back to sixth by the end of Lap 1 after an error at Turn 9.

When it dawns on you that you’re a SEVEN TIME F1 world champion pic.twitter.com/KS4ZwN22lG

The tactical decision to change his intermediate tyres just once proved critical, with Hamilton emerging victorious, taking the chequered flag some 25 seconds ahead of second-placed Perez.

Immediately after winning the race a tearful Hamilton said: “I’m definitely a bit lost for words,” his raw emotions reflecting the enormity of his achievement.