Lib Dems say: “give the TRNC a fair chance” 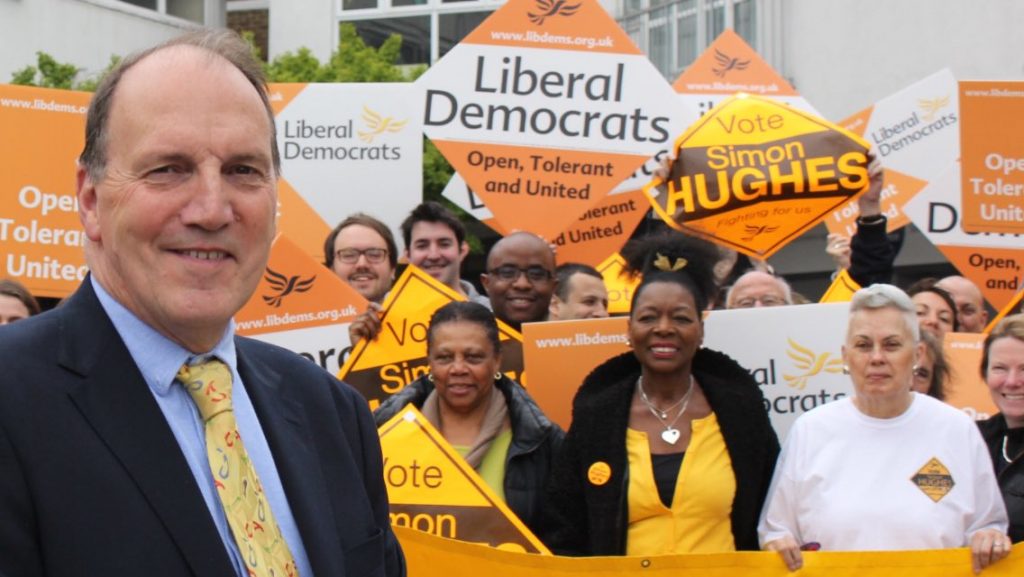 Members of both the Labour and Conservative parties have launched repeated attacks on the Turkish Cypriots, ever since Turkey’s armed intervention of 1974 in Cyprus. None of these attacks has ever been condemned by the Prime Minister of the time, despite the UK’s position as a Guarantor, or defender, of the rights and freedoms of both Greek and Turkish Cypriots.

The record shows that Liberal Democrats, more than any other party, have consistently campaigned for the fair and equal treatment of the Turkish Republic of North Cyprus, as the only practical basis for a just resolution to the island’s UN Peace Talks.

In a statement this week, before the General Election, Sir Simon Hughes, former Liberal Democrat MP and Deputy Leader, and candidate again for Bermondsey and Old Southwark this Thursday said:

‘Liberal Democrat action over the years show that Turkish Cypriots and Turks can trust us to support them equally during the Cyprus Peace Talks through to a fair settlement. The British government needs to be reminded that the status of the UK as a guarantor of Cyprus independence must mean fair, even-handed assistance and policies for both Greek and Turkish Cypriots, and not promises which are not delivered in practise.’

“I have visited the North and spoken with the government and the people here. I have seen the difficulties arising from the isolations on trade, sports and business: an end to these would, I believe, help the process and bring about a solution.”

“We have to find ways of ending the isolations . . . I know the complexities. I understand the history. Time is running out for a settlement but the needs of the people of the North are not going away. There should be trade and business with the North. I visited North Cyprus through Ercan to make it clear that I am supportive of the Turkish Cypriots and indeed both communities.”

“Upon my return to the UK I will brief the government and political parties on my visit and the urgency to help make the talks a success. I personally am very committed to bringing peace and a settlement. I have been involved in Cyprus for 40 years since I was a student.”

Ersu Ekrem: “Unlike the Conservatives and Labour, the Lib Dems have shown they are the most progressive party on Cyprus”

Simon Hughes and the Lib Dems are backed by Ersu Ekrem, a local businessman with a dry cleaning business on the Old Kent Road and the former Vice-Chair of Southwark Cyprus Turkish Association. Mr Ekrem told T-VINE:

“Simon Hughes used to have a reputation for being biased on Cyprus. But over the years we have known him, he has been open to dialogue with local Turkish Cypriot associations and constituents. Our concerted efforts saw a considerable shift in his attitudes, demonstrated by him visiting North Cyprus by flying into Ercan in 2012. He continues to exhibit a balanced approach to the Cyprus Problem and is one of the few senior British politicians who speaks up on the isolation of Turkish Cypriots, which is why I’m backing his return as our local [Bermondsey & Old Southwark] MP.”

“Unlike the Conservatives and Labour, whose MPs have constantly sought to undermine Turkish Cypriot rights, the Lib Dems have shown time and again they are the most progressive party on Cyprus. They are even-handed with both Turkish and Greek Cypriots – a prerequisite to achieving a solution based on the political equality of both communities.”

“I urge all British Turkish Cypriots in doubt of who to back this election, and especially those in Bermondsey & Southwark to cast their vote in favour of Liberal Democrats.”

When it comes to supporting Turkish Cypriot rights, historically, the record of the Lib Dems stands head and shoulders above the UK’s other political parties. In 2012, Baroness Sarah Ludford – then a Liberal Democrat MEP – was on hand to ensure that the European Union rejected a Greek Cypriot application, which threatened to end the TRNC’s vital Hellim/Halloumi trade.

Baroness Ludford commented at the time: “The immediate threat of a classification for Greek Cypriot Halloumi cheese, which might have locked Turkish Cypriot Hellim producers out of the market, has been averted, but it should never have been submitted unilaterally. There needs to be either a joint Hallloumi/Hellim application or the parallel approval of two applications.”

“The Commission is right in urging a resolution of divisions in Cyprus. But until that happy day arrives, the Commission needs to remember that it was Greek Cypriots who rejected the 2004 Annan Plan while Turkish Cypriots approved it, and to respect the subsequent EU promise to end the isolation of the Turkish Cypriots.”

Another Lib Dem MEP, Sir Graham Watson, also visited the TRNC and issued the following statement: “Liberal Democrats deeply regret that, as Cyprus prepares to take on the rotating presidency of the EU’s Council of Ministers, the island is still divided and the Turkish Cypriots are still denied the rights and privileges of EU citizenship.”

Sir Graham asked what the Greek Cypriot government was doing to ensure that Turkish Cypriots could participate in the next European Parliament elections on the island and expressed his concern at the unwillingness of the Greek Cypriot authorities to allow a mechanism to allow people in North Cyprus being represented on the Cypriot delegation to the Parliamentary Assembly of the Council of Europe.

More recently Lib Dem MEP Catherine Bearder has campaigned for the rights of Hellim producers in North Cyprus. In 2015, she wrote to EU Commissioners stressing the “significant negative impact” a Greek Cypriot-only PDO (Protected Designation of Origin) would have and asked the Commission to ensure that “any PDO status will be fully available to Hellim producers in both the Greek and the Turkish areas of Cyprus.”