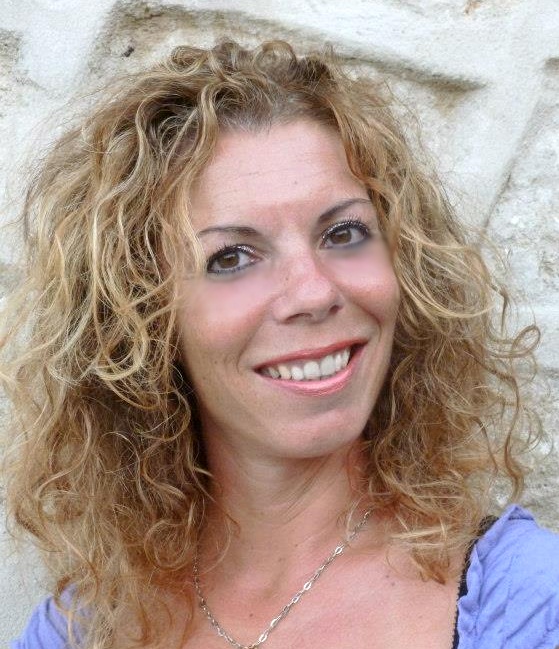 With 200 rejections for her first novel, Sibel could have easily given up. She persevered and is now an award-winning, international best-selling author with 16 titles under her belt.

1.Tell us about your background?

My mum is English and my dad Turkish Cypriot. Dad’s originally from Girne. He left in 1958 to study in Britain, which is where I was born. I grew up very Anglicised. There were no Cypriots near us in Hertfordshire and there were hardly any ethnic minorities in my junior school, which did lead to a bit of bullying. I went on to work in the Crown & Country Court for five years, then spent 10 years working for Hertfordshire Constabulary. Now I’m lucky to be able to write full time.

2. How did you get into writing?

I discovered the wonderful world of books as a child and remember scribbling down stories whenever I had a spare moment. I’d lose myself in books for hours. It was drastic things like splitting up with a boyfriend that made me start my first novel when I was about seventeen. I never got further than the first three chapters, though, because I didn’t have a clue what I was doing, other than using a typewriter (remember those?)! Then I started another one when I was about twenty-three, and ditto. I just knew that I loved writing and one day I would actually write a novel. Seven years ago my dream became a reality and I was able to start working on my first book.

3. Was it easy to get your first novel, Fourteen Days Later, published?

I’m sure we’ve all been stuck in a rut in our lives: Fourteen Days Later proves that anything is possible if you just take a chance on life. It’s a fun romantic comedy with a unique infusion of British and Turkish Cypriot characters. Think Bridget Jones meets My Big Fat Greek Wedding. After I wrote it, I contacted hundreds of agents and publishers and got a whopping 200 rejections!

When I first looked into publishing independently, platforms like Amazon Kindle didn’t support international authors. I decided to write another book (a chick lit mystery called Fashion, Lies, and Murder), hone my writing skills and wait for an opportunity to come up. Then in 2010, when Amazon opened up their doors to non-US authors, I uploaded Fourteen Days Later and Fashion, Lies, and Murder onto their Kindle store and haven’t looked back since!

4. How many units are you shifting, which are your best sellers?

Last year I sold over 70,000 books. My biggest selling novels are Fourteen Days Later and Fashion, Lies, and Murder.

5. We hear you are now signed up to a big US publisher?

Yes, last year, USA Today Bestselling author Gemma Halliday contacted me because she was setting up a boutique publishing company and wanted to republish my fun mystery series under her imprint. I knew Gemma because we both contributed to a blog for writers. It’s been a fun and exciting ride so far!

6. You’re best known as a ‘ChickLit’ author, but you’ve also written children’s books and non-fiction. Is it easy to flip from one genre to another?

I don’t find it easy; I find it a challenge, which is good. If we do the same thing all the time we can get bored and stale. Plus, my writing journey has taken me on a spiritual journey, and I’ve changed a lot in the last five years since I wrote my first novel. I like to raise issues that I think are important, and as a writer I’m lucky that I can lend a voice to them. Lately they’ve involved subjects which are raw, edgy, and very real in the society we live in, such as sexual assault, poaching of endangered species and the illegal animal wildlife trade. 7. What inspired you to write Trafficked: The Diary of a Sex Slave?

About seven years ago I watched a mini series about girls from Eastern Europe who’d been trafficked. It haunted me for a long time. Years later, I was sitting in a doctor’s surgery and picked up a magazine, which featured one of the women who’d been trafficked. A chill run through me: in all those years, I’d never heard anything in the media about it. I started researching other victims’ stories. They were horrific, heartbreaking, gut wrenching. Despite being a global problem, this was a subject many people were unaware of. I really wanted to do something to raise awareness. Although the book is fictional, it’s all inspired by real stories. The truly scary thing is this is going on right under our noses.

8. How did you end up writing a gluten-free Turkish recipe book?

My husband is Coeliac and when I first met him, there was very little choice: eating gluten-free bread was like eating a brick! But you shouldn’t have to sacrifice taste. So I decided to combine my knowledge of tasty, easy-to-cook, and nutritious Turkish food with gluten-free recipes. There are over 80 recipes of traditional Turkish favourites like Musakka, Oven Cooked Kebab, and Calamari, along with dishes that have a Turkish Cypriot twist to them, such as Cypriot Olive Bread and Hellim Pasta. Plus my own creations of Red Lentil and Rocket Soup, Caramelized Roast Vegetables with Feta, Spiced Mushroom Rice, Turkish-Style Shepherd’s Pie, and Choca Mocha Walnut Cake.

9. What Turkish thing could you not live without?

I’m a hellim addict so I can’t do without it! My fave TRNC hangout is Roots Bar in Küçük Erenköy. It’s a lively, friendly bar with a great atmosphere and a good mix of locals and ex-pats.

Sibel Hodge’s latest novel Butterfly, about two broken people and their struggle to find inner strength, trust, and hope, is available as a download from all good e-bookshops.