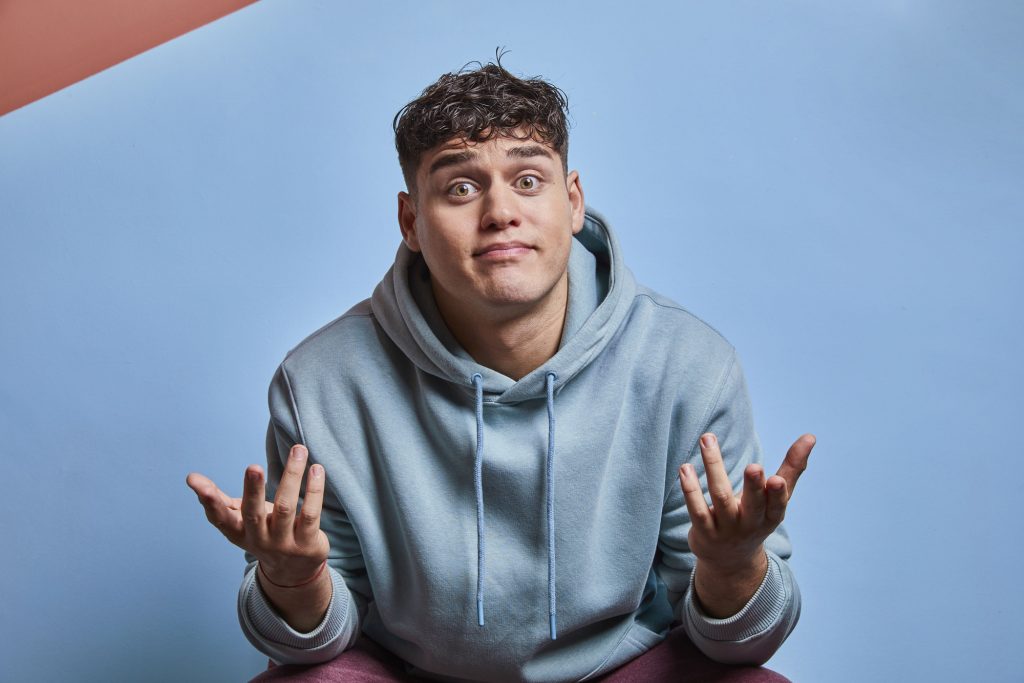 A new British comedy set in a pupil referral unit (‘PRU’) gets its first-ever airing on BBC iPlayer today. The show will make its terrestrial debut on BBC 1 on Friday night.

The 18-minute premiere of PRU is essentially a pilot, but BBC bosses were so impressed with the show that it’s already been commissioned for a full series, with shooting expected this summer.

PRU is told through the eyes of four charismatic, but complex young people, for whom sometimes even the smallest of obstacles can feel like the end of the world.

Halil, Hanna, Jaeden and Belle are four very different 15-year-olds who have one thing in common. They have all been permanently excluded from mainstream education and find themselves having to go through Year 10 together at their local PRU, a world seldom seen by the public.

They struggle to adhere to even the most basic of expectations and wreak havoc on their teachers’ day. Why does laidback Jaeden never turn up for school? What has upset Belle so much that she’s kicking bins down the corridor? Why is Halil being excluded from the PRU, and what has he done to annoy Hanna so much that she wants to dash a chair in his face?

“Turkish heritage is a big part of London and it’s not something that is often portrayed, especially in a show for young audiences”

T-VINE talked to PRU’s Executive Producer/Producer Leah Henry, who was also responsible for the show’s casting, and 19-year-old Jaye Ersavaş ahead of today’s broadcast.

How did the project come about?

LH: PRU is based on an original idea by Teddy Nygh, who also directed PRU and co-founded Fully Focused Productions with Nick Bedu in 2010, and PRU’s writers Alex Tenenbaum and Nathaniel Stevens.

Having all worked within pupil referral units, and supported young people struggling in mainstream education and through our work at Fully Focused, training young people from under-represented backgrounds to work in film and TV, it felt like there was a world to explore in PRUs that hadn’t been seen on TV before.

It’s nice to see Turkish characters involved in a British comedy and people of Turkish heritage cast for the roles. How much interest did you get from the UK Turkish community at audition stage?

LH: We had huge interest and support from the Turkish community, and we felt it was so important to include Halil and his dad Berdan – played brilliantly by Umit Ulgen – in the show.

Turkish heritage is a big part of London and it’s not something that is often portrayed, especially in a show for young audiences.

What made Jaye Ersavaş stand out as the perfect fit for Halil?

LH: Jaye jumped off the screen from the moment I saw his first audition tape. He even wore his old school uniform in the tape and did the translation scene in Turkish, it was hilarious!

We called him back for a second audition opposite Umit Ulgen to play his dad, and the chemistry was brilliant from the start.

Jaye was a joy to work with at the auditions and on-set. He is super talented, very hard-working, incredibly humble, and I can neither confirm – or deny – that bringing me a box of the most amazing baklava secured him the job!!

Tell us a bit about your family roots Jaye

JE: My mum Ayşe’s family are from a village near Mağusa [Famagusta] in North Cyprus. My birth dad is from Samsun, Turkey. Since the age of 7 I’ve been brought up by my step-dad Sandy Bajaj, who’s Indian. We live in East London, so I have a real multi-cultural mix to draw from.

When and how did you get into acting?

JE: I knew I wanted to be an actor when I was five years old. I loved watching films on TV. I would recreate the scenes for my family. I loved entertaining them.

My mum would take me to drama schools for kids, but they also expected you to sing and dance, and I hate both. I just wanted to act.

I did as much drama as I could at school. I proper enjoyed it. At secondary school there was a girl who was always getting roles on television, so I asked her how, and she told me she had an agent. I told my mum, “I need an agent. This is how I will get on TV,” so my mum called up the agency and persuaded them I was really talented and thankfully they agreed after checking me out. That was when I was 15.

My agency [Esta Charkham Associates] had a drama school on Saturdays, which I went to, and they’d get me lots of auditions for television parts and adverts. I’m so grateful to have them – they are like family.

I also studied drama and performance arts at college, at the Big Creative Academy on Blackhorse Road [Walthamstow]. I loved it and I got a double distinction for my Level 3 course.

The course has given me vital skills. You’re born with raw talent, but you also need the skills to develop the right way.

PRU is the first big acting role I’ve had. I also appear in a short film, yet to be released, called Cyber Choices, and I’m also going to be in a new ad for Walkers Crisps.

How’s the response been to you starring in a new BBC comedy show?

JE: Oh my God, I’m speechless. I’ve had so much love and support from everyone I know and even people I don’t know.

As soon as there was a call for Turks to audition for the role of Halil, lots of people contacted me to say, “Listen, you have got to do this. This is you!”

After I got the part and people started hearing about PRU being televised, I was getting such amazing responses, especially from the Turkish community, who were telling me they are “so proud” of me and that they “can’t wait” to see me on television.

I could not be any more grateful. All I’ve ever wanted is to act.

There aren’t many roles featuring Turks on TV and when they are, it’s the usual stereotypes – drug dealers, terrorists, kebab shop workers… You’ve broken the mould Jaye! What’s it like playing a young British Turk and did the director let you use your heritage to help shape a more authentic character?

JE: Halil is a typical British Turkish kid, who ends up in a public referral unit. Everyone has met a Halil. He’s not a bad kid, but he misbehaves a lot.

I feel really honoured to bring Turkish people and culture to TV.

None of the production team are Turkish, and they all encouraged me to add in Turkish elements. It’s not so apparent in the pilot, but hopefully in the series you will see more about Halil and his Turkish roots outside [PRU], at home. But even in the pilot I added a Turkish twang – Turks will get it as soon as they see it.

What do you relate to most about Halil? Were you ever naughty at school?

JE: Halil is literally me in secondary school. He’s the class clown. You are going to love him!

Of course I was naughty at school. Other than drama, I didn’t want to do any lessons, I wasn’t interested in studying algebra or grammar. When my mum went to parents’ evening, all my teachers would complain about how I’d misbehave and distract the other kids in their class. Only my drama teacher would praise me, telling mum, “Jaye works really hard. He is on the ball, he will be a big success one day.”

If I don’t enjoy something – and I hated most of my lessons – I won’t concentrate. So at school, people would say I wasn’t a good kid. They actually sent me to a pupil referral unit for a week. But mostly I got detentions and exclusions for misbehaving.

What’s next for PRU after the screening of the pilot show this week?

Jaye and Umit’s co-stars in PRU are Kosar Ali, who plays Hanna, Michael Boahen (Jaeden), Pia Somersby (Belle), and Kerry Godliman and Tom Moutchi, who as PRU teachers Jean and Andre try to keep all calm.