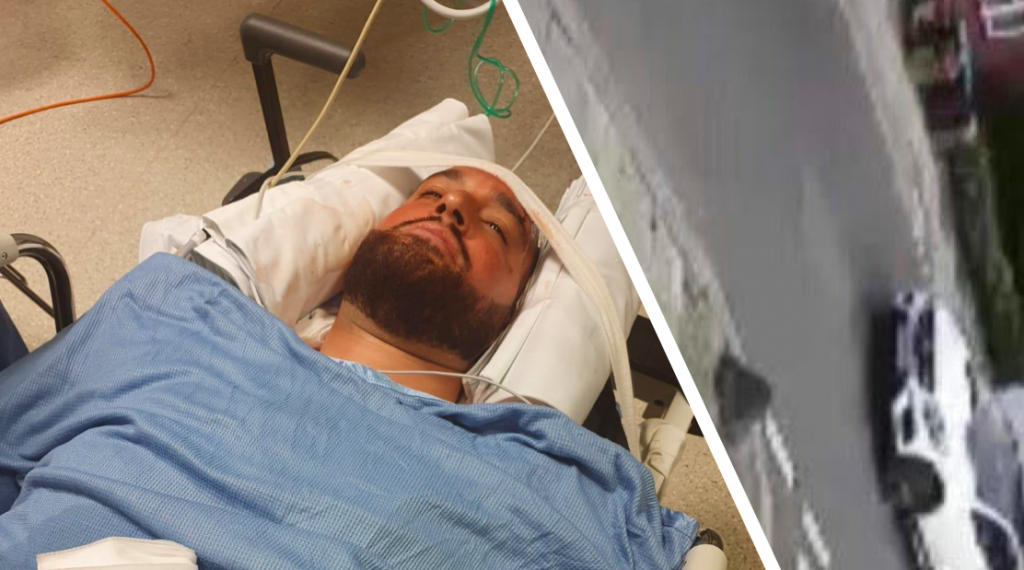 The suspected car involved in a hit-and-run accident that seriously injured a postman working in Edmonton on Saturday afternoon has been identified.

The driver, thought to be a female, sped off without stopping, leaving postman Necati Mehmet lying in the road.

Mr Mehmet’s family were sent CCTV footage of the vehicle, a white Mercedes, after making an appeal for information on Sunday.

His uncle Ahmet Baştürk told T-VINE this evening: “We are getting lots of information from members of the public about the accident and the vehicle involved. I strongly advise the driver to hand themselves into the police, as it’s only a matter of time before they are found and arrested.”

The incident occurred at around 2:30 pm on the busy Hertford Road by the junction with Cuckoo Hall Lane in Edmonton N9, on Saturday 26 September.

Postman Necati had just finished his rounds. He was in the process of collecting his mail distribution trolley to return to his base at the Royal Mail Lower Edmonton Delivery Office when he was hit by the car as he was crossing Hertford Road.

Speaking to T-VINE earlier today, Mr Baştürk said: “Necati was walking back to his trolley to go back to the depot. At approximately 2:30 pm, while crossing Hertford Road near Cuckoo [Hall] Lane, he was hit by a white Mercedes 17. The [number] plate starts with a K.

Initially there was confusion over whether the vehicle that hit Mr Mehmet was a van or car, but CCTV footage from near the scene of the accident confirms the suspected vehicle is a white Mercedes car.

The car struck the 30-year-old father-of-one, who was knocked unconscious as the driver sped away without stopping.

The crew of an air ambulance attended to Mr Mehmet at the scene of the accident before he was taken to the Royal London Hospital. Police also attended the scene and are investigating the matter.

Writing on social media, Mr Mehmet’s friends described him as a “gentle giant who was just doing his job,” and called the hit-and-run driver a “heartless scumbug” for leaving him “lying in the road for dead.”

Posting a photo on Facebook of his nephew in hospital covered in blood, Mr Baştürk advised the driver “ to give themselves up immediately!”

Mr Baştürk, a former chair of the Council of Turkish Cypriot Associations UK (CTCA) and owner of London Turkish Radio, is offering a £1,000 reward to help apprehend the suspect driver.