“Every kurban is a life for children with leukaemia!” – LÖSEV appeals for Kurban donations 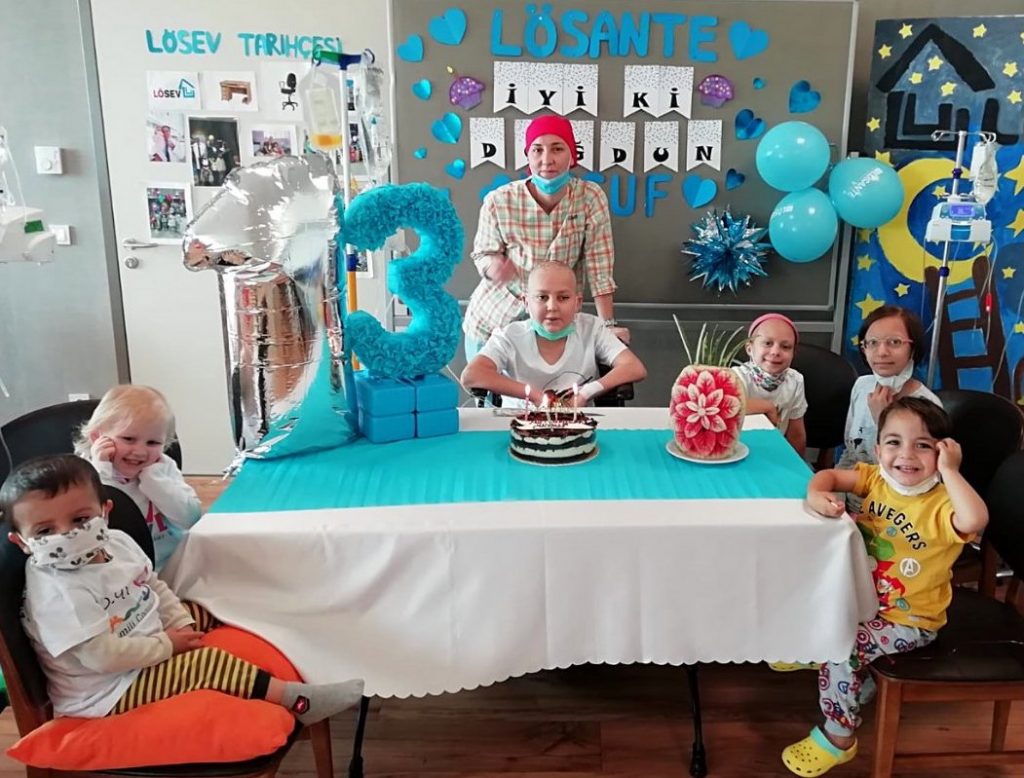 Turkey’s leading charity for children with leukaemia has launched its annual Kurban (Eid al-Adha) campaign, appealing for donations that can be used to assist disadvantaged families whose children are undergoing lifesaving treatment for the blood cancer.

Founded in 1998, LÖSEV, or the Health and Education Foundation for Children with Leukaemia, provides support and assistance to children with leukaemia and families in need all around Turkey.

They cover everything from medical diagnosis and treatment, to financial assistance, education, and psychological and social support for child patients and their families.

In 2000, the foundation opened LÖSANTE Hospital in the Turkish capital Ankara. It is the country’s only hospital for children with leukaemia, and treatment is provided free of charge.

Eight years later, LÖSEV opened a school for children with leukaemia, so they would not miss out during treatment. In 2010 they built a Children’s Village allowing families who were from outside Ankara to stay together with their child while they received treatment at LÖSANTE Hospital.

LÖSEV has been at the forefront of raising awareness not only of children with leukaemia and cancer, but also about this devastating illness, which disproportionately hits young people, and ways of prevention. They have also pioneered radical solutions for social care and medical support for those affected.

In 2015, the charity became Europe’s first ‘City for Children with Leukaemia’, their hospital LÖSANTE boasting some of the most advanced services in the world.

Kurban Bayramı a vital time for LÖSEV to fundraise

The charity relies on public donations for its work and the holy Islamic festival of Kurban Bayramı is one of the most important occasions for them to fundraise. This year, Kurban Bayramı falls on 19 July.

Each year, Muslims around the world offer a sacrifice (‘kurban’) by slaughtering an animal – a cow, goat, sheep, or camel – to reflect the Prophet Ibrahim’s willingness to sacrifice his son Ismail for the sake of God.

Traditionally, meat from the slaughtered animal would be divided three ways: a third to poor families, a third to neighbours, and a third kept by the person making the sacrifice. These days most people opt to give all the meat away to the disadvantaged people.

Increasingly, Muslims are also choosing to donate money to help the disadvantaged in lieu of slaughtering an animal.

A spokesperson told T-VINE: “As a charity, we are working very hard to support and assist disadvantaged and vulnerable members of society, especially children with leukaemia and their families.

“All our activities and programmes are funded by donations and support of thousands of our volunteers and generosity of our donors.”

Using the banner “Every kurban is a life for children with leukaemia!”, each year LÖSEV appeals to people in Turkey and the Turkish diaspora to help finance their work. This year, with the depreciation of the Turkish Lira, international donations are even more important.

“We accept the donations of Kurban on your behalf. We strictly follow and conduct the religious rituals in accordance with Islamic rules. We then distribute these Kurban donations during the next 12 months, providing much needed fresh meat for our children under cancer treatment and poverty-stricken families.”

Alternatively, people can make a financial Kurban donation, which “also give life to nearly 50,000 children with leukaemia and their families, and also to adult cancer patients registered to LÖSEV,” the charity said.

The money is used to pay for medicine, intensive care treatment, and financial assistance for those who need it. It can also help cover the cost of household appliances, clothes, toys, and computers, as well as educational scholarships and holiday camps for disadvantaged families with a cancer patient.

LÖSEV has an excellent track record in helping patients overcome cancer by seeking out the most effective treatments available. In the 1990s, the success rate for treating leukaemia was around 20%. Today the that figure has reached 92% at LÖSEV’s LÖSANTE Hospital.

“Each patient is given personalised treatments, as well as healthy nutrition and mental health and social care. We hope in time, with the support of our volunteers and donors, our success rate for treatment will reach 100%”, the LÖSEV stated.