Asia Minor: a progressive rock band from France with a Turkish touch 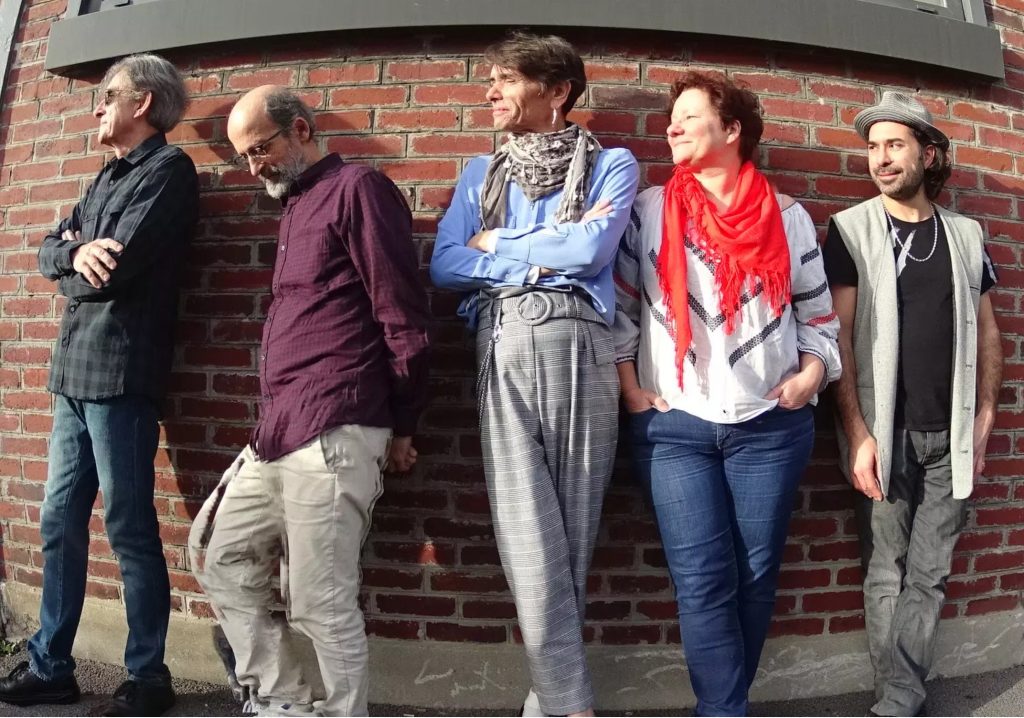 It was the end of 70s and early 80s, when punk became mainstream, and Franco-Turkish combo progressive rock band Asia Minor hit their stride, releasing two albums back to back.

Suddenly the band was attracting the attention of all prog lovers and prominent musicians of the era, including Alan Parsons, who was recording an album in Paris at the time, and Bill Bruford, the drummer of Yes and King Crimson.

Asia Minor’s success was also felt in Turkey. A small group of music enthusiasts played their albums on the radio and TV programmes, when state broadcaster TRT was the country’s only media platform.

While the likeness of their sound to Camel, Jethro Tull and King Crimson brought success, the ethnic touches in their music contributed to their originality and created a fan base in Turkey as well.

Asia Minor has found a respectable place in progressive rock history with its two albums, Crossing The Line and Between Flesh and Divine, that they released in 1979 and 1980 respectively.

A few years later, the band decided to take a break from music, primarily because progressive rock music was losing its popularity in the 1980s.

The band never had the support of a big record label, which was the main reason for achieving such little international fame, and they finally disbanded in 1982.

Initially, the albums came out on vinyl by French record company Musea, then on CD in the 90s. In the noughties, progressive rock came up to the fore again and in 2009, Japan’s Marquee Records released both albums in SHM CD format. The sound of Asia Minor also gained more familiarity among prog fans with the help of the internet.

Along the way, many neo progressive bands have emerged, and 70s rock bands started to reform for concerts and new albums. Following the same path 41 years after first coming together, Asia Minor were also reunited.

Their second album Between Flesh and Divine was re-released on LP in 2016 by Rainbow45 Records. Not only did this bring a new generation of fans, but it also peaked the band members’ interest in creating new music.

Spurred on with this positive energy, the band thought it was the right time for a brand new album, and Points of Libration was recorded in Paris towards the end of 2019, right before the pandemic started.

Listening to Points of Libration, it’s quite obvious that Asia Minor keeps the musical standards high, while protecting the original style they created in late 70s, even though the music market has changed dramatically since then. The music is brand new, but still in harmony with their previous albums.

I have been listening to the album over and over again recently. It’s fair to say that the unique musical sound of Asia Minor from their early albums is well preserved.

Hearing the flute, the minor tones and gloomy melodies in almost every song and soulful singing you can immediately recognise it as the distinctive style of Asia Minor.

The band had some changes to their line-up during the recording of the new album: Evelyne Kandel, Micha Rousseau and Julien Tekeyan joined the band. These musicians were clearly very familiar with the original sound of Asia Minor; the new album reflects how successfully they have blended in.

The lyrics of one of the songs, ‘Radyo Hatırası’ (Memory of the Radio) in the album was written by Eril Tekeli’s daughter and the cover illustration was done by Setrak Bakirel’s daughters.

I managed to interview the band. Thanks to Asia Minor members for their kind response to my questions.

BM: Your first two albums in 1979 & 80 were pretty successful, unique works. What checked your rise and brought such an abrupt end to Asia Minor? Did the rise of Punk have an impact, as Prog fans were never into punk, and would it have made a difference being around 5 years before or after this period?

AM : You are right, the active period of the band was exactly when symphonic prog music started to fall into oblivion and even be denigrated by musical media, especially in France. We will never know for sure, but if we had received any serious proposal from the music industry, things would certainly have been different.

Eril, after his studies, had to go back to Turkey. Everyone had to deal with professional and family considerations, so this brought an end to the band.

BM: The reunion was a long time in coming, 33 years after you broke up. Why was that? Did any of the band members try to bring the band together before?

AM : We actually made an attempt in 1992 to re-form the band without Eril, who was living in Turkey and played there with his band ‘Paralel’. We did some concerts and a recording which, due to artistic divergence, has never been released.

Back in the 80s, except after the gigs where we could speak to fans, we could never receive actual feedback from fans about our music. It only became possible through social networking.

When we started our Facebook page in 2012 and read the Youtube comments, we realised how much our fans appreciate our first two albums and are often deeply moved by them. This prompted us to re-form the band, it was so motivating!

BM: Can you please tell us about the new album process? Why 40 years later? What’s the reaction from fans?

AM: 40 years later… Well, it’s incredible, isn’t it? At that time in 2013, when Eril came and visited us in Paris for the first time in 25 years, the initial intent was to re-form the band so that we could play our two albums live. From there, composing new material started off quite naturally, spurred by the inspiring lyrics from Setrak’s daughter’s friend Marlene Poste and Eril’s daughter Selen.

Nowadays we can send each other files and work from home, and for a ‘living far apart’ band like us – Eril in Turkey, Micha in the south of France, Evelyne, Setrak and Julien near Paris – it was a big chance and a real comfort.

Many bands proceed like this today. We used to meet for 1 or 2 weeks every 2 or 3 months in Paris to rehearse and put together ideas and arrangements, that is, before Covid showed its ugly face! Let’s hope we can resume soon…

The reaction from listeners for our 3rd album is, so far, very good. They are happy to find the sound and style they used to like in the first 2 albums, despite the slight change in the musicians’ line-up and the time lapse.

BM: And the striking illustrations on Points of Libration album cover – do they mean anything?

The illustrations on the cover and inside the booklet of “Points of Libration” are related to the lyrics of each song. They were imagined and painted by Setrak’s daughter Anouch.

BM: Having a social media presence and strong visuals is important. Do you plan to have any videos for any songs from the new album?

AM: Yes, it is on the agenda, we would really like to have one of the tracks from Points of Libration on video and we’re working on it at the moment. It is not so easy when we have to organise everything without any help of any kind, neither artistically nor financially. This is why we are very slow and we thank our fans for their patience!

BM: Between Flesh & Divine was re-released in 2016 by Rainbow45 Records in Turkey, are there any plans for Crossing The Line & when?

AM : Re-issuing of both Crossing the Line and Between Flesh and Divine through our 3 different labels, including Rainbow45 Records, is on its way. We are currently working on the remastering of both albums from the original master tapes, the result seems very promising so far!

BM : Do you think there is enough interest into Prog Rock today?

AM : We are fond of Prog Rock (not too much Metal Prog… ) so, of course no, we think there is not enough interest in it, but thanks again to the Internet, Prog Rock fans can be directly in touch with each other. They can easily get news from and about the bands they enjoy and thanks to digital platforms.

Bands can promote their own production by themselves without resorting to a record company or having to materialize it in the form of LPs or CDs, although this is precisely what we’ve been doing lately!

Anyway, we hope all these technical advancements will help bands such as Asia Minor stir up some interest in Prog Rock again…

We firmly hope that, as soon as the Covid pandemic is over, Prog festivals will invite Asia Minor. We are longing to meet our fan base. We are very proud of what has been accomplished so far and we wish to play live together again at last!

If you care for a taste of the new album and to find more information, please visit Asia Minor’s website and Bandcamp account, and make sure to support musicians in these difficult times.