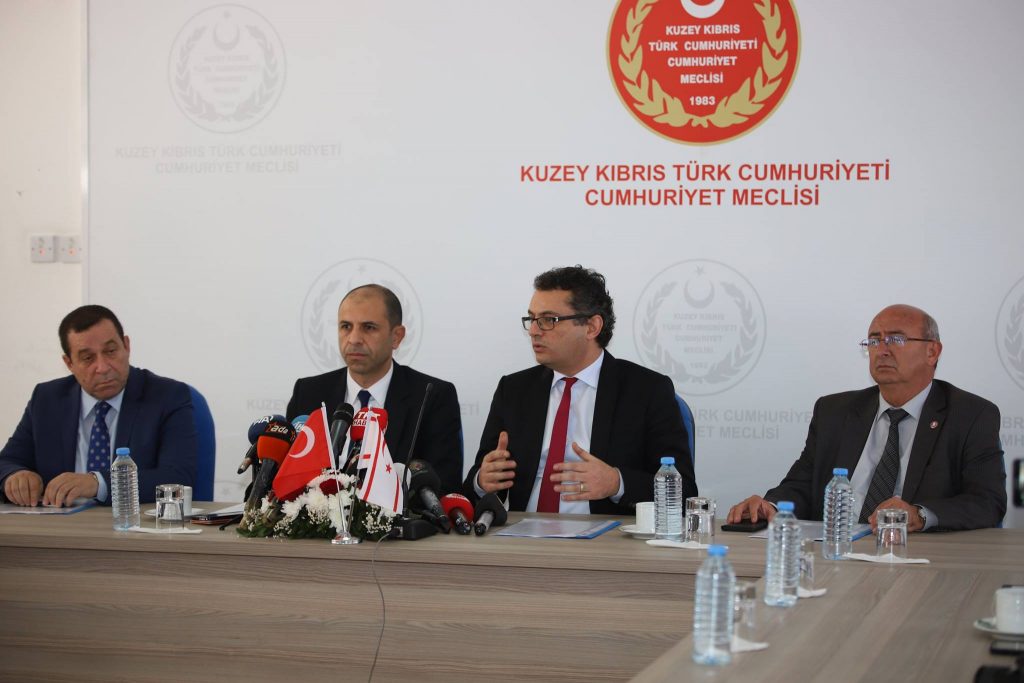 Four political parties in the Turkish Republic of Northern Cyprus have struck an agreement, paving the way for a new coalition government to be formed headed by the leader of the left-wing Republican Turkish Party (CTP) Tufan Erhürman. Details of the new team were presented to TRNC President Mustafa Akıncı earlier today, which was followed by a formal handover with former Prime Minister Hüseyin Özgürgün.

Özgürgün’s right-wing National Unity Party (UBP) had taken 36% of the vote in last month’s General Election, giving him 21 MPs – five short of an absolute majority. His efforts to form a coalition were thwarted when four of the five parties represented in the TRNC Parliament refused to enter into government with UBP, which has been plagued by sleaze and corruption scandals.

Earlier this week, President Akıncı passed the baton to Tufan Erhürman, the leader of the next largest party CTP, which has 12 MPs. Having previously met with the leaders of HP (People’s Party), DP (Democrat Party) and TDP (Communal Democracy Party) and agreed in principle on forming a coalition government, Erhürman’s job was relatively straightforward: to officially confirm the proposals, which would give him a working majority of two: 27 deputies in a Parliament of 50 MPs.

The four leaders, pictured above at a press conference yesterday, took the proposals to their respective National Executives for ratification, which was duly given. It paved the way for the four-way coalition to be formalised. The parties were collectively backed by 55% of the TRNC electorate in the General Election. They now make-up the TRNC’s 40th Government since the Turkish Cypriot republic was formed 34 years ago, on 15 November 1983.

Erhürman’s Deputy Prime Minister and Foreign Minister is HP leader and former TRNC Chief Negotiator Kudret Özersay. Özdil Nami steps down from his role as Turkish Cypriot Chief Negotiator at the Cyprus Talks to become the new Economy Minister. Erhürman also named two women in his cabinet: HP’s Ayşegül Baybars, a lawyer by profession, is the new Home Affairs Minister, while Dr Filiz Besim, who failed in her bid to be elected as a CTP MP for Güzelyurt, is appointed as Health Minister.

Members of the new TRNC cabinet