New MP Feryal Demirci Clark sworn in, as Boris gets down to Brexit after UK General Election 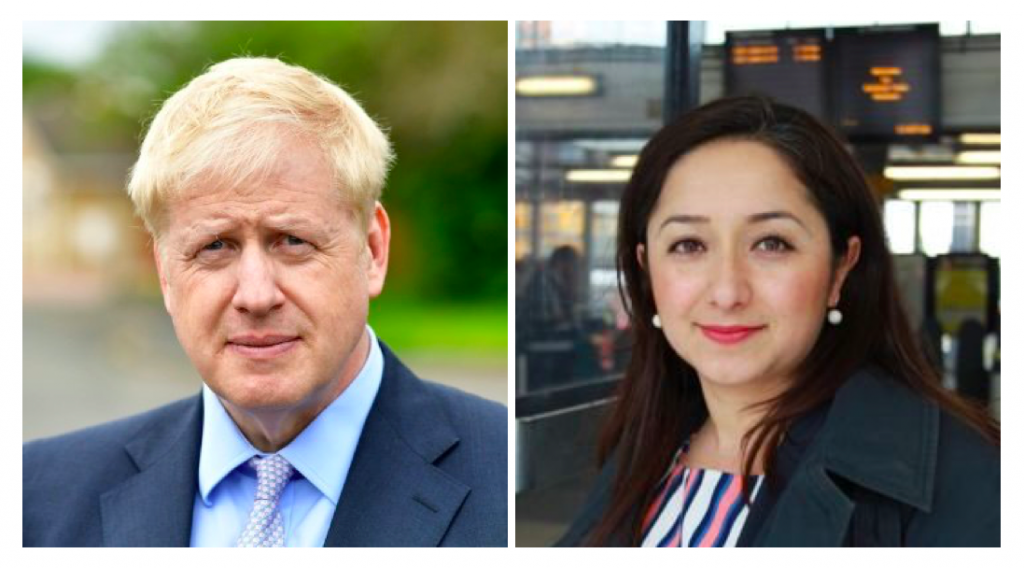 Conservative Prime Minister Boris wasted no time in getting down to business after winning a landslide victory at the 12 December General Election.

On Tuesday he greeted 106 new Tory MPs at Westminster. The following day they and 34 other first-time MPs, Labour’s Feryal Demirci Clarke among them, were sworn in as Members of Parliament.

A week after the General Election, the Queen addressed both Houses in the State Opening of Parliament on 19 December 2019. During her speech, the Queen set out the government’s agenda for the coming session, outlining proposed policies and legislation, with Brexit legislation, the NHS and domestic reforms, including new building regulations, dominating.

Twenty-four hours later, the Prime Minister was delivering on his core election promise of “getting Brexit done”, by passing the Withdraw Agreement bill. After three years of delay, the bill passed its second reading comfortably by 358 votes to 234.

It means the legislation is on track to complete its passage through both Houses of Parliament in time to allow Britain to exit from the European Union at the end of January 2020.

The Prime Minister claimed that pressing ahead with Brexit would “allow the warmth and natural affection that we all share with our European neighbours to find renewed expression in one great new national project of building a deep, special and democratically accountable partnership with those nations we are proud to call our closest friends”.

Charles Michel, the president of the European Council, welcomed the vote, tweeting that it was an “important step in the article 50 ratification process”. He added: “A level playing field remains a must for any future relationship,” referring to the EU’s demand for fair competition in exchange for a free-trade agreement with zero tariffs and zero quotas.

The British General Election generated a landslide victory for Boris Johnson and the Conservative Party, winning 365 of 650 possible seats, up 47 from the 2017 election. Second placed Labour trailed in with 203, down 59.

The Scottish National Party also had a good night winning 48 seats, increasing their MPs by 11 from two years ago, while the Liberal Democrats, full of high hopes prior to the Election, returned just 11 MPs, their leader Jo Swinson among the night’s casualties.

Feryal Demirci Clark made history on 12 December, becoming the first person from Turkey and the first woman of Kurdish ethnicity to become a British MP. She held on to Enfield North for Labour by beating Tory challenger Joanne Laban 23,340 to 16,848.

Last night I was sworn in as Member of Parliament for Enfield North. It is an enormous privilege to be sent here by my constituents and I won’t take it for granted. pic.twitter.com/NdQJlXOhBG

Mrs Clark is one of 220 women in the new Parliament, a record number. She also represents a growth in ethnic minority MPs, now a record one in ten (according to BBC figures, 10 years ago it was just one in 40 MPs).

Three other candidates hailing from Turkey or North Cyprus also stood in the 2019 General Election, but failed to get elected.

Another Conservative challenger, Ankara-born Neva Novak, was soundly beaten into second place by Maria Eagle. The Labour incumbent took 38,578 votes to Neva’s 6,954 in the Garston & Halewood seat in Liverpool.

In a surprising result, Labour’s Ibrahim Dogus lost out to Conservative challenger Nicola Richards in the battle for West Bromwich East. Recently vacated by deputy Labour leader Tom Watson, who stood down at this election, the “safe seat” saw a massive swing to the Conservatives, who won by 16,804 votes to Labour’s 15,211 – a 15% drop in votes.

A close-drawn battle saw Iain Duncan Smith MP hold on to Chingford and Woodford Green, though his majority was slashed to less than 1,300 votes. The MP, who has backed direct flights to Ercan Airport resulting in dozens of Turkish Cypriots supporting his campaign, beat Labour’s Faiza Shaheen 23,481 to 22,219.

Boris Johnson had paid a visit to the East London constituency five days before the general election to boost morale. The home of Turkish Cypriot Conservative Councillor Ilkay Isa was used for the impromptu rally. The British PM sipped Turkish coffee made by British pop star Eylem, the daughter of Cllr Ilkay Isa,  as he took selfies with Iain Duncan Smith and local party activists.

In Chipping Barnet, Conservative MP Theresa Villiers held on to her seat. The notoriously anti-Turkish MP saw her vote share down by 1.5%. However, with a surge in support for the Lib Dem candidate, party vice-chair Isabelle Parasram, who took 5,932 votes, Labour’s Emma Whysall was unable to overturn Villiers’s 353 majority from 2017, remaining in second place for this election too with 24,533 votes.