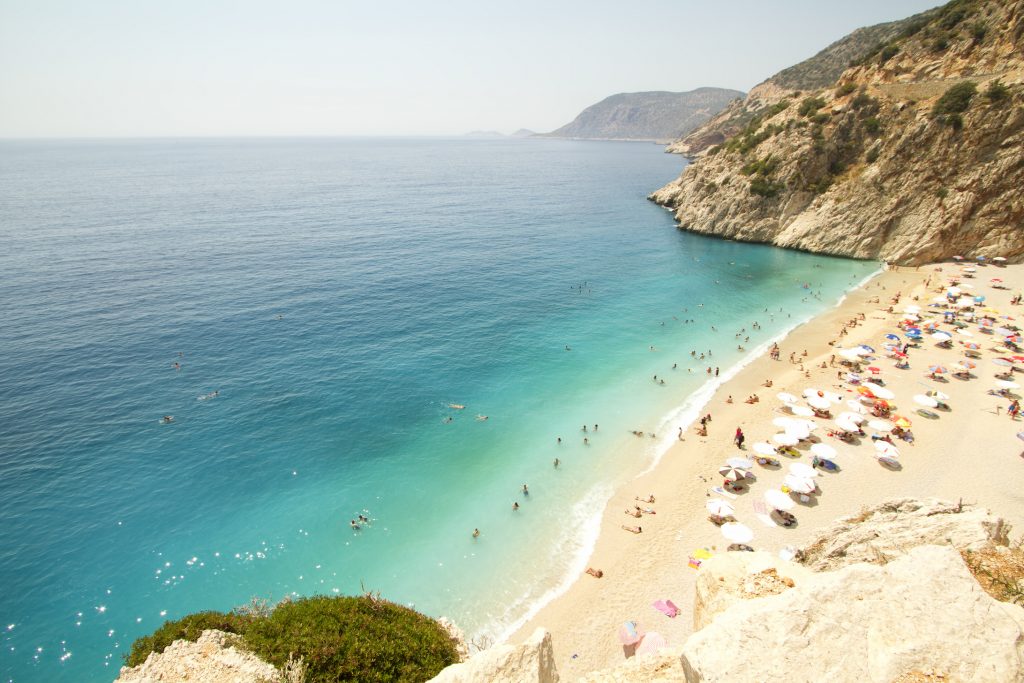 It comes as no surprise that the Turkish Riviera attracts so many visitors: Antalya is blessed with a rich history, natural beauty and a diverse local lifestyle. Most tourists come for a beach holiday, enjoying an all-year warm climate and multiple blue flag beaches, as well as incredible resorts suitable for all budgets in seaside towns such as Alanya, Belek, Side, Kemer, Kaş and Kalkan. The ‘Maldives of the Mediterranean’, Suluada Island is also in Antalya, famed for its turquoise water and white sand.

Antalya offers much more than the sun and the sea, however. It has well-preserved historical sites like Hadrian’s Gate and Yivliminare Mosque, and the ancient cities of Aspendos, Termessos, Xanthos, Phaselis, Perge and Olympos. Aspendos has a 2,000-year-old theatre, which hosts concerts in its unique atmosphere. A hipster favourite nestled in a nature reserve, Olympos has tree house accommodation and stunning beaches running alongside ancient ruins. Antalya’s city centre district Kaleiçi is also a must-see area with its entertainment spots, hotels, restaurants and bars.

Cultural and social life are also very rich. Major concerts, festivals, art exhibitions and sports events take place throughout the year. It is a hub for golf lovers, boasting great courses, weather, and the Turkish Airlines Open Tournament. Dining out, shopping, and a great night life all add to the appeal of Antalya, with many tourists returning as permanent guests.

According to Mastercard, tourists spent $7.65B in Antalya in 2018, which is expected to increase by nearly 10% this year. Antalya’s tourist record has been well received by the Turkish tourism industry, which declined several seasons ago due to a variety of disturbances.

In 2015, Turkey shot down a Russian jet flying over its border with Syria and the deepening crisis between the two countries saw Russian tourists boycott Turkey, severely impacting Antalya. Terror attacks by Daesh (Islamic fundamentalists) and TAK (Kurdistan Freedom Hawks) in 2015 and 2016, including one at Atatürk Airport, also affected tourism, as did the failed coup attempt on 15 July 2016. The reversal of fortunes in Turkish tourism coincides with Turkey’s improved relations with Russia.