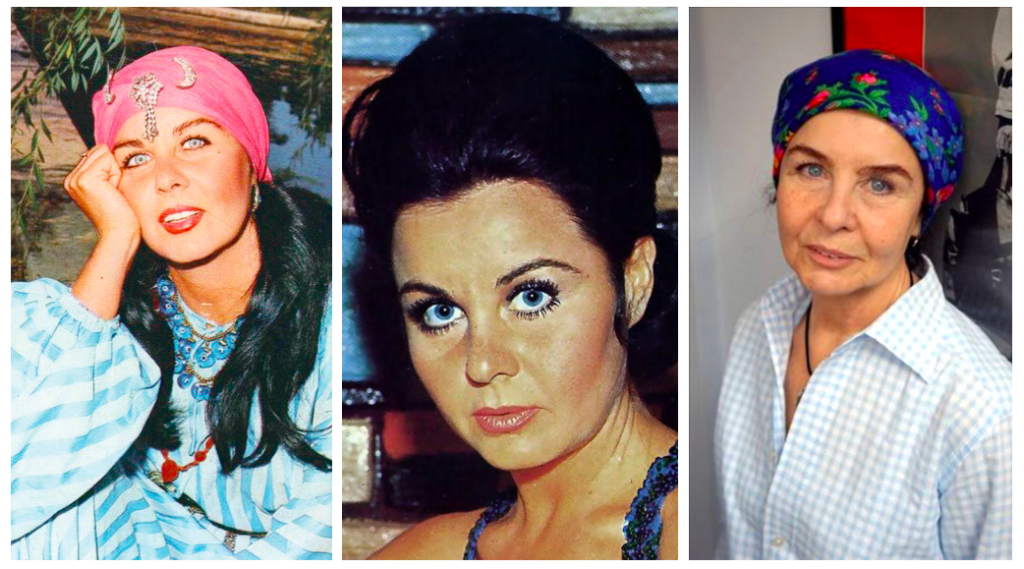 Turkey is mourning one of its greatest screen actresses, Fatma Girik. She died at a hospital in Istanbul aged 79.

A statement issued by Liv Hospital, where the iconic actress was being treated for COVID-19-related pneumonia, said her death was due to multiple organ failure.

Alongside Hülya Koçyiğit, Filiz Akın and Türkan Şoray, Girik was regarded as one of Turkish cinema’s most important actresses, blazing a trail for others to follow. The four were known as the ‘four-leaf shamrock’ of Yeşilçam – Turkey’s equivalent of Hollywood.

One of the first to confirm the star’s death was Şişli Mayor Muammer Keskin, who expressed his deep sadness on social media.

Mayor Keskin said he had the honour of working with Girik when she was the Mayor of Şişli, one of Istanbul’s big districts. Girik was elected as Mayor in 1989 for the now defunct Social Democratic Populist Party (SHP). She remained in office for one term, holding the position of Şişli Mayor until 1994.

Fatma Girik had, however, won the hearts of Turks on the silver screen decades earlier. She appeared in over 180 films and several television series during a career that spanned over half a century. Many of her roles were of strong female characters, making her an inspiration for many Turkish women.

A native of Istanbul, where she was born in December 1942, Girik started her career as an extra. She landed her first leading role in the 1957 film Leke(The Stain) when she was only 14 years old.

Hülya Koçyiğit: “Turkish cinema has lost one of its most important actresses, I lost my sister”

Among her TV highlights was Altın Kızlar (2009), an adaptation of US sitcom The Golden Girls, appearing with two of the four-leaf shamrock, Hülya Koçyiğit and Türkan Şoray, alongside another legendary Turkish actress, Nevra Serezli.

In her later years, she was the recipient of several honorary awards, including from the Antalya Golden Orange Film Festival (1998), the Istanbul International Film Festival (2001), the Turkish Film Critics Association (SIYAD) Awards (2002), from the Sadri Alışık Theatre and Cinema Awards (2007) and the Nuremberg Film Festival “Turkey-Germany” (2014).

In her latest interview, Girik said she doesn’t want anyone to talk badly behind her after she dies: “I never hurt or despised anyone. That is what I cared about most. Being a good person is more difficult than anything in this world. I did justice to my arts. I became an artist for people”.

Many well-known faces from film, entertainment and politics paid tribute to the iconic actress, including her peers Hülya Koçyiğit and Filiz Akın.

“I’m burning on the inside. My dear friend, my dear friend with a huge heart and deep blue eyes who would give us all energy and happiness. I can’t believe it. My Fatma, what plans we made when I visited you, my friend. You know, we were going to do all of them… It wasn’t meant to be like this. My heart hurts a lot. Turkish cinema has lost one of its most important actresses, I lost my sister…A Fatma Girik passed from this world… May your soul rest in peace, my Fatma, my beautiful heart. Deepest condolences to all of us,” posted Koçyiğit on Instagram.

Fellow Yeşilçam actress Filiz Akın also took to social media to express her sadness at the loss of her friend: “I am still in shock at the news. I’m thinking, ‘I must have heard wrong’. It is not happening. The phones are ringing, the messages are coming in… Ah my frank friend. She’d just opened an Instagram page that we’d shared. I am writing this with tears in my eyes. Who will I call ‘My Violet Eyes’ now?

She was the partner of prominent film producer, director and screenwriter Memduh Ün until his death in 2015, appearing in many movies directed by him.

Two memorial services were held for the actress turned public servant earlier today. The first was at Şişli Municipality with the attendance of municipality employees, and the second Cemal Reşit Rey Concert Hall. Funeral prayers were also said at Şişli’s Teşvikiye Mosque.

Before her death, the actress had said that she didn’t want a big fuss when she died and that she accepted death, as it would mean being together with her beloved Memduh.

“After all, I am not a robot, I am a living being; one day I will surely taste death. I will meet Memduh.”

When asked what kind of send-off she wanted, Girik replied, “I don’t want such a big farewell or ceremony when I die. I want to leave quietly like [Turkish actress and author] Gülriz Sururi.”

Fatma Girik will be buried in Bodrum, where she had been living. She is survived by an adopted daughter, Ahu Karabacak.