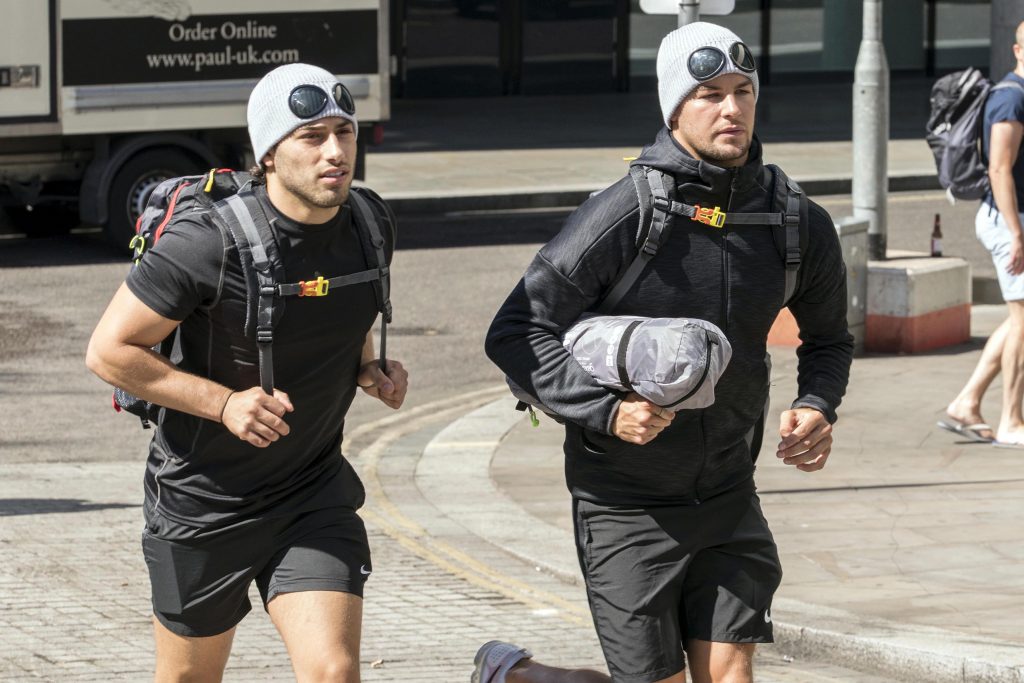 The celebrities can hide anywhere in mainland Britain, but hot on their tails will be real life investigators, which include former police and intelligence officers whose job it is to hunt the fugitives down and bring them in. The hunters have the same powers as the state, allowing them to track the fugitives by monitoring their phones, searching their homes and analysing any electronic footprints left by bank payments etc.

It promises to be a mad ordeal of chases, escapes and eventually capture. And Chris and Kem, who recently starred in their own mini TV series of challenges set by the public in You vs Chris and Kem, must fancy their chances of coming out on top in Celebrity Hunted.

When asked why they were taking part, Kem told the press:

“Me and Chris love doing this stuff together, we’re just grateful to be given this opportunity. Of course, it’s for an amazing cause as well so that we just feel like we want to be part of it and use what we’ve done over the last year to help towards something that’s amazing. We saw how much it benefited last year. So when they asked us if we would be on the show, it was a no-brainer. I’m more scared than him though!”

Chris added: “We want to win. We wouldn’t sign up if we were satisfied with surviving a week, we want to win, we’re very competitive!”

The first series of Hunted ran with civilians in 2015 and became an instant TV hit. Last year a celebrity version was introduced for charity, and after its huge success Celebrity Hunted returns for 2018 in support of Stand Up To Cancer.

Running since 2012 and organised by Channel 4 and Cancer Research UK, this annual campaign uses the pulling power of television to raise awareness and millions of pounds for the charity. The month-long campaign runs throughout October and is backed by dozens of celebrities.

Tune in to Channel 4 on tonight, Tuesday 16 October at 9.15pm for the start of Celebrity Hunted. The one hour 10 minute-long show will be televised weekly on Tuesdays with a total of five episodes. All episodes will be available to watch online via All4 after they are first broadcast on Channel 4.

For more information or to support Stand Up For Cancer, visit their website.

All images of Chris and Kem on Celebrity Hunted 2018 courtesy of Channel 4, photos © Chris Hutton