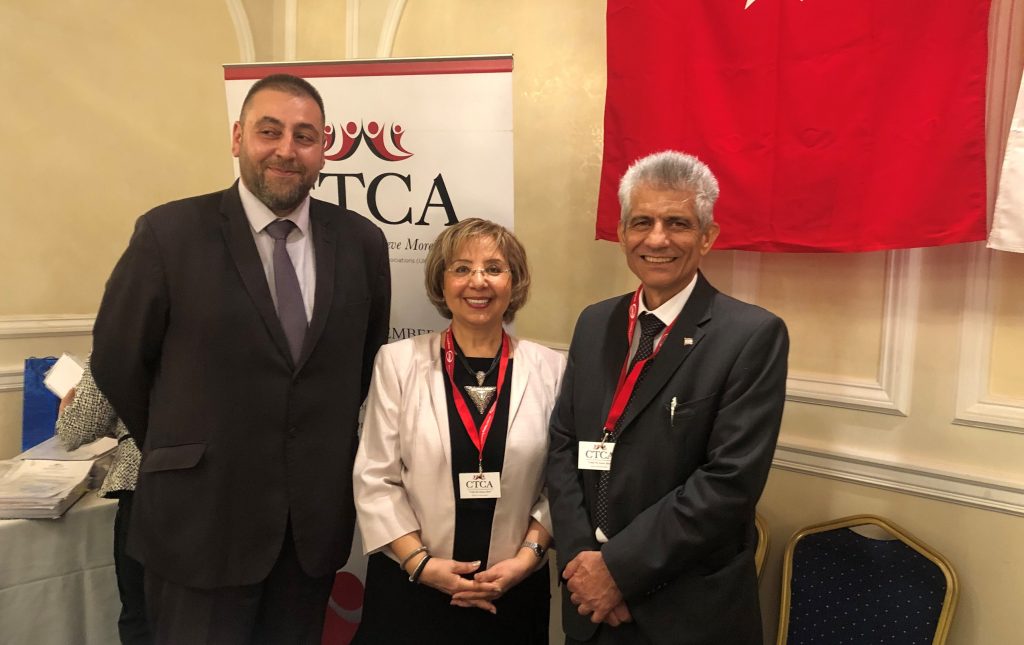 Veteran Turkish Cypriot community activist Ertuğrul Mehmet has been elected the new president of the Council of Turkish Cypriot Associations in Britain (CTCA UK). He was one of two candidates to stand in Sunday’s election, beating fellow committee member Ayşe Osman 39 votes to 16, to become CTCA’s thirteenth president.

After being confirmed the winner Mr Mehmet, a former chairman of Southgate Ataturk Turkish School and the long-time co-ordinator of the Turkish Education Consortium, thanked everyone for voting him “to be the next president of this distinguished organisation.”

He reflected on his experiences with CTCA, stating: “I started working with Mr Ahmet Nazim’s Management Committee as Chair of the Education Committee. He was my first teacher. Then I worked with the late Aysın Yılmaz for two years as [CTCA] Secretary. Then this year with Leyla Kemal as [CTCA] Secretary too.  I learned different things from all of them.”

Noting the progress made under his predecessor Leyla Kemal, whom he thanked for “working tirelessly for four years,” Mr Mehmet added that through his new “energetic, young committee and the support of [CTCA] members”, the voluntary-managed organisation will advance to “another level in the near future”.

Mr Mehmet introduced his new committee, which saw him appoint his opponent Ms Osman as one of his two vice-presidents.

His working career started in a catering firm, where he was first employed as a washer up, before becoming a chef, waiter, manager, and eventually area manager.

He left in 1975 to become a director and partner in an electrical company. Eight years later, he formed his own building company, adding a stake in two restaurant businesses (fish and chips, and kebab house) in 1988.

Married with two children and four grandchildren, Mr Mehmet was able to retire in 1997 at the age of 48, and has since devoted his time to voluntary community works.

Between 1997 and 2015, and again from 2018, he has served on the Southgate Ataturk Turkish School Management Committee, two of these years as chairman.

He was Secretary and later Co-ordinator of the Turkish Language Culture and Education Consortium (2003 -2015) and has had several stints on the CTCA Management Committee, most recently as Secretary (2019-2020), helping with the organisation of the CTCA Festival and Gala Awards night.

Mr Mehmet told T-VINE before Sunday’s election that his vision for CTCA is for the body to be: “respected by everyone in the community.”  It follows a two-year period of strained relations with the heads of other Turkish Cypriot organisations, notably the Turkish Community Football Association (TTFF) and Turkish Cypriot Community Association (TCCA)

Known in the community for his warm and unifying stance, Mr Mehmet said he would work towards “division between CTCA and [its] opponents to be minimised and turned into cooperation by supporting each other’s good works.”