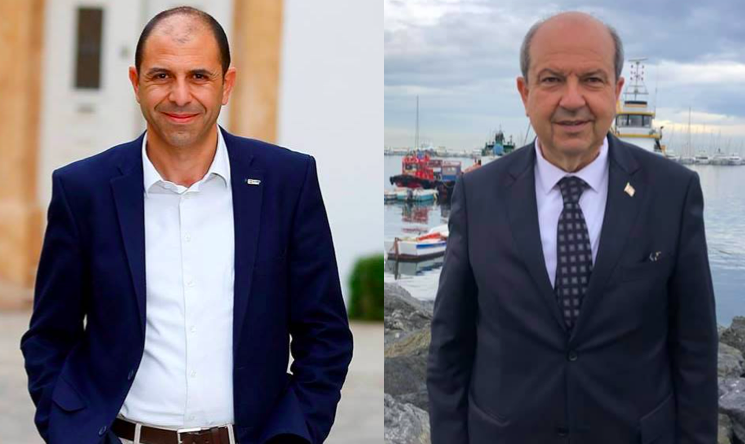 Talks to form a new government in the Turkish Republic of Northern Cyprus (TRNC) are to resume tomorrow, it has been announced.

The leaders of the National Unity Party (UBP) and the People’s Party (HP), Ersin Tatar and Kudret Özersay respectively, will gather at noon along with their delegations in an attempt to thrash out a deal, Turkish Cypriot media reports said.

On Tuesday Mr Tatar was formally given the mandate to establish a new government by TRNC President Mustafa Akıncı after the collapse of a four-party coalition last week.

The UBP became the main opposition following a general election in January 2018, despite being the biggest party in the 50-seat Parliament with 21 seats.

The party, then under a different leader, was left out of the equation after Özersay’s HP, which has nine MPs, and three other parties – the Republican Turkish Party (CTP), Democrat Party (DP) and the Communal Democracy Party (TDP) – decided to form their own coalition with 27 MPs, enough to form a majority.

Speculation rife that UBP & HP are gearing up to form a new centrist/right-wing government, with 30 of the 50 seats in Parliament

That prompted Prime Minister and CTP leader Tufan Erhürman to hand in his resignation to President Mustafa Akıncı.

Speculation had been rife that the UBP and HP were gearing up to form a new centrist/right-wing government, which would have 30 of the 50 seats in Parliament.

Some commentators have suggested that HP could agree to a UBP-led government in return for UBP support of Prof Özersay in next year’s presidential elections.

The HP leader, Deputy Prime Minister and Minister of Foreign Affairs under the four-party coalition, was keeping his cards close to his chest, however, stating that he was “ready to sit down for talks with any party that comes with an offer”.

He stressed that holding talks did not necessarily mean a new government would be formed.

“We could well remain in opposition at the end of this process,” he added.

Officially launching a round of coalition talks with the five other parties represented in Parliament on Wednesday, Mr Tatar said: “It will either be a UBP-CTP or UBP-HP coalition, or there will be early elections.”

He also suggested that an “interim government” could be formed which would seek to make amendments to election laws.

Prof Erhürman appeared to rule out a UBP-CTP government, saying that a UBP-HP partnership was the “most likely scenario”.

Following his meeting with Mr Tatar, Prof Özersay gave little away. “We did not go into details at today’s meeting,” he said. “Both sides have sensitivities which they have expressed.”

In response to a question from a reporter, he complained that a “false perception” had been created that a UBP-HP coalition was a “done deal”.

Under TRNC law, Mr Tatar has 15 days to form a new government.

If he fails, he must return his mandate to President Akıncı who could then invite the second biggest party in Parliament to form a new government.