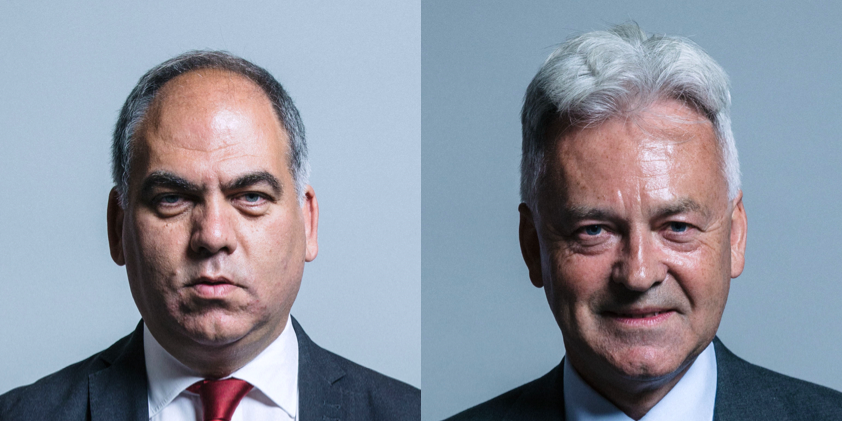 Greek Cypriot leader Nicos Anastasiades was left fuming after a British minister refused to condemn Turkey’s search for oil and gas off the coast of Cyprus – and said that exploratory drilling should not take place in an area where “sovereignty is disputed”.

Sir Alan Duncan, the UK’s Minister of State for Europe, was responding on Tuesday to a question in the House of Commons from Enfield Southgate MP Bambos Charalambous.

The Labour deputy, who is of Greek Cypriot origin, asked Sir Alan to join him in “condemning the decision of the Turkish Government to begin drilling for oil and gas in the territorial waters of Cyprus, which not only jeopardises the chances of a successful resumption of the peace talks but risks a return to open conflict”.

He also asked if the minister would “call on Turkey to immediately withdraw its drill ships from Cyprus’s exclusive economic zone” (EEZ).

Replying from the despatch box the minister – a former oil trader who in 1989 set up the independent Harcourt Consultants to advise on oil and gas matters – said: “Yesterday, I met the Turkish ambassador [Ümit Yalçın] and had very constructive discussions with him.

“The position of the UK is that, in line with the UN convention on the law of the sea, exploratory drilling should not proceed in any area where sovereignty is under dispute.”

In response to a further question from pro-Greek Cypriot Conservative MP Theresa Villiers, who said that it would be “impossible” for talks between the two sides of Cyprus to resume while the “Turkish incursion into Cyprus’s EEZ continues”, Sir Alan added:

“We would obviously like to see the de-escalation of any tensions and constructive talks to resume.

“We are doing our utmost as a guarantor power to play our role in that, and I hope that all the participants can get together and talk seriously once again about how some kind of settlement can be reached.”

Writing on Twitter, he said was “concerned” by Turkey’s announcement to “begin drilling in Cyprus Exclusive Economic Zone,” but added: “This situation MUST be de-escalated and all parties show restraint. Hydrocarbons development should benefit all Cypriots and support a settlement.”

Sir Alan’s “sovereignty under dispute” comment was immediately seized upon by Mr Anastasiades.

“Mr Duncan has been and continues to remain unacceptable,” he said on Tuesday according to Greek Cypriot media reports.

“I want to believe that the appropriate step will be taken by the Prime Minister [Theresa May], because I believe that his whole position does not reflect the correct policy that should be followed by Great Britain, regarding all the interests it has in Cyprus, and the support Britain has received in these critical times it is going through, even if it is from our small country, which has the same vote as the others.”

Britain’s High Commissioner on the island, Stephen Lillie, was summoned to the South Cyprus Foreign Ministry to explain his government’s position, the reports said.

EU chooses to side with Greek Cypriots over hydrocarbons issue

@mogherini: We call urgently on Turkey to show restrain, respect sovereign rights of CY&refrain from any such illegal action to which the EU will respond appropriately & in full solidarity with CY. This is the clear position that ministers expressed today in solidarity with CY pic.twitter.com/17qjQtoJQj

A London-based Greek Cypriot pressure group – the National Federation of Cypriots in the UK – has also written a letter of complaint to the Foreign and Commonwealth Office and sought to gain support from British MPs.

Turkey has come under pressure from the EU and US in recent days after Foreign Affairs Minister Mevlüt Çavuşoğlu announced earlier this month that Turkey would start drilling in an area of the Eastern Mediterranean around 70km west of Cyprus.

The Greek Cypriot administration says the spot lies within its unilaterally declared EEZ, a claim scoffed at by Turkey, which insists its hydrocarbon related activities in the region are based on “legitimate rights stemming from international law”.

Turkish FM Mevlüt Çavuşoğlu: “we will protect our own rights & interests within our continental shelf, as well as those of the Turkish Cypriots around Cyprus”

“As we previously stressed on many occasions, having the longest coastal line in the region, we will protect our own rights and interests within our continental shelf, as well as those of the Turkish Cypriots around the Cyprus island,” a statement from the Turkish Foreign Ministry said in response to criticism from EU foreign policy chief Federica Mogherini.

“To date Turkey has not refrained from taking the necessary steps in this context, and will not do so in the future.

“In fact, it is the Greek Cypriot administration which has not abstained from irresponsibly jeopardizing the security and stability of the Eastern Mediterranean region, by disregarding the inalienable rights of the Turkish Cypriots, who are the co-owners of the Cyprus island, on the natural resources, refusing every proposal of cooperation and insisting on its unilateral activities in the region despite all our warnings.”

Mr Çavuşoğlu also shrugged off reports that Greek Cypriot officials have issued international arrest warrants for the crew of the Turkish drillship Fatih, telling them to “give it their best shot”.

In fresh comments issued on Wednesday, Mr Çavuşoğlu said that foreign diplomats were “seeing the realities” after being briefed by officials from his ministry and that Turkey had communicated the extent of its continental shelf to the United Nations.

He said that drilling in separate areas licensed by the Turkish Republic of Northern Cyprus would also continue.

“Despite our warnings – despite the fact that we warned the EU and the international community – the Greek Cypriot administration is conducting unilateral drilling operations without guaranteeing the rights of the Turkish Cypriots,” Mr Çavuşoğlu said.

“This problem needs to be resolved. Instead of making statements against Turkey, the problem must be solved from its root. And then the hydrocarbons around Cyprus can be evaluated and channelled through Turkey into the international market.

“If instead of adopting this logical approach they take unilateral steps then we do what we have to do.”

The war of words was sparked by a written statement issued on 4 May by Ms Mogherini, in which she expressed her “grave concern” over Turkey’s planned drilling activities.

“In this context, we urgently call on Turkey to show restraint, respect the sovereign rights of Cyprus in its exclusive economic zone and refrain from any such illegal action to which the European Union will respond appropriately and in full solidarity with Cyprus.”

A statement two days later from US State Department spokesman Morgan Ortagus said the US was “deeply concerned” over Turkey’s announcement, which it described as “highly provocative”, while falling short of outright condemnation.

“We urge Turkish authorities to halt these operations and encourage all parties to act with restraint,” he added.