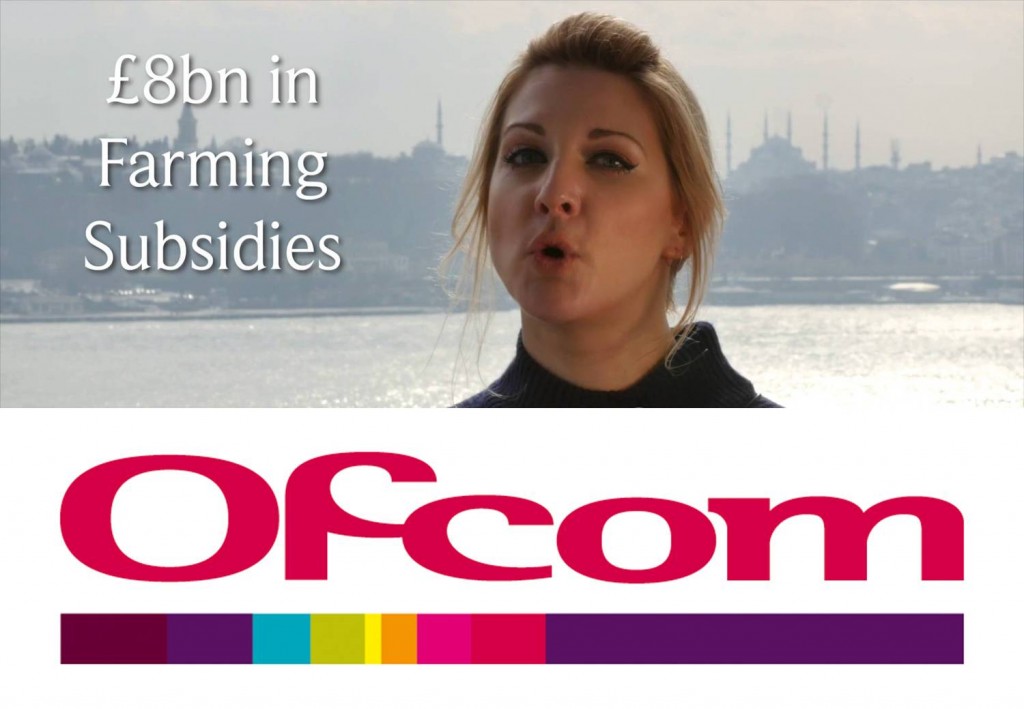 The UK communications regulator has decided not to proceed with a formal investigation into a controversial anti-Turkey party political broadcast by the UK Independence Party (UKIP). The decision was included in Ofcom’s fortnightly Broadcast and On Demand Bulletin that was released earlier today.

A total of 40 people made an official complaint to Ofcom about the broadcast, which was televised on all the main national channels during the peak evening hours of 3rd. Feb 2016. The Liberal Democrat Party, British Turks and many others had condemned the 4-minute advert as “racist”, “Islamophobic” and “offensive”. However, after considering the matter the regulatory body deemed no breach had occurred.

UKIP had centred its first-ever party political broadcast on Turkey, using the country’s large Muslim population as a reason for Britain to quit the European Union, claiming up to 15 million Muslim Turks could migrate to Europe if the country became an EU member. The broadcast, with its highly selective choice of facts, aimed to form an impression with viewers that Turkey’s culture and society was outside of European norms because of its Muslim character.

Among the many claims UKIP made were that Turkish women suffer a high level of violence and a quarter of them are made to marry before the age of 18. The clip also warned about the explosion in Islamic imam schools across the country, while highlighting the dwindling numbers of Christians. It also said Turkey’s growing population would make it the largest EU member with the most number of MEPs, while its farmers would receive the largest subsidies.

Prior to making its decision, T-VINE has asked Ofcom whether any political parties had ever been sanctioned for “offensive” broadcasts. The response was that historically none had been. The regulator believes “context is important” and that political parties due to their ideological nature are likely to offend some sections of the public. As long their broadcasts avoided inciting violence or hatred, they would remain within the code of practice established by the Communications Act 2003.

Is Ofcom guilty of hypocrisy?

In the same Broadcast and On Demand Bulletin (issue 299, 22 Feb. 2016), Ofcom gives details of an investigation into a TV channel suspected of causing serious offense to, and hatred of Britain’s Jewish community.

Two programmes broadcast by the Peace TV Urdu channel last September were found to be in breach of Ofcom’s code of practice. They featured public lectures into Jews and Judaism by the now deceased Islamic scholar Dr Israr Ahmad, who called Jews a “cursed race”, claiming this was, “why they are afflicted by great calamities, and the example is what happened to them at the hands of the Germans”.

Dr Ahmad also claimed Jewish bankers and their “exorbitant” interest rates were behind the First World War, likening their behaviour to cancer: “…cancer when it enters one part of the body it spreads to other parts as well. In this way they took the whole of Europe in their grip”.

He repeated the lie about a conspiracy document called the Protocols of the Elders of Zion, which claims Jews seek to control the world, and that they viewed non-Jews as “not human”.

The hate-ridden comments meant Peace TV Urdu was found guilty of breaching several parts of the Ofcom Code, including failing “to provide adequate protection for members of the public from the inclusion in such services of harmful and/or offensive material” (Rule 2.1). Also, for allowing “material which may cause offence… Such material may include, but is not limited to…discriminatory treatment or language (for example on the grounds of…race, religion…” (Rule 2.3).

In its assessment, Ofcom said: “We considered that in these two programmes Israr Ahmad repeatedly portrayed Jewish people as a homogenous group and in overwhelmingly negative and stereotypical terms.”

They added that his views “had the potential to be interpreted as spreading anti-Semitism i.e. his comments could be a form of ‘hate speech’.”

Ofcom concluded the nature of the two programmes were “potentially very harmful and highly offensive content”. Due to the seriousness of the breaches, the owners Club TV were being put on notice “for the imposition of a statutory sanction”, which means the matter will go before an Ofcom committee to make the final assessment. If they agree this was a serious breach, they could fine the channel, shorten or revoke their TV licence.

While UKIP’s advert was not as severe as Dr Ahmad’s hate-laden lectures, it is difficult to understand how the regulator failed to find any breach given that UKIP also portrayed the entire Turkish nation “as a homogenous group and in overwhelmingly negative and stereotypical terms” and that its advert used “discriminatory treatment or language (for example on the grounds of…race, religion” against Turks and Muslims.