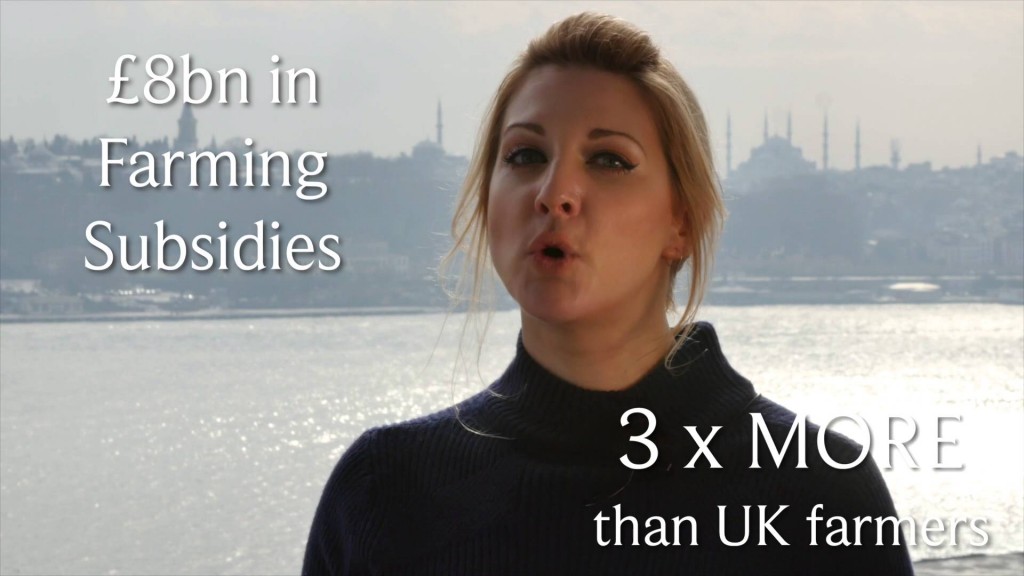 A decision is expected next week from Ofcom, the UK’s communications regulatory body, on whether to investigate the UK Independence Party (UKIP) for its Party Political Broadcast on 3rd Feb. 2016. The party honed in on Turkey’s large Muslim population as a reason for Britain to quit the European Union, claiming up to 15 million Muslim Turks could migrate to Europe if the country became an EU member.

The controversial 4-minute Party Political Broadcast was televised on all the main national channels, including the BBC, ITV and Channel 4. UKIP’s highly selective choice of facts aimed to create an impression with viewers that Turkey’s culture and society was outside of European norms because of its Muslim character, yet its entry into the EU was being championed by Britain’s main political parties.

UKIP claimed Turkish women suffer a high level of violence and a quarter of them are made to marry before the age of 18. The clip also warned about the explosion in Islamic imam schools across the country, while highlighting the dwindling numbers of Christians. It also said Turkey’s growing population would make it the largest EU member with the most number of MEPs and its farmers would receive the largest subsidies.

To date, Ofcom has received 35 complaints about the clip alleging it breached the broadcasting code due to its racially offensive, inflammatory, and Islamophobic content.

Baroness Meral Hussein-Ece described it as, “stomach-turning, dog-whistle politics demonising an entire country and all its people…The large Turkish community in the UK has made an enormous economic and social contribution over many decades. They play a vital and vibrant role in our society and shouldn’t be subject to Nigel Farage’s nasty politics.”

Her party, the Liberal Democrats (Lib Dems) were among those who lodged a formal complaint. In their letter to Ofcom and the BBC Trust, the Lib Dems said:

“The presentation and tone of the piece is focused on provoking on negative, hostile reaction towards Turkey and the people living there, as well as Turkish people in the UK and elsewhere.

They also accused UKIP of “using an array of questionable and in some cases entirely misleading assertions to advance this ‘case’ [for the UK to exit the EU].”

Number of complaints does not determine whether Ofcom takes action

An Ofcom spokesperson told T-VINE: “We will assess these complaints before deciding whether to investigate or not.”

They added: “All UK broadcasters must adhere to the Broadcasting Code which sets standards for the content of TV and radio programmes. We asses all complaints and programmes against the Code.”

The body allows 15 working days to make an initial assessment of the issue before forming a decision on whether to formally investigate the complaints. The criteria for taking action is not based on how many people complain, but on whether the regulator perceives a breach of the code has actually taken place and its likely impact.

So even if 10,000 people complain over an incident in an episode of Big Brother, for example, if there was no breach of Ofcom rules, no action would be taken. However even a single complaint would trigger an investigation if a broadcast was deemed to be in contravention of the code.

If a broadcaster is found guilty Ofcom has a variety of sanctions it can impose based on the severity of the offence. A minor infringement would result in the breach being recorded and the broadcaster offered guidance.

More serious violations could result in significant fines. In 2014, for example, the Discovery Channel was hit with a £100,000 fine after it televised a violent documentary about female serial killers, which featured dramatic reconstructions of torture, knife attacks and dismemberment before the 9pm watershed.

When T-VINE asked if any political parties had ever received such sanctions, the Ofcom spokesperson said “no”. They explained that “context is important” and that political parties by their nature were likely to offend some members of the public. However, if any broadcasts were found to be guilty of inciting violence or hatred, action would be taken.

The UK Independence Party (UKIP) is a right-wing populist political party which has campaigned for Britain to leave the EU since its inception in 1993. Led by Nigel Farage, the party has one Member of Parliament in the House of Commons, three representatives in the House of Lords, and twenty-two Members of the European Parliament, making it the largest UK party in the European Parliament. It also has 497 councillors in UK local government and one member of the Northern Ireland Assembly.

Its right-wing nature means it is rarely out of the media spotlight, often due to the extreme positions its members adopt. As a result, it is often described as a “racist party” and increasingly Islamophobic, with UKIP members offering no shortage of evidence with their bigoted comments.

Party member Ken Chapman, hoping to be elected to Amber Valley Borough Council in Derbyshire, wrote the following post: “islam is a cancer that needs eradicating multiculturism does not work in this country clear them all off to the desert with their camals that’s their way of life. [sic]”