Next Saturday, London’s Turkish community will honour the life and work of Dr. Tözün İsa, who sadly passed away in November aged 59 following his battle with cancer.

Organised by the Turkish Language Education Consortium, community members are invited to attend the memorial night, which is being held at Dr Fazıl Küçük Turkish School. The evening will comprise of short speeches, film and slide show, as well as music.

Dr Tözün İsa was a highly regarded educationist and a director of the Centre for Multilingualism in Education. Having documented the abilities of dual-language speaking British Turkish children, he went on to be a major champion of multilingualism in schools. He also chronicled the lives of Britain’s Turkish Alevi community.

He was born in Nicosia, Cyprus. When he was fifteen, his family chose to escape the Cyprus Conflict that was raging at the time, moving to a new life in North London. The interruption to his education and his lack of English meant he initially struggled at his new London secondary school. However, through an access course at Brixton College he was able to go to university where he received a degree in Education followed by a Masters.

From here, Dr. İsa went on to teach in a host of London primary schools. He was widely recognised “as an innovative practitioner who extended the curriculum, promoted the confidence and abilities of children, and built lasting relationships with parents and the wider community” (Alistair Ross, Guardian, 17 Dec. 2015). 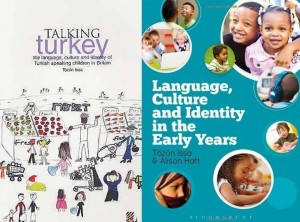 For his doctorate studies, Dr İsa chose to assess the bilingual abilities of Turkish children in Britain and its impact on their cognitive powers. His thesis was captured in a book, Talking Turkey (1985), which continues to be an important reference point for practitioners today.

Throughout his professional career, Dr İsa championed educational inclusivity and worked tirelessly to support disadvantaged people from minority groups. He authored several books and at the time of his death, was near completing another that explored the Alevi diaspora in Europe; Voices of Migration, Culture and Identity: Alevis in Turkey and Europe is set to be published later this year.

His incredible legacy and contribution to the UK and specifically the British Turkish community, including his love of music (he was also a talented musician), will be celebrated in full at this memorial event. Everyone is most welcome to attend.