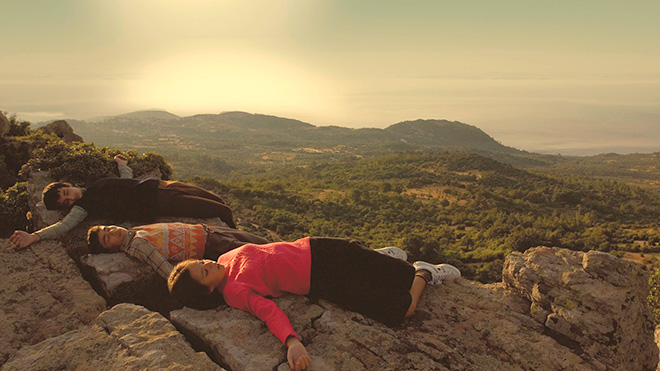 Described as a “cinematic poem” by The Guardian’s Pete Bradshaw and included in The Times’ Top 100 Films of the Noughties, Reha Erdem’s film about three children growing up in a rural Anatolian village brings to the fore the struggles of life played out against social traditions and changing seasons.

In a small village in the mountains overlooking the sea in northeast Turkey, the people struggle to survive on a daily basis. Their lives, like those of their ancestors, follow the rhythms of the earth, air and water, of day and night and the seasons, with the call to prayer dividing their day into five parts. Childhood is difficult and social conventions usually find fathers expressing a preference for one son over another.

12-year-old Ömer’s father is the local imam who takes delight in humiliating his son and makes no secret of the fact he loves his younger brother more. It breeds hatred in Ömer, who wishes his father dead. When his wish is not granted, Ömer begins to look for ways to kill him, concocting ideas with his friend Yakup.

Yakup is a sensitive boy who has developed a schoolboy crush on his teacher. When he discovers his father is also attracted to the teacher, he also starts to loathe his father.

Schoolgirl Yildiz is very bright, but she is forced to juggle her studies with her mother’s constant demands to do household chores. She is acutely aware that as she grows older, her life will comprise of childbirth and domestic duties.

Dreamy-yet-disturbing, Erdem’s fourth feature is a cerebral masterpiece. It won the Best Film of the Year Award at the 2006 Istanbul International Film Festival, and struck a chord with many other juries and audiences as it toured major film festivals around the world, including Toronto, Tribeca and Rome. It’s being screened for free in London this Friday at the Yunus Emre Cultural Institute, just off Tottenham Court Road.

Written and directed by: Reha Erdem