Two Turkish movies in the Together Alone Film Season, showing this weekend at the Rio Cinema

Focussing on the “powerful feeling of a life alone” as experienced on the screen, Together Alone is two-day mini film festival curated by Octavian Dancila, an MA student at the National Film and Television School.

Selected with gender balance in mind, to represent both female and male perspectives, all four films showcase unspoken emotions examining different patterns of disconnection. Dancila’s film choices, which include Distant (Uzak), pictured above, and Nausea (Bulantı), emphasise loneliness and solitude looking at this balance of emotions.

When do we need that intimacy and when do we become loners in our own mind? “Not an easy topic to explore”, says Dancila as there is a tendency to avoid discussion or to even think of loneliness, yet he feels “It’s important to talk about, nonetheless”.

Screening at the Rio in Dalston, East London, the four films are the products of visionary independent directors such as Nuri Bilge Ceylan and Urszula Antoniak, and also features the fictionalised biography of Zeki Demirkubuz, whose life might have come straight from Albert Camus’s The Stranger. They are brought together in this programme to explore the human isolation in new, original and uplifting ways.

Uzak (Distant, 2002) is a deeply humane film made by Nuri Bilge Ceylan. Uzakwon multiple awards, including the Grand Prix and Best Actor awards at 2003 Cannes Film Festival, and is regarded as one of the ten finest Turkish films of all time. It studies the distance between past and present in one’s life, where a photographer who is haunted by the feeling of the growing gap between his life and his ideals, finds himself obliged to put up a young relative in his apartment who has left behind village life in search of a job on a ship in Istanbul so he can travel abroad.

Bulantı (Nausea, 2015) is directed by Zeki Demirkubuz. Ahmet, a prominent intellectual, loses his wife and daughter in a car accident while he was spending the night with his lover. His natural state is to care about no one and nothing, so initially he seems unaffected by this tragic event. However, things start to change in himself and his life without any apparent reason, from small mishaps to misfortunate events one after the other, bringing on a strong sense of loneliness. 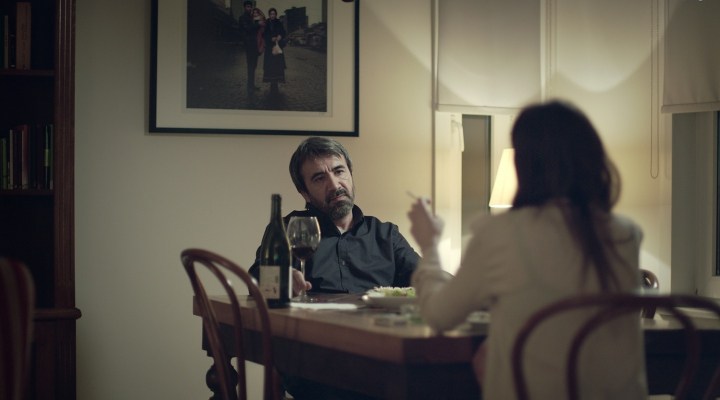 In her directorial debut Nothing Personal (2009), Urszula Antoniak brings a powerful female character to the fore. A drama focussing on human relationships, she asks how much do we need to know about a person to trust and empathise with them?

The season closes with the bold directorial debut of Jan Ole Gerster in 2012: ‘A Coffee In Berlin’ (Oh Boy, 2013). This black and white German tragicomedy is an ironic portrait of a young man who drops out of university and ends up wandering the streets of Berlin, where he lives. The film, which won Best European Film 2013, deals with the desire to participate in life and the difficulty to find one’s place.

The films are presented as a double bill. Screening details below.

Tickets: buy online from the cinema