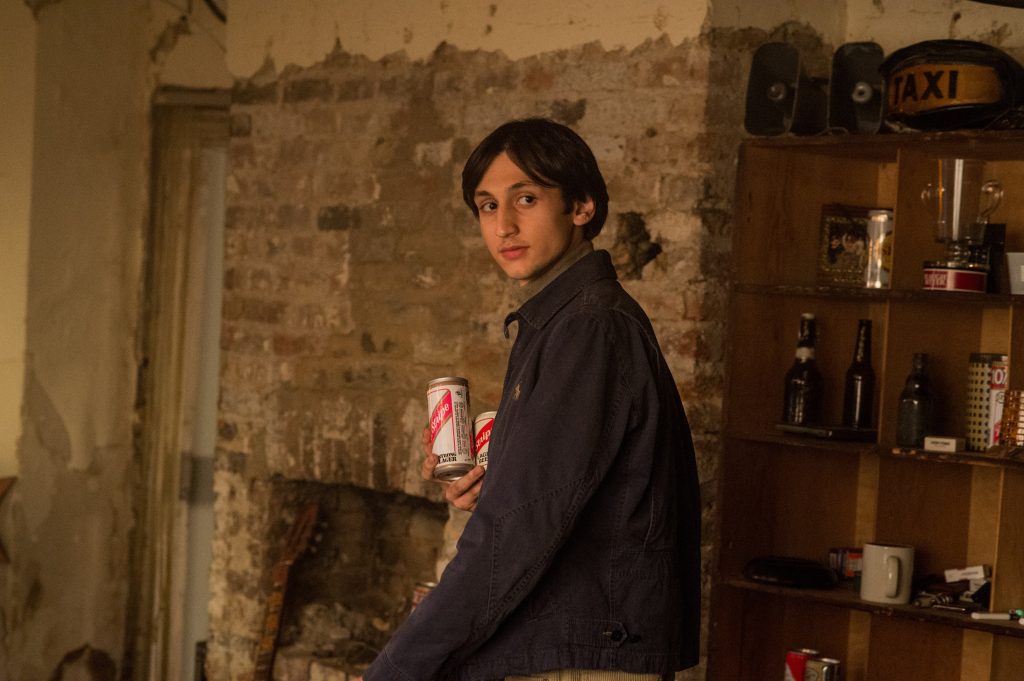 There has been a big buzz around Yardie, the directorial debut of screen legend Idris Elba, which hits UK cinemas this weekend. Giving a close-up view of Jamaican culture, the film also features two Turkish Cypriot actors: Akin Gazi and Adnan Mustafa, who play onscreen brothers Arif and Engin.

Based on Victor Headley’s bestselling book of the same name, Yardie is set in ’70s Kingston and ’80s Hackney. It centres on the life of a young Jamaican man named D (Aml Ameen), who is still dealing with the trauma of losing his older brother Jerry Dread (Everaldo Creary), who was murdered when D was just 10.

Taken under the wing of Kingston don and music producer King Fox (Sheldon Shepherd), D is dispatched to London, where he reconnects with his childhood sweetheart, Yvonne (Shantol Jackson), and his daughter who he’s not seen since she was a baby. D also hooks up with a soundclash crew called High Noon.

It’s in London where D is forced to make serious decisions about his life – should he follow “the righteous path or the damned”? – choices made more difficult when he encounters the man who shot his brother 10 years earlier.

T-VINE caught up with 22-year-old South Londoner Adnan Mustafa to ask him how he ended up playing Engin and his experiences working with Idris Elba.

When did you start acting?

I only decided I wanted to act about two years ago. I woke up one morning and said to myself “I’m going to become and actor” and never looked back. Weird, but true!

How did you end up in Yardie?

Yardie was my first feature film, which I’m very proud of. I auditioned for the part through my agent. The audition process was challenging, but really fun at the same time. Idris [Elba] was really open and knew what he wanted.

Tell us a bit about the film and also your character

Yardie is about revenge, love and culture. I play ‘Engin’ who is a part of a trio who all do music and get mixed up in the world of drugs and gang rivalry. My older brother in the movie ‘Arif’, played by Akin Gazi, runs the drug circle in Green Lanes. He gives an incredible performance.

How authentic are the Turkish elements in the film?

There were definitely authentic portrayals of Turkish culture, from accents used and also [filming] locations such as Green Lanes, which is prominently Turkish. Idris also chose actors of Turkish heritage, which was cool.

Idris grew up in an area where a lot of Turkish people lived at the time and he had Turkish friends too, so I think this helped massively with his awareness of Turkish culture which was authentic and real.

What experiences stood out for you on set for Yardie?

I’d say doing the big Shebeen (club) scenes, [they] were really fun to shoot. There were loads of extras involved too who made it all come to life.

Why should people see this film?

As well as there being action, drugs and gang rivalry in Yardie, the themes of love and Jamaican culture really shine through more than anything. I think it’s time for the world to see different cultures and aspects of life on screen that haven’t really been shown before. PLUS THE MUSIC IS SICK!

What’s next for Adnan Mustafa?

I’ve just finished writing my own TV Drama set in London with a young Turkish protagonist, which is really close to my heart. I’m also auditioning [for new roles]!

See Adnan in action in Yardie (rated 15), which opens in cinemas across Britain on Friday 31 August.