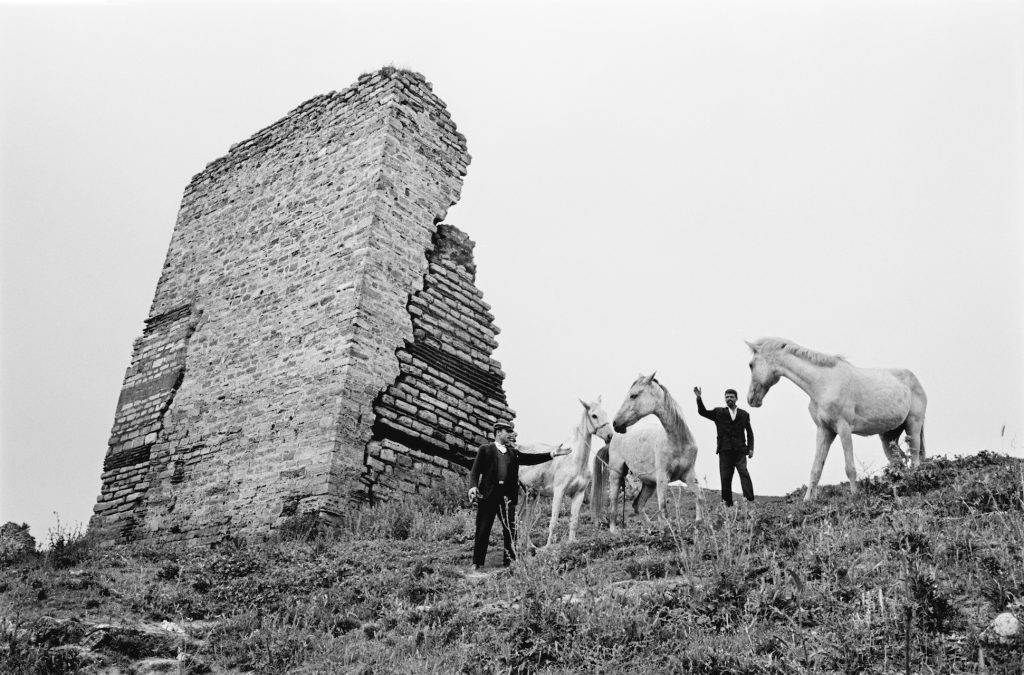 Ara Güler is one of the greatest photojournalists of all time. For decades his lens captured the lives of Turkey’s working class, its cultural sights and natural beauty, along with famous actors, artists and politicians such as Pablo Picasso, Salvador Dali, Alfred Hitchcock, Maria Callas, Bertrand Russell, Sophia Loren and Winston Churchill.

Nicknamed ‘the eye of Istanbul’, his passing last year at the age of 90 was mourned worldwide.

Last week, a retrospective opened at the Saatchi Gallery in London, the start of a one-year global tour that will also take in Paris, Kyoto, New York, Rome and Mogashishu.

Of Armenian heritage, Ara Güler was born in Istanbul 1928. He had hoped to be an actor, but discovered his calling in photography when studying economics at the University of Istanbul. He started working with Yeni Istanbul newspaper while still a student, and later headed the photography department at Hayat magazine.

His big break came in December 1958, when the American magazine group Time Life opened an office in Istanbul and hired Güler to cover the Near East. As his profile as a photographer grew, so did the international commissions, with Stern, Paris Match and the Sunday Times among Güler’s regular clients.

News agency Magnum Photos invited Ara Güler to become one its elite members, going on to publish his photos worldwide. In 1961, he became the first Turkish member of the American Society of Magazine Photographers (ASMP). The following year, he was crowned ‘Master of Leica’ in Germany and featured in a special issue of Swiss Camera Magazine, one of the world’s leading photography publications.

His photos of famous Turkish landmarks, such as the Hagia Sophia and architect Sinan’s various buildings, have been used in multiple books published abroad. However, it his earlier work snapping Istanbul for which he is most adored by his fellow Turks, as it not only captures the essence of the city but of a bygone era.

“Ara Güler’s Istanbul is my Istanbul…The Istanbul of the 1950s and 1960s – its streets, pavements, shops and dirty, neglected factories; its ships, horse carts, buses, clouds, private taxis, shared taxis, buildings, bridges, chimneys, mists and people; and the soul in all these things, so difficult to recognise at first sight – is nowhere as well documented, preserved and protected as it is in the photographs of Ara Güler.”

You can see a selection of these exceptional photos at the Saatchi Gallery, but make a date soon as the London leg of the exhibition only runs until the end of this week.

The Ara Güler Photography Exhibition has been curated by the Presidency of the Republic of Turkey in collaboration with Ara Güler Museum in Istanbul.

Admission is free to all Saatchi Gallery collection exhibitions