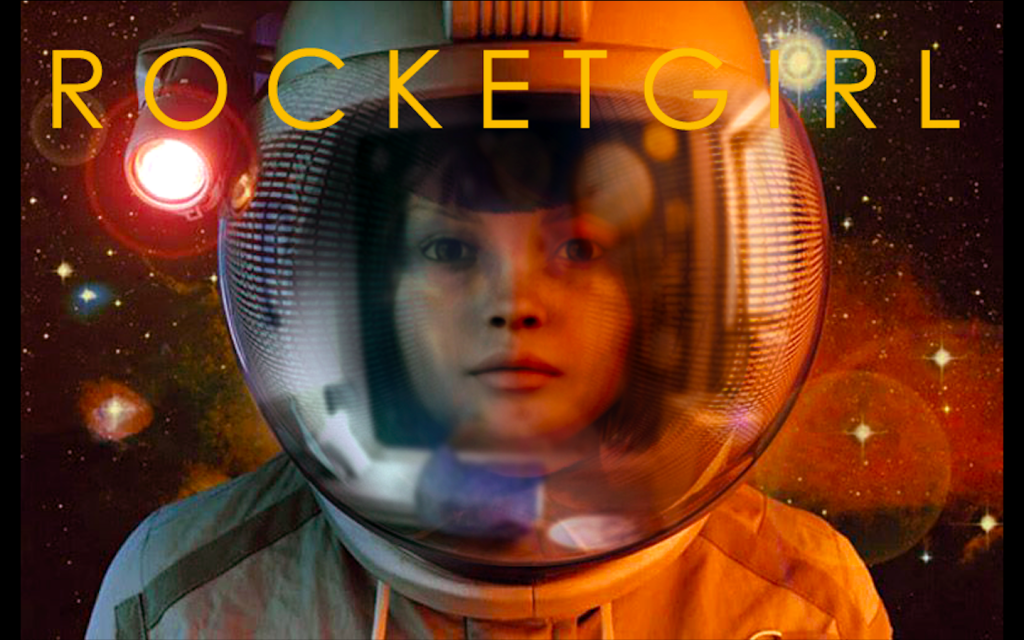 Serkan Nihat has worked on some of the UK’s most successful TV dramas such as Broadchurch and Taboo. Since switching from editing to directing, he has also filmed commercials and short films for major beauty, fashion and corporate brands. In 2018 he won a Cannes Silver Dolphin award for a Barclays Bank campaign.

The North London based filmmaker is keen to bring some of his own film ideas to life. His last short film ‘Footprints on the Moon’ about Turkish Cypriot bayramtraditions debuted at the East End Film Festival and has since gone on to play around the world.

His new project Rocket Girl is a science fiction (sci-fi) movie that should appeal to our inner child. The story is centred around 7-year-old Tilly who is obsessed with space and astronomy. She is desperate to attend a once-in-a-lifetime event, but her dad has his own business plans that day. Undeterred, the innocent Tilly decides to take matters into her own hands, yet ends up putting herself in great danger, forcing her dad to forgo closing his mega business deal in order to rescue her.

A huge sci-fi fan, Serkan says for him science fiction is “the ultimate cinematic form of escapism” because even as a childhood it filled him with “optimism” and made him feel he could “conquer the world”.

Speaking about his project in the crowdfunding trailer, Serkan says:

“As adults, I think sometimes we need to be reminded to look at the world around us through our childhood eyes. And by doing that to hopefully re-evaluate what it is that we are striving for, and what is actually important.”

He adds, “Sometimes it takes the wisdom of a 7-year-old girl to remind us of what’s really important.”

The estimated budget to make Rocket Girl is £43,000, which covers the cost of filming and post-production, including special effects and a unique musical score. Some of the budget would be used on promotion, by entering the movie into film festivals around the world to ensure it has a wide reach.

Serkan has launched an online crowdfunding appeal to help him reach his target. He is offering lots of perks for donations, which can come in as low as £25. Each one is named after a famous sci-fi character.

For those wishing to make a larger contribution, the film has Seed Enterprise Investment Scheme (SEIS) status, which for UK taxpayers means they receive up to 50% tax relief on their investment.

Investing in the movie is also a great way for film buffs who are interested in increasing their Executive Producer/Associate Producer credits. A £1,000 donation would secure an Associate Producer IMDB credit, for example.

Click here to support Rocket Girl. The crowdfunding appeal ends in just under a fortnight.