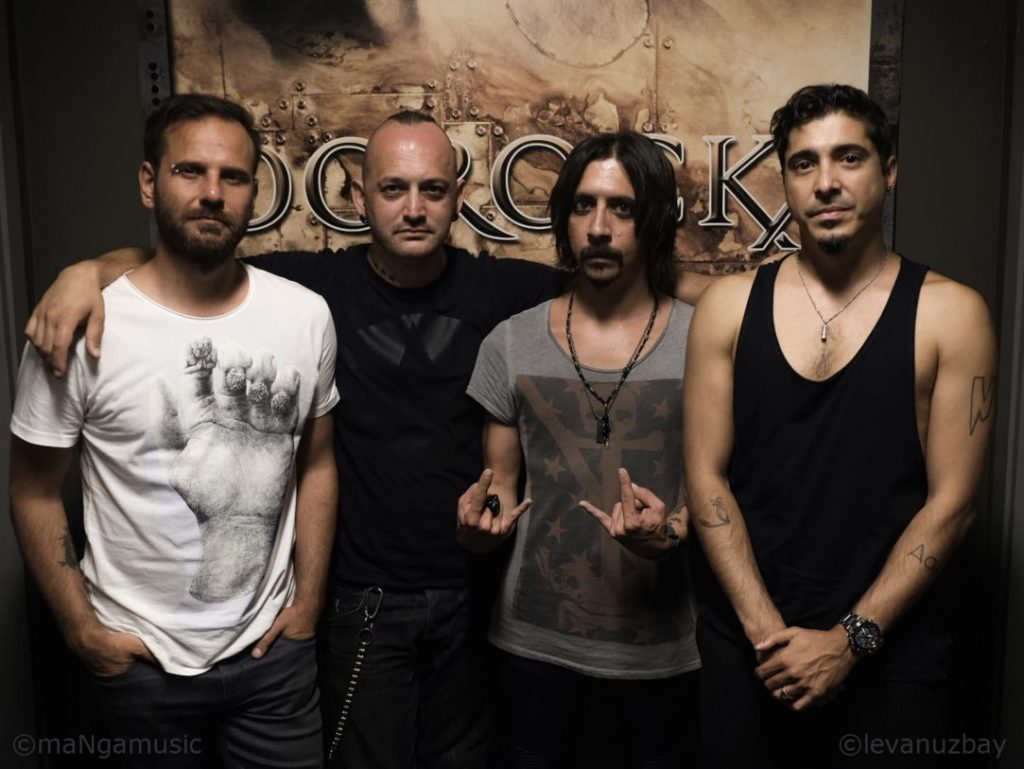 After an absence of nine years from the UK, maNga’s British fans can finally see them live when the nu metal band play a single date in London later this month.

One of Turkey’s biggest bands, maNga have played a pivotal role in redefining Turkish rock music with their progressive fusion of electronic beats, traditional Anatolian melodies, and hip hop.

Formed in 2001 as an underground grunge band in Ankara, maNga caught the attention of A&R Hadi Elazzi after coming second in a music contest. They were signed to Sony Music and moved to Istanbul to record their first release.

Their seminal, self-titled 2004 debut album, which includes the anthemic Bir Kadın Çizeceksin (You’ll Draw a Woman), literally changed the musical landscape in Turkey. The band’s name and use of animations on their album cover was a clear nod to their love of Japanese comics, whilst also having a whiff of Gorillaz about them, adding to their international allure.

Such was maNga’s success that EA Sports licensed Bir Kadın Çizeceksin for the soundtrack to FIFA’s Soccer 06 computer game, helping to transport their music to an even bigger global audience.

Five years later maNga’s follow-up album Şehr-i Hüzün, while not as ground breaking, cemented the band’s cultural significance in Turkish rock music. Şehr-i Hüzün was Turkey’s biggest selling album of 2009, with the band also extending its fanbase abroad by cleverly leveraging the power of the internet and touring widely.

Their confirmation as a popular international act came when the band picked up the Best European Act award at the MTV Europe Music Awards in 2009, along with the Best Turkish Act award from MTV Turkey.

In 2010, maNga represented Turkey at the Eurovision Song Contest performing in English with We Could Be The Same. Their Linkin Park-esque style, catchy chorus and the coolest stage performance of the night helped to propel the band to second place on 170 points, losing out to Germany’s Lena.

Never standing still musically, maNga parked the bass bins for their third release ‘e-akustik’ in 2012. This softer style appealed to a broader audience, while the band’s political consciousness came through in Ben Bir Palyaçoyum (I Am a Clown) a tribute to enlightened Turkish Armenian journalist Hrant Dink, who was assassinated in Istanbul 2007.

Earlier this year, they released their fifth studio album X to great acclaim, with Yad Eller – the first single off the album – racing up the charts.

They’ve been playing to huge audiences across Turkey all summer, and on 23 September it’s the turn of London’s O2 Islington Academy to host these big boys of nu metal. Opening for maNga are vibrant local rock band Sudden Exit.

Tickets: available online from the venue