Director Cey Sesiguzel on why his Cyprus documentary offers a “fresh perspective”, as he appeals for funds to complete the film 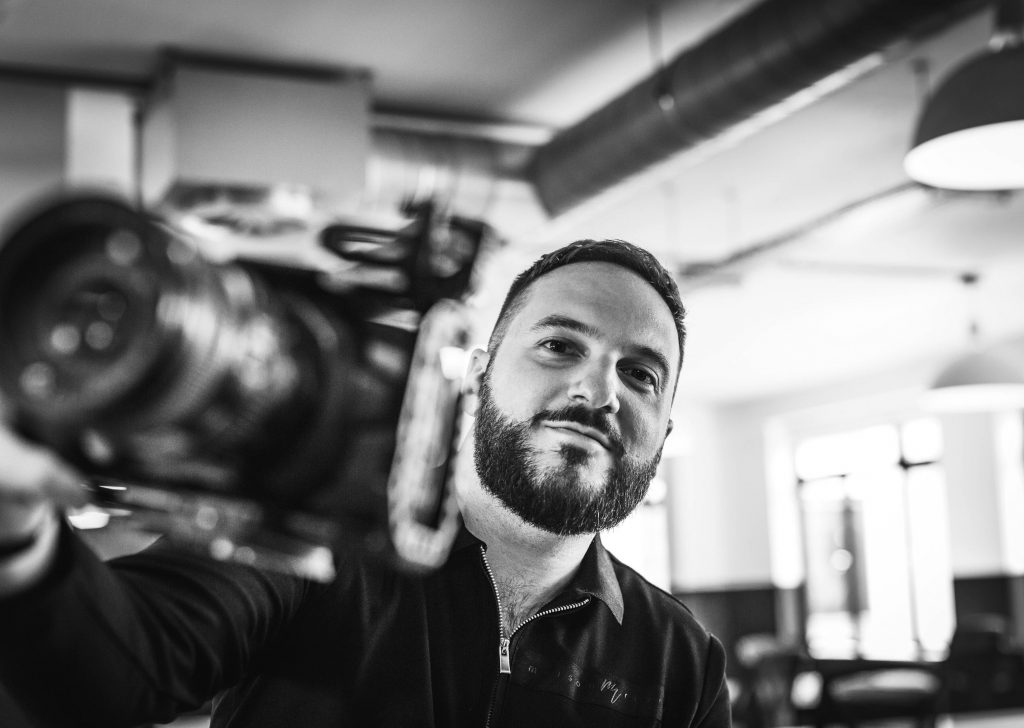 An award-winning British Turkish Cypriot filmmaker has set out to do what most documentaries on the Cyprus Problem fail to achieve, to create a balanced and historically accurate film about this long-running, complex political dispute.

Londoner Cey Sesiguzel started his film, The Divided Island, back in 2020 and is now in the final phase of his project, looking to raise €18,000 through crowdfunding to help pay for the documentary’s final production and promotional costs. He has raised over 40% of his target, €7,399, through donations from 80 backers. He has 19 days left to raise the rest.

T-VINE asked Cey about how his feature-length documentary on the Cyprus Problem came about and how it’s different from many others that have been produced on the fascinating topic. We start by asking Cey how he became a filmmaker.

Tell us about you and your background in filmmaking

Well, where do I start? I’m a 35-year-old Turkish Cypriot born in North London, and I have been obsessed with movies for as long as I can remember.

As a teenager, I made short horror films with my friends. It didn’t take long to realise this was the only thing I wanted to do as a career. Something about the art of storytelling and using visuals to take an audience on an emotional journey captivates me.

I then went on to study film at Westminster University and specialise in directing. I produced a short documentary in my final year and won a Royal Television Society Award.

In 2009, I started my video production company, Two Fresh. Since then, I have produced and directed over 1,000 videos for brands, corporates, and public sector clients.

The Cyprus Problem hits close to home for me as a Cypriot so, in 2020, I decided to produce ‘, a documentary (The Divided Island) exploring the issue in depth.

How did ‘The Divided Island’ come about?

I have always been fascinated by the Cyprus Problem. When I researched the history of my ancestral home, I noticed many misrepresentations of the island’s history and conflict.

As an experienced storyteller, I felt a sense of responsibility to use my skill set and produce a film that would more accurately portray the complexities of the Cyprus Problem than what is typically seen.

I have been very fortunate to have access to politicians, activists, and experts on both sides of the island who have given unique and honest accounts of their experiences. Their stories are being woven together to give viewers a more holistic and informed view of the situation.

What are you hoping to achieve? How will ‘The Divided Island’ differ from other documentaries on the Cyprus conflict?

In several ways, my voice will differ from what has been heard.

Firstly, I was raised in a society where the two communities are integrated, so this will be a fresh perspective.

Secondly, my documentary will feature the most diverse mix of viewpoints explored on the subject.

And lastly, it’s also important to me that the documentary appeals to future generations, so it will be produced in a way that covers themes that a global audience can relate to.

With this, I hope to capture the story from both communities whilst those who lived through the conflict can still share their experiences. We are responsible for bringing awareness to these stories to work towards rebuilding ourselves as a community.

Ultimately, I aim to create a documentary highlighting the humanity and complexity of this issue in a way that sparks conversations for generations to come.

How has your film been funded to date, and what will the additional funds be used for?

So far, the project has been self-funded by me with the support of two sponsors who feel a personal connection to the vision of the documentary.

When and where will the film be available to be seen?

I plan to complete the film in Spring 2023.  After submitting it to various film festivals, I aim to get a distribution deal with Netflix and Amazon Prime.

I am also looking to partner with NGOs and set up screenings in local Cypriot communities.

In addition, I plan to create an interactive website to allow people to share their stories and continue the conversations started by the film. It can also provide vital resources and support for those affected by this conflict.

Why should people donate?

By contributing to this documentary, you can help spread understanding about the Cyprus issue and, hopefully, engage the public in meaningful conversations about peace, reconciliation and cohabitation.

As a thank you to those who contribute to our fundraising efforts, we are offering exclusive rewards.

If you’d like to help us tell this story, please visit our fundraising page on Indiegogo.com  for more information on how you can get involved.