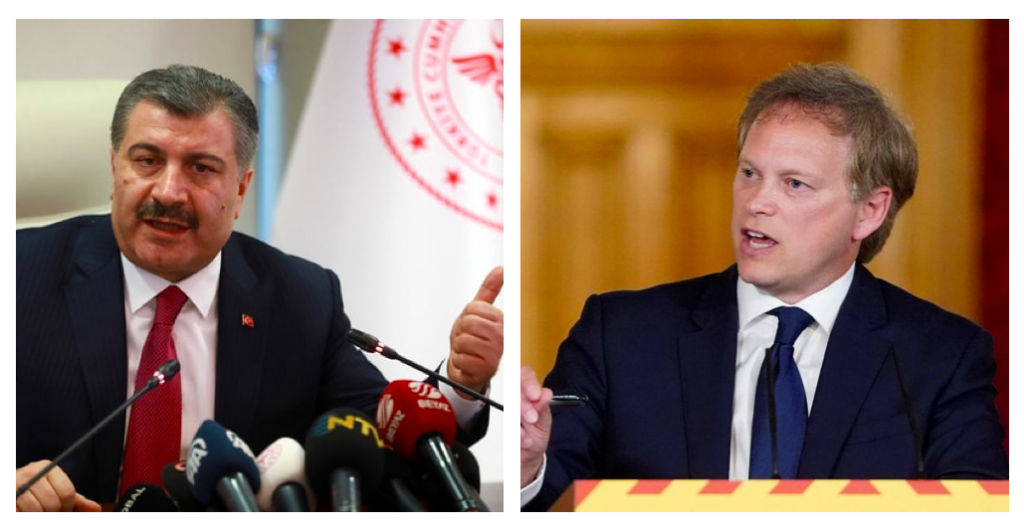 Turkey has been added to the UK’s quarantine list. The change, announced by the Secretary of State for Transport Grant Shapps earlier today, means Brits who are returning from Turkey after 4am on Saturday 3rd October will be required to self-isolate for 14 days.

Three other countries also lose their travel corridor status with the UK. Mr Shapps used Twitter to make the announcement:

“TRAVEL CORRIDOR UPDATE: The latest data indicates we need to remove Turkey, Poland, and Bonaire, St Eustatius and Saba from the #TravelCorridor list this week.

“This means if you arrive from these destinations from 4am Saturday 3 October, you will need to self-isolate.”

The development came after Turkey’s Health Minister Fahrettin Koca confessed on Wednesday that official numbers on the country’s confirmed coronavirus cases did not reflect the true picture. Since July 29, the government has only been giving figures for patients exhibiting Covid-19 symptoms.

The admission that the government was not publishing the total number of infections confirms what many have suspected for months, that the scale of the pandemic in Turkey is far larger than official data suggests.

TRAVEL CORRIDOR UPDATE: The latest data indicates we need to remove Turkey, Poland, and Bonaire, St Eustatius and Saba from the #TravelCorridor list this week.

This means if you arrive from these destinations from 4am Saturday 3 October, you will need to self-isolate.

Word play over the summer changed the focus from the actual number of “cases” to the number of “patients”. In essence, the Turkish Health Ministry was only reporting on those who had tested positive for the disease and were also showing symptoms.

At a news conference on Wednesday evening, Mr Koca shocked media and viewers by stating that people who had a positive test but were asymptomatic were excluded for published data on new infections in Turkey.

“Not every case is a patient,” Mr Koca said. “Because there are people who receive a positive test result but show no symptoms. These [cases] make up the vast majority.”

Murat Emir, an MP for the main opposition Republican People’s Party (CHP), had claimed the actual number of cases was almost 20 times higher than official figures.

Prior to the Health Minister’s press conference, Mr Emir had presented a document claiming that that the total number of new infections on Sept. 10 was 29,377. Yet official data from the Health Ministry for that date had declared just 1,512 new cases. On Wednesday, the government’s daily update showed 1,391 “new patients.”

Mr Koca rejected Mr Emir’s claims, and while he admitted official figures did not include asymptomatic cases, he declined to provide a figure for the total number of infections.

There was a furious backlash to the news, with doctors joining opposition politicians and the public in slamming the government for deliberately concealing the extent of the problem, driven by its desire to protect the tourism industry and domestic economy.

Among those to condemn the Health Ministry was the Turkish Medical Association:

“You didn’t carry out the process transparently. We’ve been saying this for six months. You hid the truth. You didn’t prevent the outbreak from spreading,” it tweeted on Wednesday in response to the Minister’s admission.

Turks also took to Twitter to air their anger at the government, resulting in the hashtag #vakasayisikac [what is the number of cases] trending.

Guidance from the World Health Organisation on virus data says new cases should be defined as “a person with laboratory confirmation of Covid-19 infection, irrespective of clinical signs and symptoms.”

Turkey lost its travel corridor status with the UK a day after Mr Koca’s admission. It comes after news that Turkey – previously one of only a dozen destinations without Covid-restrictions in either direction – was increasingly being sought out by British holidaymakers after autumn sun.