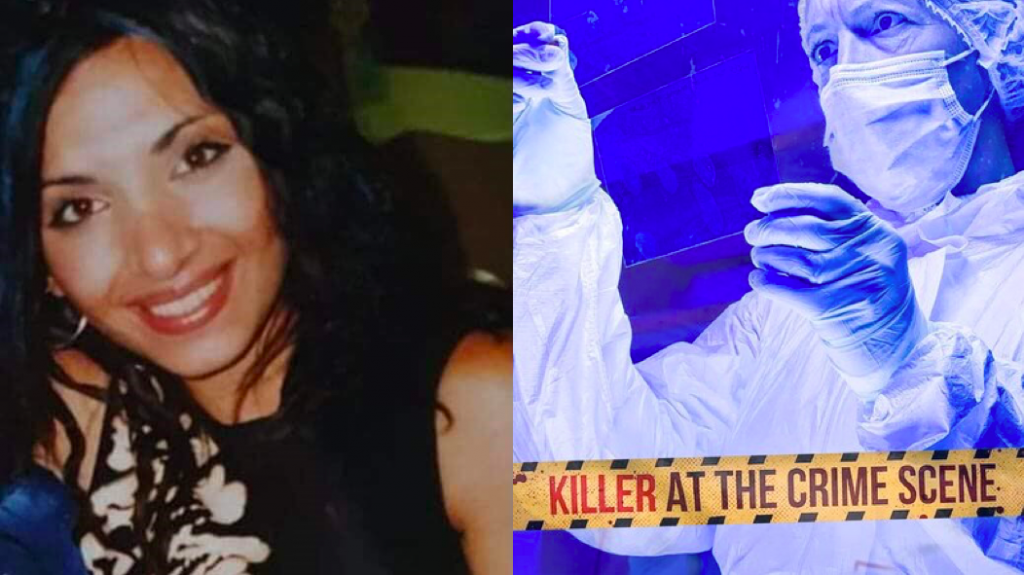 The horrific murder of East Londoner Mihrican ‘Canan’ Mustafa shocked Britain. The body of the mother of three was found in a freezer, along with that of Hungarian national Henriett Szucs, in a flat in Canning Town in April 2019.

Zahid Younis was found guilty of their murders at a trial the following year. He was given a life sentence with a minimum term of 38 years. He was 36 years old at the time of his sentencing in September 2020.

How the police came to find the bodies in Younis’ flat and then to determine he was murderer is captured in the first episode of Season 2 of Channel 5’s ‘Killer at the Crime Scene’.

Broadcast on Channel 5’s 5Star channel on Thursday night, the 60 minute documentary looks at the case from a forensic lens, unpicking the crime scene as police, aided by a range of experts, investigate.

Adding a human touch to the programme is Ayşe Hussein, who speaks fondly of her cousin of Canan. Her comments help viewers to see beyond the murder and learn about a beautiful, fun-loving person who lived for her children.

Ayşe continues to try to find ways to keep Canan’s memory alive. Like many Turkish Cypriot families, the cousins were close, growing up together. The programme shows clips and photos of the pair having fun.

When Canan went missing, her elder sister Mel and Ayşe spent a year looking for her. Police made the gruesome discovery of the two young women in Younis’ flat, a stone’s throw from Canan’s home, just a few days before the first anniversary of Canan’s disappearance.

Speaking to T-VINE ahead of the programme’s broadcast, Ayşe said: “It’s important to be involved, so the case has familiar voices and faces, and not just people who have worked with us or even strangers talking about the events.

“I like the documentaries to have a personal touch, which is why I share Jan’s photos and home movies. You get a chance to see the real beautiful lively Jan in person, doing what she did best and that was dancing.

“Filming and talking is hard, but knowing that this could save a life, raise awareness, and keep Jan’s memories alive. It’s also getting the girls the justice they deserve.”

Although the murder trial is over, the quest for justice for Canan and Henriett continues, as Ayşe explained:

“At present, we have been given the Missing Person’s Report, which documents many, many, failings. We are just waiting for the Domestic Homicide Review report, which is nearly done. Our solicitor will then be pushing for an inquest.”

Ayşe also wants to hold a public memorial for Canan and Henriett, so people can come and pay their respects, which was not possible because of the pandemic.

“We are arranging a big memorial in Newham this year called the ‘Table of Love and Loss’, which is in honour of the girls. We will be releasing more information in the next month.”

You can watch ‘Killer at the Crime Scene’ on Channel 5’s My 5 app on mobile devices, and on the My 5 channel under Catch Up TV on your television. Or click here to view online.