An entrepreneur, community activist and long-time Labour member, İbrahim Doğuş is the perfect case study of an immigrant’s son from a working class family who’s done good. A proud Londoner and father of two, he wants to become an MP to “make a difference to people living in our great city and make it a strong community for everyone”.

Originally from Turkey and of Kurdish heritage, İbrahim carved a name for himself in the Turkish speaking communities after taking over Halk Evi (People’s House), a community centre in Stoke Newington, at the age of 19. In a short time, he succeeded in bringing diverse strands of the community together, while also tackling difficult social issues such as anti-social behaviour, gangs, drug addiction and crime.

He remains passionate about political issues concerning his ethnic homeland. Six years ago, he formed think tank Centre for Turkey Studies (CEFTUS) to help debate the critical issues of the day through the insights of expert speakers from Turkey. The same platform is used for an annual awards ceremony for community role models, with accents on its diverse components: Turks, Kurds and Turkish Cypriots.

İbrahim exemplifies Labour values and, as a small businessman himself, formed SME4Labour to demonstrate how the party is committed to wealth creation at all levels. Several of his restaurants are located in Cities of London and Westminster, making him well placed to understand local concerns. We asked him what he would do if elected.

What are the main issues concerning residents in the Cities of London and Westminster?

Residents in the Cities of London and Westminster have expressed a wide range of concerns to me during this campaign. There is concern over air pollution in central London; and worries about what Brexit will mean for the future of our country, its laws and our financial centre.

People are worried about further cuts to education and health. Many people I spoke with told me that life under the current government has been very difficult and that they fear cuts will make it worse. Local schools are facing serious cuts. Local health and care services for the elderly are drastically under-funded, meaning that some of the area’s most vulnerable are living in appalling conditions.

It is now painfully apparent that austerity is not an effective policy and we can see its brutal results on the streets of our capital. The lack of social housing in the constituency and the raising of rents mean that many people are being squeezed out of the area. In fact, homelessness has been identified by many constituents as a serious local problem, with an increasing number of the homeless also suffering from mental health issues. Among these are former service men and this situation is truly shocking – there can be no denying that part of the capital’s crisis is due to the callous Tory cuts to social care, housing and health services.

Others in the area spoke to me about their concerns over animal welfare and fox hunting – they want the government to take more action to ensure animals are treated well. Many are shocked that the Prime Minister brought fox hunting onto the agenda when there was clearly no need.

Where do you stand on Brexit?

I voted for us to remain in the European Union and was naturally very disappointed by the result. I can really understand the temptation to try and turn back the clock, but I do not think it is a good idea. 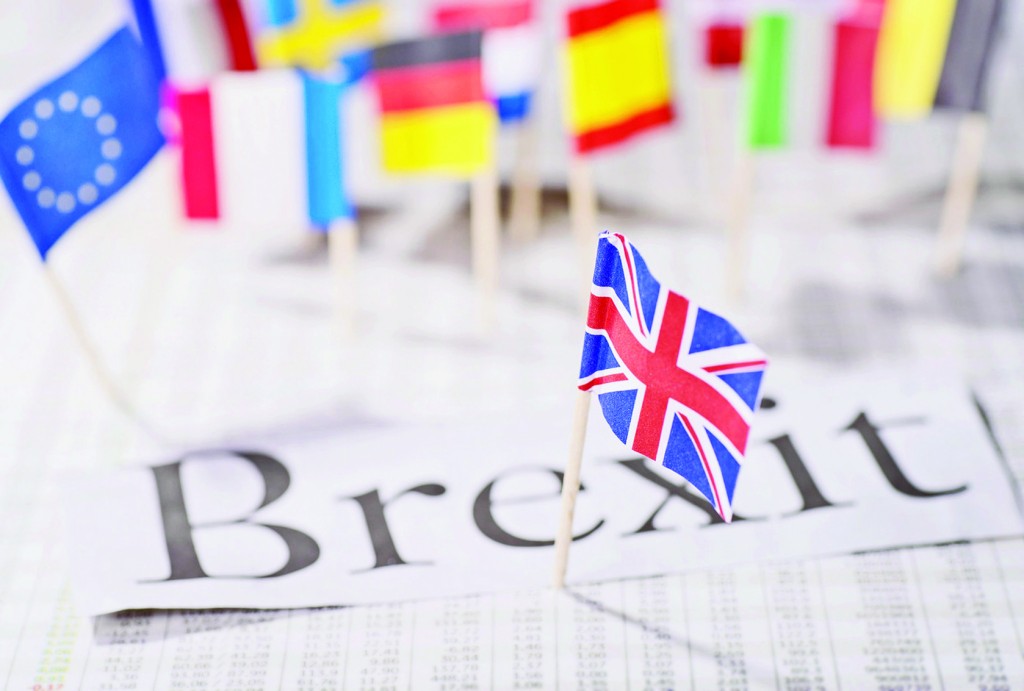 The referendum unleashed so much anger and division in this country, reflecting in part disillusionment with politics among a portion of society. I understand those who argue that the result was very tight and the campaign was marked by lies, but we have to accept the result nonetheless. I think holding another referendum would only worsen divisions and send the wrong message about the way politics works in this country.

We should accept the democratic result, despite all the controversies around the campaign, and make the best now of the situation we are in. If elected, I pledge to get the best Brexit deal possible.

Your party leader Jeremy Corbyn’s stance on Brexit – ‘to accept the will of the British people’ – is out of kilter with London voters, who overwhelmingly backed to remain in the EU. How is that playing out on the doorstep?

The Labour Party under Corbyn was in favour of remaining part of the European Union.

Accepting the will of the people is a basic component of being a democrat and is not the same as being happy with the result.

The Labour Party has been fighting to restrain the excesses of this current government, which I  fear is seeking to use this election as second referendum ‘by stealth’ to gain a mandate to get the hardest, most destructive Brexit deal possible, allowing the them to live out their fantasy of turning Britain into an offshore tax haven.

You made a powerful speech about the importance of immigrants to the British economy at this year’s British Kebab Awards, which you co-founded in 2012. Given over half the Cities of London and Westminster population were born abroad, does that make them more sympathetic to your candidacy?

I have always been of the belief that wherever you’re from, you can make it in this city if you work hard and a big part of that is thanks to the work of the Labour Party creating opportunities for everyone to get ahead.

I think my ‘get up and go’ attitude resonates with people in a constituency full of hard-working people, most of whom have never met their current MP.

I am campaigning not as an immigrant, but as a Londoner who loves his city and wants to see it be the best it can be.

The Cities of London and Westminster are a critical financial and business centre for the UK economy. Are Labour’s manifesto promises of higher corporation tax and re-nationalisation of key industries such as water and Royal Mail a vote winner in your constituency?

London is a diverse and vibrant place, and the City attracts innovative, ambitious and creative talent from all across the world. This is in part due to the impressive financial infrastructure we have and the big names that are based here, but it is also because London is a really great place to live. The young, aspirational and ambitious seek out London not Zurich!

I understand businesses’ concerns over the increase in corporation tax and I will be pushing for the party to monitor closely the effect that all of its financial policies have.

Labour is wrongly perceived as ‘anti-business’. We are in fact all for business, innovation and development. I want to help the city draw on the talent and energy available in this country in order to stay relevant. I firmly believe in supporting the drivers of that wealth and the City plays a hugely important part in that.

The City is at the forefront of global developments, sprinting ahead. The City needs a party that can keep up with its pace, not lagging behind burdened with out-dated ideologies. With Brexit looming and Macron threatening to poach big players from us, we need to be ensuring we keep key financial services and companies in London and ensure London remains an attractive destination.

You’ve been a leading political figure in London’s Turkish and Kurdish communities for over a decade. For some you are highly progressive, while others regard you with suspicion given your criticisms of Turkey on Kurdish issues and support for controversial campaigns such as the release of jailed PKK leader Abdullah Ocalan. Your views on these issues are echoed by your party leader Mr Corbyn. Is Labour an anti-Turkey party?

I have always campaigned first and foremost for a durable solution to the conflict blighting Turkey, as has Mr Corbyn. What we need is a strong dialogue to find a way forward on these issues. Clearly, many Kurds are not happy with the status quo. Ocalan is – like it or not – still a key player in this conflict and very influential – he can play a role in negotiating for a solution. I have and I continue to call for both sides to come to the negotiating table – this is the only way we can resolve this.

The Labour Party is not at all anti-Turkey. I believe the UK and Turkey should be friends, and I want an end to this conflict that has cost the lives of so many Turks and Kurds. The Labour Party bears absolutely no ill will towards Turkey; far from it. Labour has always been a good friend of Turkey. When Turkey flourishes so does its region and so can the UK if it maintains a good friendship.

But we need to be realistic about ending the conflict in Turkey. Realistic that its resolution is a matter of urgency and that it is a question of human dignity. We need to be realistic about the fact that this is not a conflict that can be ended militarily. If we care about Turkey, if we care about Kurds, and if we care about humanity generally, then we must engage realistically on this issue. Again, the Labour Party is not anti-Turkey. We are for a peaceful, prosperous and happy Turkey that enjoys a vibrant relationship with the UK based on shared values and mutual respect, and allows for both to generate wealth.

Your main competitor Mark Field MP won the seat by a margin of 9,671 votes in 2015. Do you feel optimistic about closing that gap this election?

I think we have a chance. We are running a proactive campaign based on a positive message. Mark Field is nowhere to be seen – most constituents of his I have spoken with have never had a chance to meet him – and that includes Conservative voters. There are a lot of very serious issues for people in central London and people want an MP who will listen to them and take action, not one who rests on the laurels of his safe seat.

Cities of London and Westminster is a symbolic seat – it is a national hub for finance, culture and politics. Even denting the Conservative majority here will send a message that social justice and a sense of responsibility to your fellow citizens matters here and everywhere. I think we can make a difference in this election.

You can read more about İbrahim Doğuş and his campaign here.