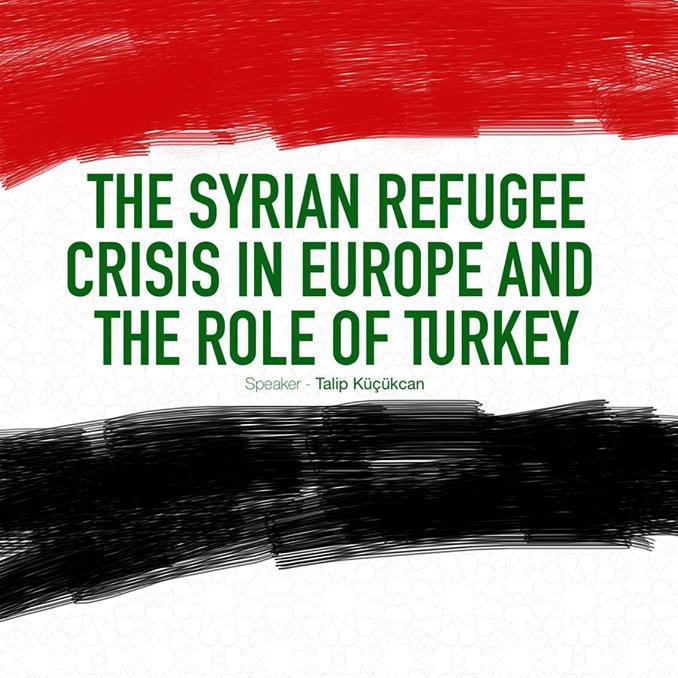 With no end in sight for the biggest humanitarian crisis of our time, the UK branch of the Union of European Turkish Democrats (UETD UK) are organising a seminar in the British Parliament to discuss the Syrian refugee crisis.

Since the outbreak of the conflict in 2011, Turkey has become a safe haven for hundreds of thousands of Syrians crossing over the border to flee the violence and destruction of their homeland. Currently there are an estimated 3 million Syrians being hosted by Turkey, which to date has cost the country some $12 billion.

At a time when serious questions are being asked about the Turkish government’s commitment to democracy, there can be no doubt as to its significant role in caring for the Syrian refugees. The scale and cost of refugees in Turkey puts the efforts of the entire European Union bloc of 28 states to shame.

Middle Eastern affairs specialist-turned-politician Talip Küçükcan is the keynote speaker at the seminar, which is being chaired by Lord Qurban Hussain in Committee Room 3 of the House of Lords. Members of the public are welcome to attend, but prior registration is needed.

Talip Küçükcan became an AKP Member of Parliament for Adana in 2015. Prior to that, he was an academic and policy advisor whose areas of expertise included Middle Eastern affairs, Turkey-EU relations, comparative secularism, freedom of worship, state-religion relations and Muslim minorities in Europe. He is a regular commentator on national and international media.

Küçükcan graduated from Uludağ University Faculty of Theoloy in 1986, before going on to gain his MA from the School of Oriental and African Studies, University of London, and a PhD in Ethnic Relations from the University of Warwick.

He was instrumental in the founding of SETA (Siyaset, Ekonomi ve Toplum Araştırmaları Vakfı), a political, economic and social research organisation, where Küçükcan first worked as the Co-ordinator of Social and Economic Research, before being appointed the Director of Foreign Policy Research. He also served as the Editor-in-Chief of Insight Turkey, a policy journal published by SETA until 2015.

During 2014 and 2015, he was the Personal Representative of the OSCE Chairperson-in-Office on Combating Intolerance and Discrimination against Muslims.

Title: The Syrian Refugee Crisis in Europe and the Role of Turkey

Admission: Free, but prior registration needed. Click here to register.