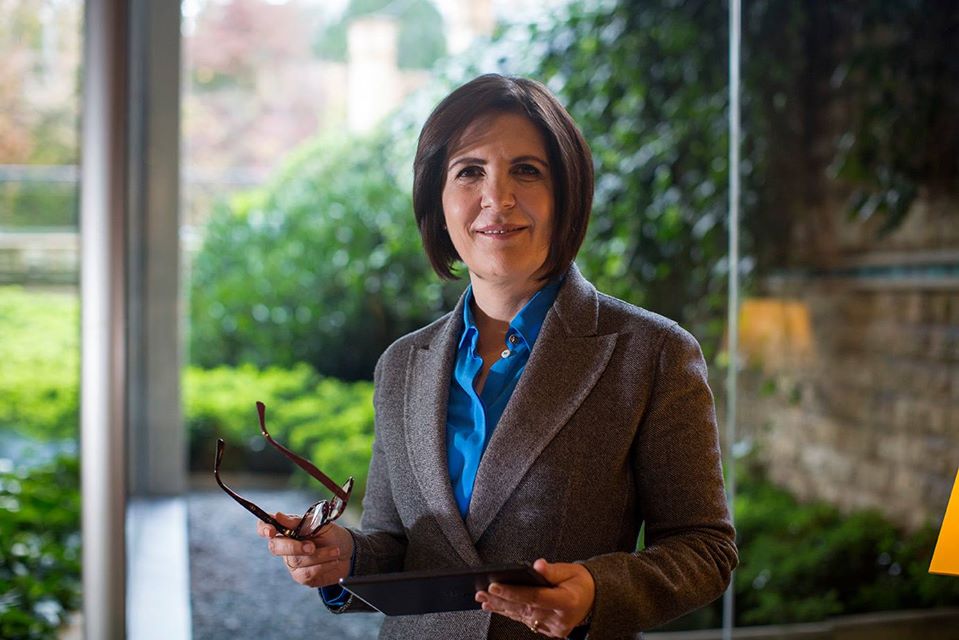 Seven Turkish Cypriot families trying to repatriate their loved ones after they died in Britain of coronavirus Covid-19 have had a major boost after two senior politicians backed their campaign.

Taking part in BRT’s daily extended news programme Bakış Açısı on Thursday, 21 May, about the challenges of managing Covid-19 in the TRNC, Dr Siber also addressed concerns about whether coronavirus-infected bodies posed a risk to public health. She repeated several times on air that, “there is no risk of transmission” of Covid-19 from the dead.

Dr Siber was speaking in her capacity as the chair of the TRNC’s Covid-19 Council of Advisors. The issue of repatriating deceased Turkish Cypriots from Britain came towards the end of the hour-long programme, when the presenter asked her about the issue.

TRNC Head of Covid-19 Council of Advisors Dr Sibel Sibel said, “There is no risk of transmitting the infection” from those who died of Covid-19

The former Prime Minister said, “We have deep trauma. Look, we shouldn’t just think of this as some header ‘The UK deceased’. There’s more to it. There are stories behind these [deaths], there’s pain, there are tales, there are traumas.”

She described two cases she is personally aware of. The first concerned a gentleman who was “visiting his children in the UK when he became sick and died of a heart attack”. Dr Siber stated that his wife and some of his children live in North Cyprus and that the deceased had “wanted to be buried here [in North Cyprus], this is where he lived of late.”

Without mentioning her by name, Dr Siber also highlighted the tragic case of 26 year-old mother of one Sonya Kaygan, who was originally from the TRNC village of Yedidalga:

“One of our young women, as you know it’s been in the press, it’s a very distressing story. She worked in a care home for the elderly…her family, her mother, father, and siblings are here. She was married. She died of Covid. Her funeral has not been able to take place yet, they [the family] want it can happen here [in North Cyprus].”

Dr Sibel Sibel discusses the risks from those who died of Covid-19 on BRT (from 48.06 minutes)

Herself a practising doctor specialising in diabetes and endocrinology, Dr Siber raised the question the TRNC public have also been asking, whether “the return of these bodies to our country pose any [public health] risks or not?”

She noted that the Council of Ministers had “made a decision and said any who of died of non-Covid causes can be repatriated. Covid ones must wait.”

Dr Siber said she had, “told the Prime Minister [Ersin Tatar] and I also want to say here that this [decision] has nothing to do with science.”

Continuing, Dr Siber said there is an “international protocol governing these funerals,” explaining that “Should they [a person] have died of any type of infectious disease, for a start they are chemically treated and precautions are taken, their coffin is disinfected and sealed accordingly, and they [the deceased] are returned in their coffin and buried in the coffin.”

“As a result, there is no risk of contagion,” Dr Sibel Siber stated, adding that this position was reflected in the international arena, citing “published university [research] papers, and Turkey’s Science Committee, and a lecturer at Harvard University,” reiterating that “there is definitely no risk of transmission” of the Covid-19 infection from the dead.

Dr Sibel took issue with the Council of Ministers decision to omit the Covid-19 infected deceased from its recent decision on repatriation:

“For humanitarian reasons, these deceased, if their families are here [in North Cyprus] and if it was their wish to be buried here, and if their families want to repatriate them, then when taking this decision [the government] shouldn’t have split the [dead] into two. There is no risk of transmission.”

Dr Sibel concluded that, “As far as the matter of funerals, there is no scientific basis for [the belief that] ‘the bodies are infectious’.”

The following day, TRNC Foreign Minister Kudret Özersay was discussing the government’s approach to easing the lockdown restrictions on another BRT programme when he was also asked about the repatriation of deceased Turkish Cypriots 42 minutes into the programme. The question, ‘What will happen to those people who died of Covid-19 in Britain and are waiting to be repatriated?’, was sent in by a viewer.

The Minister said he wanted to share his “personal view first”. Describing his position as “crystal clear”, which was that “If a person has died, from whatever cause of death, and if it was their wish, and if their family also wants this, then they should be buried wherever they want to be.”

Dr. Özersay said given there was a pandemic, it was “natural” for there to be set procedures for the repatriations. He stated that to date, ‘the Council of Ministers had taken a single decision on the repatriation issue”, which was based on the view of “experts in the health sector”, that those who had died of “non-Covid causes could be repatriated from 1 June.”

Addressing the viewer’s question directly, the Minister stated he was “no expert” on “the technical or health aspects of the risks from those who have died of Covid-19 or other infectious diseases”, and that the government would need “guidance from health experts on this matter.”

The Minister, who is also the leader of the People’s Party (Halkın Partisi) junior coalition partner, noted the “lengthy delay” in determining how to deal with requests for the repatriation of Covid-19 deceased Turkish Cypriots, adding that he was “not very happy about it.”

He empathised and “supported” the families “right to bury” their loved ones “however and wherever they wanted”, and did not agree with the current government position that “discriminated” between those who had died of Covid-19 and non-Covid-19 causes.

While underlining that “safety” could not be ignored when making decisions on the matter, Dr Özersay said he “hoped the health authorities would soon allow for all deceased to be repatriated, regardless of how they died.”

The issue rests with TRNC Health Minister Dr. Ali Pilli, who is responsible for public health. The Health Minister has publicly stated his opposition to the repatriation of all Turkish Cypriot deceased following the outbreak of the coronavirus crisis.

Health Ministry officials have controversially misled politicians and the public by initially claiming all repatriation of deceased requests were for those who had died of the virus.