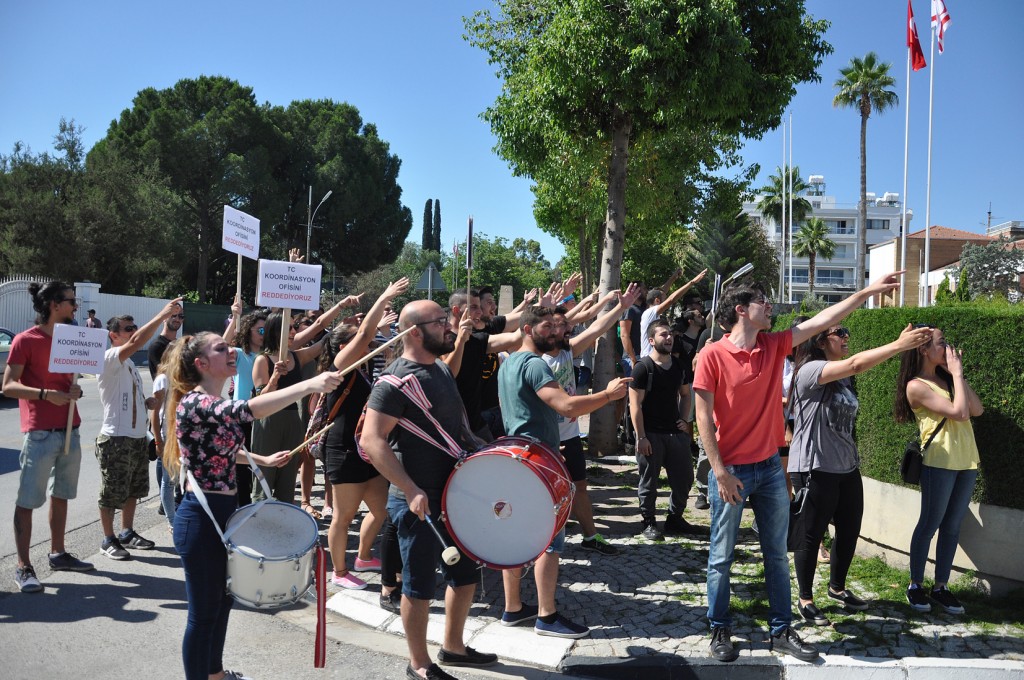 Young Turkish Cypriots are up in arms after the TRNC Parliament approved a protocol between Ankara and Lefkoşa that paves the way for the Turkish government to directly control the finance it provides North Cyprus for education, culture, youth and sport. The investments will be supervised by a new office set to open in the TRNC capital.

The Reddediyoruz Platformu (We Are Rejecting Platform) was first formed in 2014 when the idea was initially floated. Ankara and Lefkoşa discussed applying policies from a protocol, agreed in February 2015 between Turkey’s Religious Affairs Department and Ministry of Youth and Sport, to the TRNC too.

At the time, Turkey’s Minister of Youth and Sport Akif Çağatay Kılıç said their plans would result in new all-weather football and basketball pitches, as well as Kuran and calligraphy classes, and instruction in music, reading and fitness. Mass protests in the TRNC led to plans for North Cyprus being shelved.

The new UBP-DP coalition government led by Hüseyin Özgürgün recently decided to revisit the issue and forced a new law through Parliament that enables Turkey to open a TRNC co-ordinating office. The government argues they will have the final word on any contentious issues, but many Turkish Cypriots remain unconvinced.

Opposition MP Zeki Çeler, a member of TDP who supports the Reddediyoruz movement, recently told Kıbrıs newspaper the TRNC government’s “defeatist attitude” means it has already surrendered control to Ankara and so will “not have the luxury of agreeing or rejecting anything” Turkey presents them with.

Çeler believes the conditions governing the new co-ordination office’s operations already allow “the camps and youth centres in Cyprus to run the same programmes as Turkey.”

The prospect of more control by Ankara has infuriated many Turkish Cypriots, with thousands pouring on to the streets in a series of major demonstrations in June and July. The ranks of the Reddediyoruz movement have also swollen with some 70 civil society groups joining in solidarity.

Given the strength of public feeling on the issue and concerns about its legality, President Akıncı had asked MPs to defer passing the law to allow for more consultation. After the government ignored his request, the President refused to sign off the new law and instead has referred the matter to the TRNC’s Constitutional Court.

Main photo by TAK: young people protest outside the TRNC Parliament in June.