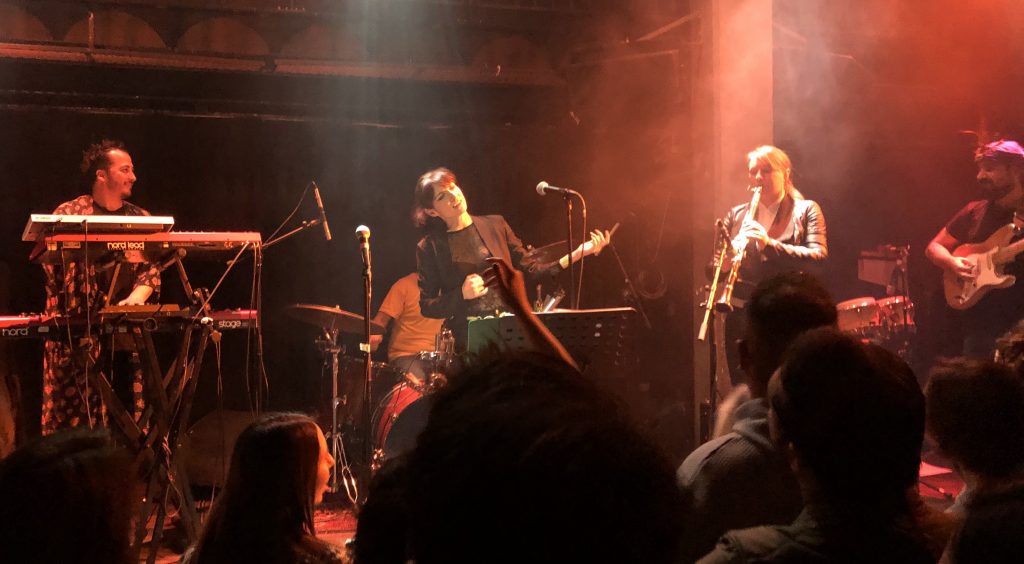 On Sunday, 19 January, a packed house at Camden’s Jazz Café celebrated the music of Barış Manço – one of the godfathers of Anatolian Rock.

This legend, who passed away 21 years ago today (1 February 1999), had a profound influence on Turkish culture. Known for his long hair, prominent jewellery and flamboyant stage costumes, he made his mark in the world of music, combining Turkish folk with rock to create the Anatolian Rock genre.

Barış Manço’s music remains as popular today as when he was alive, so when London-based singer-songwriter Djanan Turan came up with the idea of a tribute night in 2019, the event attracted masses of attention from the capital’s Turkish community.

Could Djanan and her band of virtuoso musicians and guest singers repeat the feat in 2020? You bet!

The entertainment began with the DJ playing tunes with a funky 70s vibe about them in this intimate venue. Djanan and her band, comprising of Fatih Ebrem (guitar), Taha Turan (bass guitar), Jomy (keys),  Tansay Omar (drums), Alice Mary Williamson (clarinet), and Javier Ginarte (percussions), then kicked off the evening’s musical proceedings with an outstanding and vibrant showcase of songs from Barış Manço’s extensive back catalogue.

Over two sets, each about an hour long, we were treated to a mixture of Barış Manço classics and some of his lesser known tracks.

This fabulous selection had the audience bursting with energy, as they danced and sang the night away.

Djanan was joined on stage by guest singers Dila Vardar and Çiğdem Aslan, who gave an extra melodic pizzazz to the songs, ensuring this was a lively and highly memorable tribute to Barış Manço.

It was by all accounts a five-star performance, with the audience most definitely playing its part.

Without a doubt, London’s Barış Manço tribute night is now a thing! Credit to Djanan Turan for creating the capital’s newest tradition.