Review: Harry Potter and the Prisoner of Azkaban: a cinematic masterpiece and the golden egg of the franchise 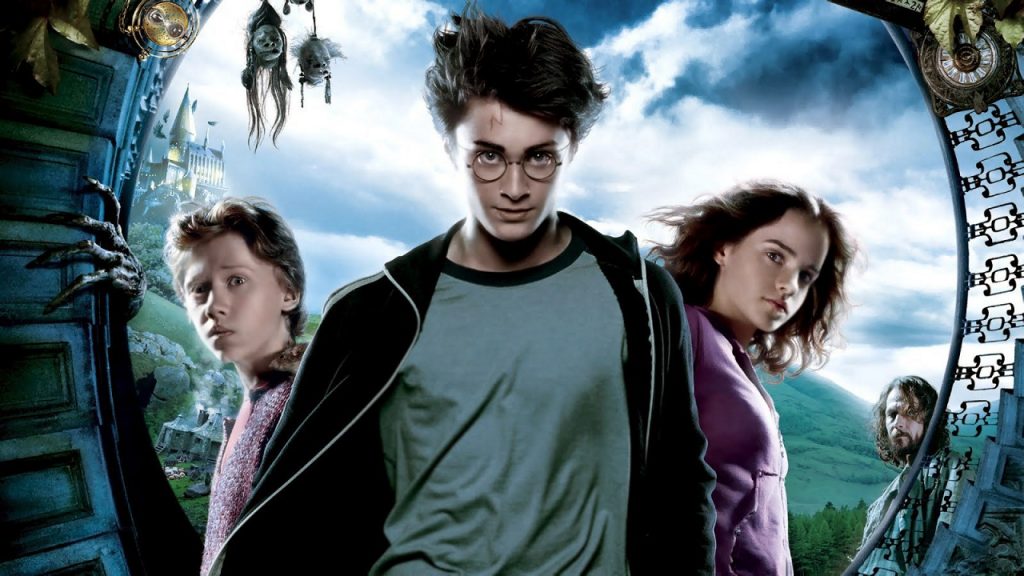 Binge watching the Harry Potter series during the Christmas season has become a yearly tradition for many regardless of age.

If we’re being honest, television networks and streaming services take advantage of almost every public holiday where there’s a family gathering to air Harry Potter marathons, but Christmas takes the cake! It’s simply a comfort franchise.

Even with its highly controversial creator, J.K. Rowling, this magical universe holds its place at the top of the food chain of fiction, so that people keep coming back to it.

Whether you’ve read the books, watched the film series or done both like a true Potterhead, one thing you’ve probably realised is that the third film, ‘Harry Potter and the Prisoner of Azkaban’ (2004), is where the story takes a darker, more mature turn. It also happens to be the majority of fans’ favourite film out of the whole series (Time Magazine, ‘All the Harry Potter Movies, Ranked’, 28 Oct. 2021).

Well, it’s time to breakdown why Prisoner of Azkaban holds that title, so you can appreciate it more when you watch it this winter season in the series’ 20th anniversary.

The tone is set from the ‘get go’. This is the first Harry Potter film where the Warner Brothers’ intro is completely dark and this shadowy theme is maintained for the following films’ intros.

Harry isn’t a kid anymore and, in true teenager fashion, he packs his bags and departs the nightmarish Dursley household after almost blowing up his “aunt” when she incessantly insults Harry’s late parents.

Family problems and revenge are indeed the core concepts of the third film, as Harry finds out his godfather, Sirius Black, whom the film is named after, has escaped from Azkaban apparently with the intention to murder Harry. The whole wizarding community of Britain is shaken up by this news and we are introduced to the dreadful, literally soul-sucking creatures, the Dementors.

Perhaps it’s the Dementors that made you feel so unsettled even from the first quarter of the movie, or the jet-black dog that appeared out of the bushes? And yet…

Taking a quick look at the scenes from the first film, Harry Potter and the Philosopher’s Stone (2001), where Harry and Malfoy come across Voldemort in the Forbidden Forest, and Harry Potter and the Chamber of Secrets (2002) where Salazar Slytherin’s gigantic reptile, the infamous Basilisk, hunts down Muggle-born students, we never truly felt frightened. The scaled down storyline of the books and adapted screenplays are not outstanding either.

Truth be told, it’s unimaginable the ‘Prisoner of Azkaban’ would rank so high on everyone’s list if Chris Columbus, the director of the first to Harry Potter movies, had cursed us by directing one more film in the franchise.

The secret behind the success of the Prisoner of Azkaban is the delivery, music and cinematography. We have Oscar-winning Mexican director Alfonso Cuarón, cinematographer Michael Seresin, composer John Williams and the sound design crew to thank for this stunning film.

Although branded in the “family” genre due to it being part of the Harry Potter series, Prisoner of Azkaban could more easily be categorised as a “thriller”. Yet there is plenty of cosiness to balance the dark ambience, which makes it such a great choice of film for winter.

This is the first film in the series where you feel like you’re standing next to Harry, or even in Harry’s shoes.

Unfortunately, Cuaron only directed one instalment of the series, showing us the potential of Harry’s universe coming to life, which we sadly never got to experience so fully again.

Harry Potter and the Prisoner of Azkaban is a true cinematic masterpiece where filmmakers enhance a mediocre plot, making it T-VINE’s number 1 movie pick to watch when you’re sipping your hot chocolate in front of the fireplace this winter.