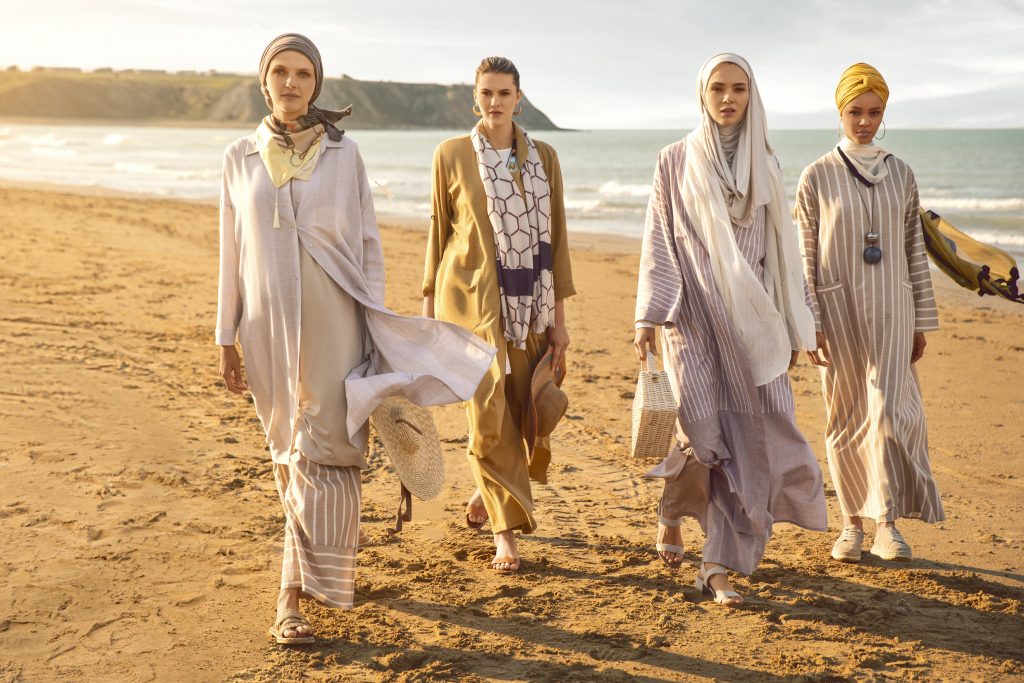 Global clothing brands who produce garments and accessories in Turkey are having to rethink their operations after Saudi Arabia imposed a ban on all goods made in Turkey.

Mango, M&S, and H&M are among those affected by the ban, according to a report by the Financial Times.

A spokesperson for Spanish retailing giant Mango told the FT they were “looking into alternatives” following customs problems for products of Turkish origin entering Saudi Arabia.

Transport companies and trade bodies have also warned Turkish and global clients about the Saudi ban on Turkish imports.

Speaking to the FT, Mustafa Gültepe, chairman of Istanbul Apparel Exporters’ Association (IHKIB), said that all retailers producing in Turkey and exporting to the Gulf state were affected.

“We are talking about all global brands that have stores in Saudi Arabia, produce in Turkey and sell over there,” he explained.

Textiles is a vital industry for Turkey. The country is among the biggest textile producers in Europe and the Middle East, exporting $17.7bn worth of ready-to-wear clothing in 2019.

The sanctions ‘unofficially’ introduced by Saudi Arabia earlier this month go beyond the clothing industry, however, affecting all Turkish imports, and tourism and investment to Turkey.

Until recently, Saudi Arabia and Turkey have shared strong bilateral trade relations, with a surplus to the Turks. According to the FT, Turkey exported $3.2bn to Saudi Arabia in 2019, with $1.9bn worth of goods and services flowing the other way.

The trade dispute between the two Muslim-majority states surfaced at the start of October when Ajlan Al Ajlan, the head of the Saudi Chamber of Commerce, called for a boycott of “everything Turkish.”

Saudis quickly amplified the hostile call on social media, leading to the Arabic equivalent of “Boycott Turkish products” trending online. The move is said to have forced some clothing retailers and suppliers to move their operations away from Turkey, according to Saudi news portal Sabq.

Ajlan Al Ajlan, the head of the Saudi Chamber of Commerce, called for a boycott of “everything Turkish”

Turkish businesses have been vocal about the long delays their exports now face at Saudi customs borders.

Although Saudi officials deny there is a boycott of Turkey, many believe the de facto ban stems from Riyadh and its close ally the United Arab Emirates’ desire to punish Ankara for meddling in the Arab world. The two Gulf two leading states and Turkey are regularly on opposing sides on a host of international issues, from Qatar to Libya and Palestine. Trade has become the latest battleground.

On Saturday, the Foreign Economic Relations Board (DEIK), the Turkish Exporters’ Assembly (TIM) and the Union of Chambers and Commodity Exchanges of Turkey (TOBB) were among eight Turkish business associations to voice their dismay at Saudi Arabia’s “increasingly negative attitude towards our country’s companies.”

The joint statement said the issue had “gone beyond bilateral economic relations and become a problem for global supply chains.”

“Any official or unofficial initiative to block trade between the two countries will have negative repercussions on our trade relations and be detrimental to the economies and people of both countries,” it added.

The boycott of goods isn’t the only Saudi-imposed ban on Turkey. In 2018, Saudi-owned television networks suddenly announced they were dropping blockbuster Turkish dramas from their schedules.

At the time, Istanbul-based journalist Par Suraj Sharma wrote in Middle East Eye that the television ban “adds a new dimension to growing tensions between Turkey and the Saudi Arabia-United Arab Emirates axis in the row over Qatar’s support for, among other things, the Muslim Brotherhood, which the Saudis and Emiratis have branded a “terrorist” organisation.”

The rift between Turkey and the Gulf’s two largest economies became acute after Ankara’s decision to stand with Doha. The Turks sent troops to a garrison in Qatar in 2017, in defiance of Riyadh and Abu Dhabi’s embargo on their small, but wealthy regional neighbour.

Tensions rapidly escalated the following year, when journalist Jamal Khashoggi was murdered inside the Saudi’s Istanbul Consulate on 2 October 2018.

It is widely believed that the 59-year-old dissident writer was assassinated on the orders of Crown Prince Mohammed bin Salman, whose policies Khashoggi was critical of.

Initially, Saudi Arabia denied any knowledge of the killing, but as evidence emerged Saudi officials were forced to admit the death. Riyadh then claimed the journalist was murdered in a “rogue operation” by a team of agents sent to persuade Khashoggi to return to the kingdom.

Twenty one people were charged with involvement the journalist’s brutal death. However, a trial held behind closed doors in Saudi Arabia last year was described as a sham. Human Rights Watch said the trial did not meet international standards and that authorities “obstructed meaningful accountability”.

The hostilities between Ankara and Riyadh and its ally Abu Dhabi remain palpable, with Libya the latest frontier. While President Erdoğan has thrown his weight behind the internationally-recognised Government of National Accord (GNA), UAE is backing the forces of renegade commander Khalifa Haftar.