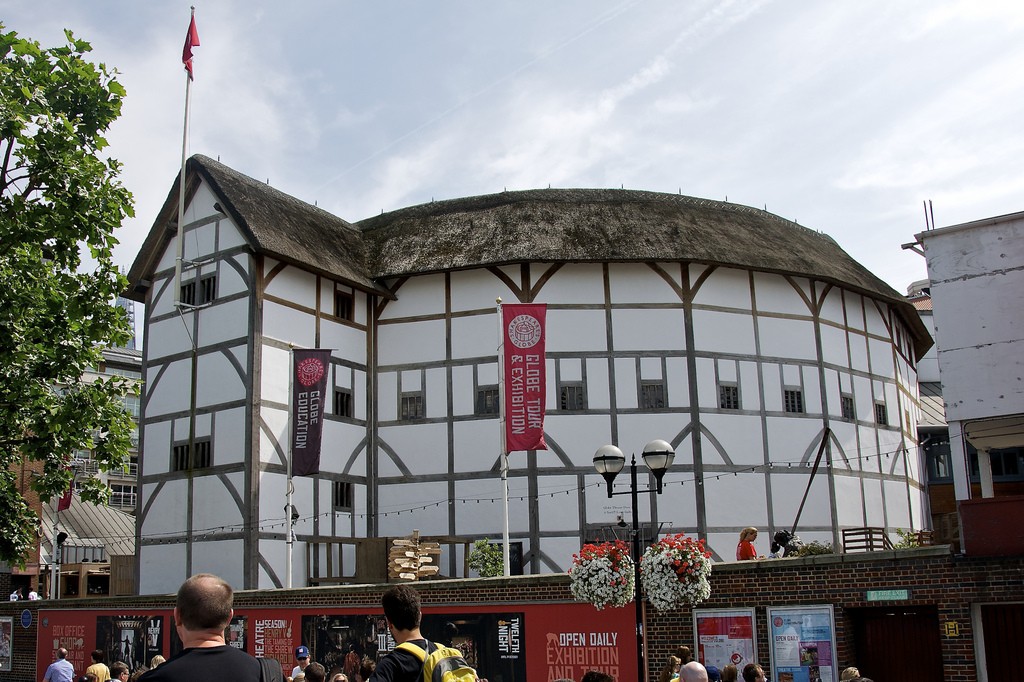 “Totus mundus agit histrionem” (all the world’s a stage)

If you’re after a theatre experience that takes you back to early 17th century Shakespearean London, then take a trip to the South Bank where one of the world’s most famous theatres is located. Although the original Globe has long gone, this modern version, built in 1997, is a fabulous venue to watch plays.

It was the vision of the American actor and director Sam Wanamaker to build a faithful recreation of Shakespeare’s Globe near its original location. He persevered despite strong opposition, although he didn’t live to see his idea realised.

Planning permission proved to be a huge challenge due to fire safety laws. Built of English Oak like the original, the theatre was constructed without any structural steel. Its roof was also a subject of debate as thatching had been outlawed after the Great Fire of London. It is the first – and only – such roof in the capital since 1666.

The original Globe was constructed in 1599 using parts from a theatre in Shoreditch. The three-storey open-air theatre held around 3000 spectators. Its base level was called ‘’The Pit’’ where ‘groundlings’ could buy a penny ticket, standing on the dirt floor to watch the performance. The same ticket today costs £5. During a performance of Henry VIII in 1613, a fire sparked by the firing cannon destroyed the theatre. It was later closed by the Puritans and eventually pulled down.

Today you can watch a great selection of Shakespearean plays: Hamlet, As You Like It, Richard II, King John and even Macbeth in Cantonese! Performances take place every day.